Topic–  Government policies and interventions for development in various sectors and issues arising out of their design and implementation.

1) Examine the reasons behind reduction in number of insured farms, agricultural area under the PMFBY.(250 words)

PMFBY is an important scheme of the govt of India, and an instrument of the goal to double the farmer’s income by 2022. The scheme offers huge scope of providing a comprehensive risk cover to farmers in India, which are faced with numerous uncertainties of nature, income and markets. It is important to know the reasons behind apparent/ real failure of the scheme.

Examine- Here we have to probe deeper into the topic,  get into details, and find out the causes or implications if any.

The question wants us to bring out the reasons behind the decrease in the  agricultural land area and the no. of farms (which is correlated with the area covered) which is/ are insured under PMFBY.

Introduction- Write a few lines about PMFBY and its importance and mention the decrease in no. of farms covered and hence agricultural land covered (30% covered against the target of covering 50 per cent of the gross cropped area by March 2019, under PMFBY.

Conclusion- Stress upon the need to remove these anomalies and bring corresponding changes in the scheme in order to achieve the aim of doubling farmers’ income by 2022.

Why the programme needs an urgent fix:

2) Discuss the aim and the working of the CITES. Also discuss the criticism faced by the organization.(250 words)

The international trade of animals and plants stands as one of the biggest threats to many endangered species worldwide. Illegal wildlife trade is approx. worth  USD 175 billion annually. India is unfortunately one of the biggest victims of wildlife trafficking. CITES is an important international institution working towards  and it is important to discuss its aim, structure, functioning as well as issues surrounding them.

The question wants us to write in detail about the aim and the working of the CITES. Also  it wants us to discuss the criticism faced by the organization.

Introduction– write a few lines about the nature of CITES and its aim- CITES  is an international agreement between governments. Its aim is to ensure that international trade in specimens of wild animals and plants does not threaten their survival.  Today, it accords varying degrees of protection to more than 35,000 species of animals and plants, whether they are traded as live specimens, fur coats or dried herbs.CITES was drafted as a result of a resolution adopted in 1963 at a meeting of members of IUCN

Conclusion- sum up your discussion by presenting CITES achievements and the form a balanced opinion on the overall importance and role of CITES.

3) Despite people’s faith in the police becoming precarious, the pace of police reforms is dismal. Critically comment.(250 words)

Introduction – Explain that while governance reforms has taken place in several departments to keep them in sync with the needs of the time, police is bereft of such reforms which has led to the clamouring for such reforms.

Conclusion – In the end, give way forward for implementation of police reforms.

Why police needs to be restructured and modernized :-

4) A plethora of regulations are already in use to combat fugitive economic crimes in India. Examine the legislative void that Fugitive Economic Offenders Bill is trying to fill and analyze its effectiveness?(250 words)

The question expects us to discuss whether any legislative void exists  in the country. Thereafter, we need to discuss the provisions of the Bill and analyze how the Bill would help us in dealing with economic offenders like Vijay Mallya and Nirav Moti.

Introduction – Highlight the background in which FEOB has been introduced in Parliament.

Conclusion – Give your view on whether the Bill would help in resolving the issue and what should be the way forward.

Biodiesel and ethanol are one the most important economically as well as technologically feasible alternatives to fossil fuel use in automobiles. India has not realized the potential in both these fronts. Here we have to concentrate on biodiesel. And it is important to discuss the reasons behind the slow progress in India’s biodiesel programme.

Examine- Here we have to probe deeper into the topic,  get into details, and find out the causes or implications if any. Based on our discussion we have to form an opinion on the issue.

The question wants us to dig deep into India’s BIOFUEL Programme and discuss what are the factors responsible for the slow progress in achieving the desired objectives of the Biodiesel part of the programme. Then we have to form an opinion on the question accordingly.

Introduction– write a few lines about India’s Biofuel policy, 2009 and it’s biodiesel component- its target/ mandate of 20% blending of ethanol and biodiesel etc. mention the failure to achieve the set targets.

Mention that In India, there is a vast potential for the production of biodiesel from Jatropha and the Indian Beech-Karanj, as they occur in plenty in forests and wastelands.Discuss in points the factors responsible for the slow progress of the biodiesel programme. E.g  an acute shortage of Jatropha seeds- due to very poor Jatropha seed yield; limited availability of wasteland and high plantation and maintenance costs rendering biodiesel projects unviable; Trial results with High Yielding Varieties (HYVs) of Jatropha for production of biodiesel have not been satisfactory; thus because of limited availability of biodiesel and the volatile nature of its prices, the speed of blending had suffered a setback; higher gestation period of biodiesel crops (3–5 years for Jatropha) results in a longer payback period and creates additional problems for farmers where state support is not readily available; sub-optimal processing and marketing infrastructure and under-developed distribution channels; several existing biodiesel plants shifted operations to adopt multiple feedstock technology; several existing biodiesel plants shifted operations to adopt multiple feedstock technology etc.

Conclusion– Bring out the importance of the success of biodiesel programme in terms of India’s primary reliance on diesel, for transportation and to achieve energy security and reduce energy imports. Write in few lines the way-forward.

Why there has been slow progress in this programme:-

6) Explain the three major groups of rocks along with their sub types which are found in Earth’s lithosphere?(250 words)

The question is straightforward in its demand. It expects us to explain the major categories of rocks along with their subtypes. We need to explain the formation, origin, characteristics and subtypes of these rocks.

Introduction – Explain that earth is made up of different types of rocks, each different from the other.

7) India is the world’s fastest growing domestic aviation market and regional connectivity is critical if this high growth is to be sustained. In this context, discuss the achievements of UDAN-RCS and the challenges lying in front of it.(250 words)

UDAN Regional Connectivity Scheme has been quite successful in improving regional connectivity in India, which fares very poor compared to the metropolitan connectivity. It is therefore essential to underline the achievements of the scheme as well as the challenges faced by it.

The question wants us to write in detail about the achievements of the UDAN-RCS and what are the challenges lying ahead of it. 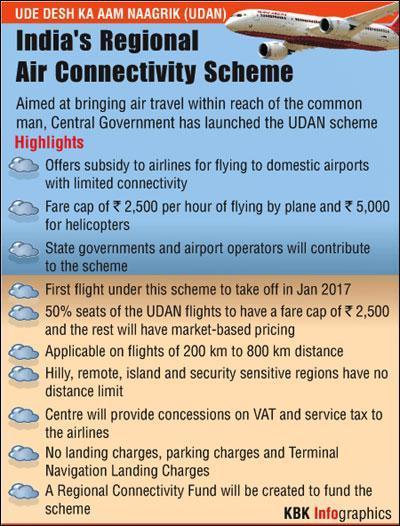