In December, the Lok Sabha passed the Muslim Women (Protection Bill, 2017), which criminalises the practice of talaq-e-bidda. This came after the Supreme Court on August 22, 2017, struck down triple talaq, calling the Islamic practice unconstitutional.

Changes in the triple Talaq Bill- The Cabinet made three amendments to the triple talaq law:

One: provision for bail:

While the proposed law will remain “non-bailable” offence, the accused can approach a magistrate even before the trial to seek bail. Under a non-bailable offence, bail cannot be granted by police at the police station. A provision has been added to allow the magistrate to grant bail ‘after hearing the wife’. “But the offence of instant triple talaq under the proposed law remains non-bailable.

The magistrate would ensure that bail is granted only after the husband agrees to grant compensation to the wife as provided in the bill. The quantum of compensation will be decided by the magistrate, as per the bill.

Another amendment makes it clear that the police would lodge FIR only if approached by the victim (wife), her blood relations or people who become her relatives by virtue of her marriage. This would settle fears that even a neighbour can file FIR as is the cases in any cognisable offence. This would check misuse.

The third amendment makes the offence of instant triple talaq “compoundable”. Now, a magistrate can use his powers to settle the dispute between a husband and his wife. Under a compoundable offence, both parties have the liberty of withdrawing the case. However, the jail term for a Muslim man who resorts to triple talaq remains three years and only a magistrate, and not a local police officer, can release the accused on bail.

What did the original Bill include?

There are three forms of talaq (divorce) in Islam: Ahsan, Hasan and Talaq-e-Biddat (triple or instant talaq). Ahsan and Hasan are revocable but Biddat is irrevocable. Biddat is considered sinful but is permissible in Islamic law. It has been banned in more than 20 Muslim countries, including Pakistan and Bangladesh. 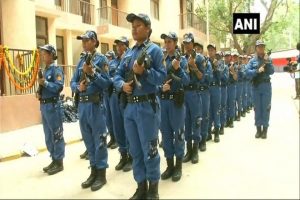 Context: Delhi will be the first police force in the country to have an all-women SWAT team. 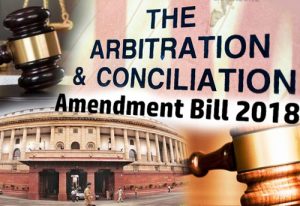 Key features of the Bill are:

Its functions include: (i) framing policies for grading arbitral institutions and accrediting arbitrators, (ii) making policies for the establishment, operation and maintenance of uniform professional standards for all alternate dispute redressal matters, and (iii) maintaining a depository of arbitral awards (judgments) made in India and abroad.

Appointment of arbitrators:  Under the 1996 Act, parties were free to appoint arbitrators.  In case of disagreement on an appointment, the parties could request the Supreme Court, or the concerned High Court, or any person or institution designated by such Court, to appoint an arbitrator.

Relaxation of time limits:  Under the 1996 Act, arbitral tribunals are required to make their award within a period of 12 months for all arbitration proceedings.  The Bill proposed to remove this time restriction for international commercial arbitrations.

Completion of written submissions:  Currently, there is no time limit to file written submissions before an arbitral tribunal.  The Bill requires that the written claim and the defence to the claim in an arbitration proceeding, should be completed within six months of the appointment of the arbitrators.

Arbitration is a settlement of dispute between two parties to a contract by a neutral third party i.e. the arbitrator without resorting to court action. The process can be tailored to suit parties’ particular needs.

Arbitrators can be chosen for their expertise. It is confidential and can be speedier and cheaper than court. There are limited grounds of appeal. Arbitral awards are binding and enforceable through courts.

It is felt that a reliable and responsive alternative dispute resolution system is essential for rapidly developing countries like India. While business disputes need speedy resolution, litigation is the least favoured method for that. The Indian judicial system is marred by delays because of which businesses suffer as disputes are not resolved in a reasonable time period. Therefore, need for alternative dispute resolution processes like negotiation, mediation conciliation and arbitration is felt from time to time.

Who are they? The Uighurs are a Muslim ethnic minority mostly based in China’s Xinjiang province. They make up around 45% of the population there. Xinjiang is officially designated as an autonomous region within China, like Tibet to its south.

Why in News? A UN human rights committee has heard there are credible reports that China is holding a million Uighurs in “counter-extremism centres”.

What is Beijing accused of?

Why is China concerned about the Uighurs?

Beijing says Uighur groups want to establish an independent state and, because of the Uighurs’ cultural ties to their neighbours, leaders fear that elements in places like Pakistan may back a separatist movement in Xinjiang.

Axis Bank has become the first bank in the country to introduce Iris Scan Authentication feature for Aadhaar-based transactions through its micro ATM tablets.

This service, which requires a customer to scan their iris on a tablet, will boost the bank’s financial inclusion efforts by making Aadhaar authentication process hassle-free and offering easier access to digital banking for consumers especially in the rural parts of the country.

Iris scan technology is completely contactless and provides up to 98.2% authentication success rate (as per study conducted by the International Centre for Biometric Research) and offers an edge over other prevalent biometric modes. 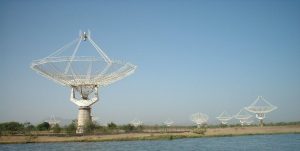 For Prelims and Mains: GMRT and its features, what are radio galaxies.

Context: Astronomers have used an Indian telescope to discover the most distant radio galaxy ever known, located at a distance of 12 billion light-years. The galaxy, from a time when the universe was only 7% of its current age was found using the Giant Metrewave Radio Telescope (GMRT) in Pune.

The distance to this galaxy was determined using the Gemini North telescope in Hawaii and the Large Binocular Telescope in Arizona.

What are radio galaxies?

Context: In a step that would further the cause of conservation of endangered and protected animals, India has got its first scientific and most modern national wildlife genetic resource bank.

It is located in Hyderabad at the Laboratory for the Conservation of Endangered Species (LaCONES), a research wing of the Centre for Cellular and Molecular Biology (CCMB).

Achievements of Laboratory for the Conservation of Endangered Species (LaCONES):

Context: NASA has launched the Parker Solar Probe – the space agency’s first mission to the sun – that will explore the sun’s atmosphere and its outermost atmosphere, the corona. The project, with a $1.5 billion price tag, is the first major mission under Nasa’s Living With a Star program.

Context: The Telangana Archives and Research Institute holds a whopping 1.55 lakh documents — all on handmade paper — including 5,000 from the period of Shah Jahan (1628-1658) and another 1.5 lakh of Aurangzeb (1658-1707). Written in Persian in Shikasta script, cursive style, the documents are linked and arranged in chronological order — date, month and regnal year-wise.