Insights into Editorial: The need for digitizing land records in India 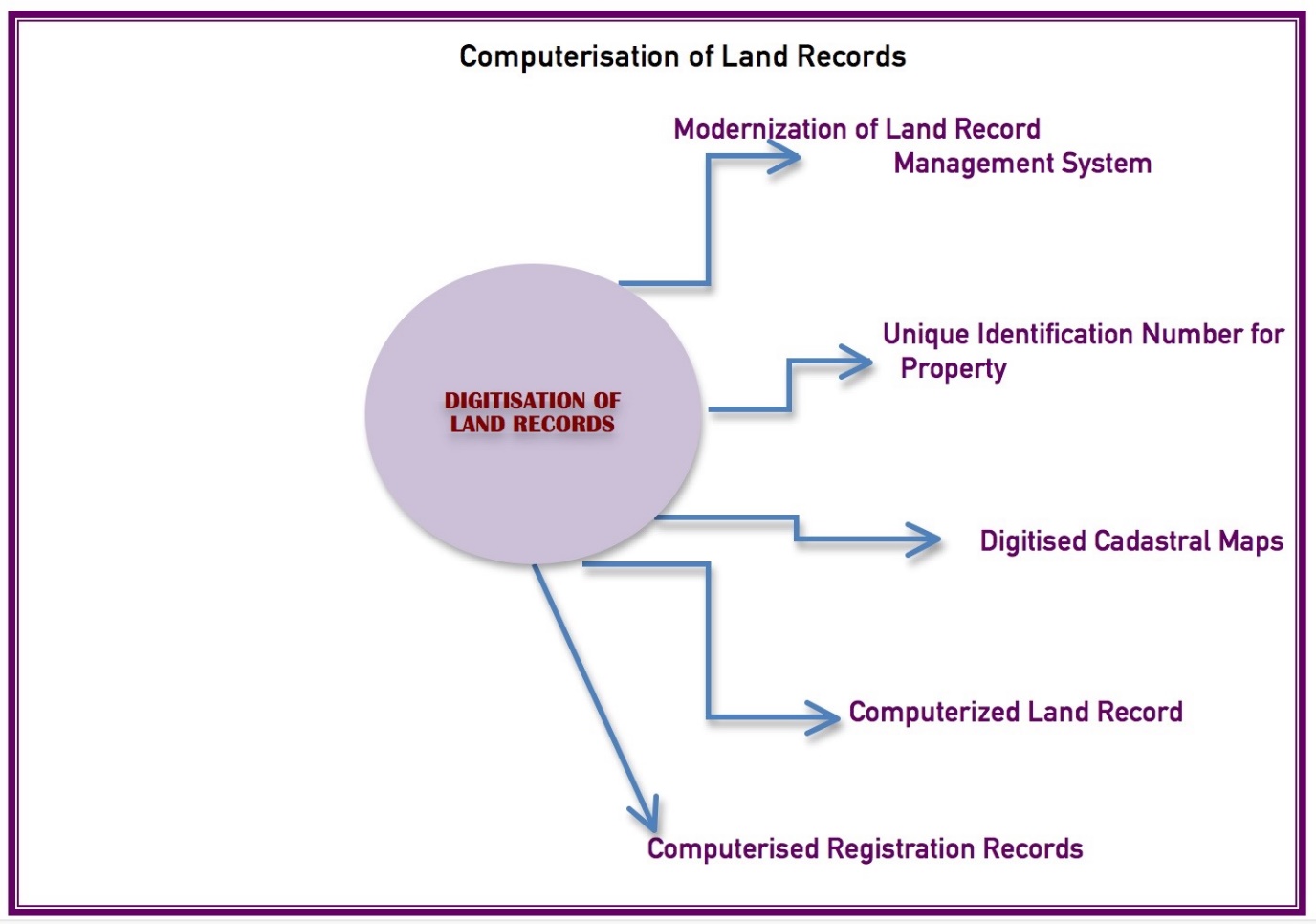 The Peruvian economist Hernando de Soto has often pointed out that a modern market economy requires a strong system of property rights. India is a mess on this front. Land titles are presumptive rather than conclusive.

That is one reason why some have estimated that nearly two-thirds of all pending cases in Indian courts are related to property disputes. NITI Aayog has said that such property cases take an average of 20 years to settle.

The result is that millions of Indians cannot use their principal asset as collateral to borrow from the formal financial system. The poor suffer the most.

The Union government has been busy trying to address this problem for almost a decade.

It is now part of the Narendra Modi regime’s flagship Digital India initiative. The broad aim:

In short, the plan is to pull a system developed in the age of zamindari into the modern era.

The progress over the past decade has been uneven, with some states, such as Madhya Pradesh, Andhra Pradesh, Telangana, Chhattisgarh, Tamil Nadu and Maharashtra, doing better than the others.

Recent study of 100 land parcels in five villages spread across two tehsils showed that the new digitized land records do a good job in reflecting ownership of land, but less so when it comes to recording encumbrances and area of land parcels.

Some of the most interesting work of sorting out the land titling mess has been done by state governments, as has been the case with labour law reforms as well. Three are worth mentioning here.

Almost 66% court cases in the country are related to land disputes costing a whopping Rs.58,000 crore in litigation, both civil and criminal.

The Indian push to digitize land records and establish conclusive rather than presumptive titles should have been completed by now. The government has now pushed the year of completion to 2021.

The delay may have been avoidable, but is understandable. Clear land titles will ease a lot of constraints from making it easier for the poor to borrow from the formal financial sector to easing commercial land acquisition for infrastructure projects instead of the misuse of eminent domain.

And, even as computerization continues, some more attention should be paid to the possibilities offered by new technologies such as blockchain.