Context: An all-women expedition team has begun its journey to Mt. Manirang from Himachal Pradesh. The expedition commemorates the silver jubilee of 1993 Women Everest expedition. 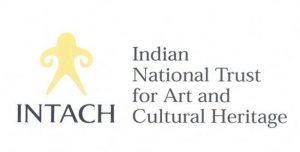 Context: The Indian National Trust for Art and Cultural Heritage (INTACH) has called for transforming heritage buildings in Rajasthan into “economic assets” for the society. Economic benefits could be derived from these properties as an alternative to paying for their upkeep on a regular basis.

About Indian National Trust for Art and Cultural Heritage (INTACH): Context: As per recent findings by a team of experts, Scrub typhus is key encephalitis cause in eastern U.P. This finding is important, given that the mite-borne disease can be treated easily if doctors look for it early.

What is Scrub Typhus?

Scrub typhus is an infectious disease with symptoms similar to any viral fever. However, it is not caused by a virus, but by a parasite called Orientia tsutsugamushi, which is transmitted by the bite of infected mite larvae in soil containing scrub vegetation.

If detected in time, the disease can be cured using antibiotics. Antibiotics like Doxycycline or Azithromycin are commonly used to treat the disease. Dengue and chikungunya are self-limiting viral diseases that do not have any treatment, apart from management of symptoms. In scrub typhus, however, administering antibiotics on time can save lives.

But, getting an early diagnosis is a problem in Himachal, where Indira Gandhi Medical College and Hospital (IGMCH) is the only scrub typhus testing and treating centre.

Topic: mechanisms, laws, institutions and bodies constituted for the protection and betterment of these vulnerable sections. For Prelims and Mains: Key features of UMANG.

Context: Recognizing the importance of reaching out to the consumers and to safeguard their interests, TRAI has now integrated its Mobile Apps namely DND 2.0 & MyCall with UMANG Platform.

A pop up requests the user to rate the call after it ends. Callers simply select their rating in the form of stars and indicate if the calls were made in indoor, outdoor or while travelling. Callerscan also provide additional details such as noise or audio delay or mark a call-drop.

Umang is an initiative to promote Digital India program. The term — Umang stands for Unified Mobile Application for New-age Governance and is envisaged to make e-governance. The application is developed by the Ministry of Electronics and Information Technology (MeitY) and National e-Governance Division (NeGD) in order to drive Mobile Governance in India.

The key goal of launching this application is to allow the citizens of India do everything online, at just a click – be it making a passport, Aadhaar or Pan, book a gas cylinder, know about your Provident fund account or resolving an Aadhaar related. Umang app basically provides a unified approach where you can install one application to avail multiple government services — almost over 100 of them. The MoU will enable this Ministry to release Central Assistance to prioritized projects under PMKSY as per the requirements from time to time.

This plant aims to create a new energy storage form that is expected to have commercial applications, while also maintaining a low carbon footprint, and being less dependent on external factors like weather. It could provide energy solutions for electrical grids, transport and telecom services.

What is thermal battery technology?

A thermal energy battery is used for storing and releasing thermal energy. It allows for available energy to be temporarily stored and be released for use whenever necessary. Standard battery technology is based on charging and discharging cycles mainly operated by electricity. The most commonly used Lithium-ion battery works on electrical energy. However, thermal batteries operate on thermal energy, which can be defined as energy created by temperature differences.

For that to happen, a thermal battery consists of two parts: a cool zone known as sink, and a hot source called source. Both these sides consist of compounds known as phase-changing materials (PCMs), which can change their state of matter on the basis of a physical/chemical reaction.

When the sink of a thermal battery receives heat, it transforms physically or chemically, thereby storing energy, while the source cools down. During operation, the sink is cooled down, so it releases the stored energy, while the source heats up. Depending on the nature of the battery, the system can derive heat from any source, which makes a thermal battery very versatile.

Use in e-vehicles technology:

The thermal batteries can be used in electric vehicles as well. India’s automobile industry has an ambitious target of going completely electric by 2030. Car manufacturers can use thermal battery technology to manufacture vehicle with clean energy at minimal maintenance cost and set up charging stations for the same.

Why is it good compared to other technologies?

Thermal battery technology was patented in India by Dr Patrick Glynn in 2016.