Context: A total of 14 lakh AWCs have been sanctioned to various States/UTs across the country which consists of about 1.36 lakh AWCs located in the urban areas.  As on 01.06.2018, 13.63 lakh AWCs (rural and urban) are operational.

As per the data captured through the ICDS Monitoring Information System, about 24.3% AWCs out of 13.63 lakh operational AWCs (rural and urban) are running in rented buildings.

What are Anganwadi Centres (AWCs)?

Anganwadi is a type of rural mother and child care centre in India. They were started by the Indian government in 1975 as part of the Integrated Child Development Services program to combat child hunger and malnutrition.

About a third of total 13.6 lakh anganwadi centres have neither toilets nor drinking water facilities.

ICDS is one of the flagship initiatives of Govt. of India that is being implemented in the state by WCD Dept. Swachh Bharat Mission (SBM) Gramin, launched on October 2, 2014 is the largest behaviour change campaign ever attempted in the field of sanitation in the world.

Aim: It aims to build an ODF (Open Defecation Free) and Swachh Bharat by October 2, 2019 as a tribute to Mahatma Gandhi on his 150th birth anniversary.

Focus: SBM-Gramin mainly focuses on ensuring the use of toilets, besides their construction. The States and their implementing agencies will be given incentives for meeting performance standards: reducing open defecation, sustaining their open defecation-free status and improving solid and liquid waste management in rural areas.

In Rural India, this would mean improving the levels of cleanliness through Solid and Liquid Waste Management activities and making villages Open Defecation Free (ODF), clean and sanitised.

Context: As part of its digital initiative, Karnataka Bank has integrated its education loan scheme/s with Vidya Lakshmi Portal of Government of India.

Vidya Lakshmi is a first of its kind portal for students seeking Education Loan.

Establishment of the University:  The Bill establishes a National Sports University located in Manipur. It will promote sports education in the areas of: (i) sports sciences, (ii) sports technology, (iii) sports management, and (iv) sports coaching.  It will function as a national training centre for select sports disciplines. It may also establish campuses and study centres in other parts of the country.  The University will be empowered to grant degrees, diplomas and certificates.

Objectives:  The key objectives of the University are: (i) research, development and dissemination of knowledge in physical education and sports sciences, (ii) strengthening physical education and sports training programmes, (iii) generating knowledge capabilities, skills and competence at various levels, and (iv) training talented athletes to help them to evolve into international level athletes.

Authorities of the University:  The Bill provides for several authorities under the University.  These include: Court, Executive Council, Academic and Activity Council, Board of Sports Studies etc.

Funding: The University will be required to maintain a fund which will be credited with the funds that it receives from the central government, state government, and fees and money received from any other sources (grants and gifts).  All funds of the University will be invested as decided by the Board on the recommendation of the Finance Committee.

Setting up of National Sports University in Manipur will result in giving an opportunity for youth of country in general and of North Eastern States in particular for pursuing courses such as B.PEd, MPEd, Diploma / certificate courses in coaching, physiotherapy, fitness, sports management, sports journalism, etc.

In the current year, considering the huge success of the Scheme, target was revised to 8 crores with budgetary allocation of Rs 12,800 crore.

Some of the objectives of the scheme are:

PMUY has been a revolutionary initiative that has transformed the lives of more than 3.57 crore households spanning across the length and breadth of the country. The initiative is in line with Governments aim to eradicate energy poverty, thereby promoting economic empowerment.

Context: The Centre has withdrawn a proposal to have hubs to monitor social media traffic and trends. The decision comes after the court had questioned the proposal in a hearing on July 13, saying this may transform the country into a surveillance state.

Concerns over the Social media hub:

It was alleged that though the stated aim of the project was to enable the government to understand the impact of social media campaigns on welfare schemes and improve the reach of such campaigns, the project had two aspects — “mass surveillance apparatus that aims at collecting and analysing huge volumes of data, and profiling people based on that” and “utilising this data to predict the mood of people online and issue responses, including those targeted at individuals or groups”.

The social media analytical tool is expected to ‘listen’ to conversations on all major digital channels, including Facebook, Twitter, Instagram, LinkedIn, Tumblr, as well as blogs and news channels. Therefore, it was contended that “such intrusive action on the part of the government, is not only without the authority of law, but also infringes fundamental right to freedom of speech under Article 19(1)(a) of the Constitution.” The move was also violative of Articles 14, 19(1)(a) and 21.

What is Social media communication hub?

The hub proposes to monitor social media (Facebook, Twitter, Instagram and even email) handles at the very local level in multiple languages to carry out “sentiment analysis”, track down the influence-making social media users and to categorise the conversations on social media into positive, negative and neutral sections.

Usage of this information:

This information would help the government in formulating policies, schemes or rectify any flaws in their implementation at the ground level so that the ultimate beneficiary who is the common man is benefited and has a direct way to communicate any complaints regarding the same to the Government.

Context: As on date, three funds have been established by the Government under the NIIF platform and registered with SEBI as Category II Alternative Investment Funds and National Investment and Infrastructure Fund II (‘Strategic Fund’) is one of those three funds.

The other two funds are National Investment and Infrastructure Fund (or Master Fund) and NIIF Fund of Funds – I. 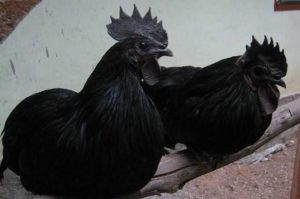 Context: The famous Kadaknath chicken meat from Jhabua district of Madhya Pradesh has now got a Geographical Indication (GI) tag. GI registration is valid up to a period of around five years till February 7, 2022. Context: Akshay Venkatesh, a renowned Indian-Australian mathematician, is one of four winners of mathematics’ prestigious Fields medal, known as the Nobel prize for math. He has won the Fields Medal for his profound contributions to an exceptionally broad range of subjects in mathematics.