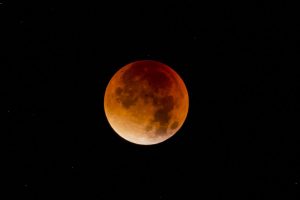 What is Lunar Eclipse?

A Lunar Eclipse (Chandra Grahan) is when one can’t see the moon at night because its position is relative to the sun and earth ensures that light doesn’t fall on the part of it we can see.

The moon gives off no light and is only visible because it reflects the light of the sun. We only see the part where light falls and thus as the earth and moon move through their orbits and different amounts of light falls on the moon, we see different phases of the moon.

What is Blood Moon?

When a lunar eclipse (Chandra Grahan) occurs, the Earth comes between the sun and moon, preventing light from falling on the moon. When this happens, the moon appears to glow red and is thus called the blood moon.

It was the longest eclipse of the 21st century. It occurred for 1 hour 43 minutes. 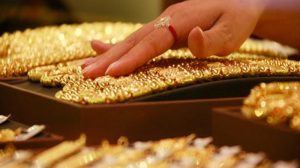 Context: The Centre has decided to set up a Domestic Council for Gold to aid exports of jewellery.

Composition of the council:

The council will represent all the jewellers of India who will be the electoral college. They will form different interest groups and elect those who will sit in the council.

The council would work towards:

Significance of the Gold Council:

It will help in creating an ecosystem to harness the true potential for jewellery-making in the country.

Context: Manipur People’s Protection Bill, 2018, passed by the state assembly recently, has been welcomed with protests across various districts in the state.

If approved by the Governor and made an Act, people who came to Manipur after 1951 would be viewed as ‘foreigners’ and would have no voting or land rights.

Rationale behind the Bill:

The influx of foreign tourists has increased exponentially in Manipur, thus creating a demographic imbalance in the region. If this was not enough, illegal immigration from Bangladesh, Nepal and Myanmar has also contributed to the crisis. This has created fear among the locals over employment and availability of resources.

At a time where there already exists stiff competition between the locals and outsiders over jobs, the outsiders mostly settle for low paid work. Hence, locals feel ILP fails to safeguard the interests of the indigenous people.

WHAT IS THE INNER LINE PERMIT?

The Inner Line Permit (ILP) is an official travel document issued by the Government of India to grant inward travel of an Indian citizen into a protected area for a limited period. It is obligatory for Indians residing outside those states to obtain permission prior to entering the protected areas.

Currently, the Inner Line Permit is operational in Arunachal Pradesh, Mizoram and Nagaland. The document has been issued under the Bengal Eastern Frontier Regulation, 1873 and the conditions and restrictions vary from state to state.

It can be issued for travel purposes solely. Visitors are not allowed to purchase property in these regions. However, there might be a different set of rules for long term visitors, though they are not valid for central government employees and security forces. 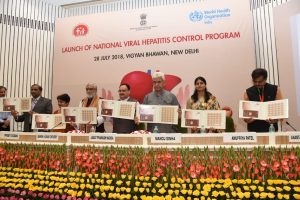 Context: With an aim to combat viral hepatitis and reduce mortality and morbidity associated with it, the Union Ministry of Health and Family Welfare has launched National Viral Hepatitis Control Programme. It was launched on the occasion of World Hepatitis Day, that is July 28.

The theme for World Hepatitis Day 2018 is “Test. Treat. Hepatitis”.

Aim: The programme aims at both prevention and treatment of hepatitis which is among leading causes of liver cancer, cirrhosis of liver and acute liver failure.

Target: It aims to treat minimum of 3 lakh hepatitis C cases over a period of three years for eliminating deadly condition by 2030.

The programme is part of National Health Mission. Under it, expensive antiviral for hepatitis B and C infections will be made available free of cost at all government hospitals.

Treatment: It will set up and upgrade facilities for diagnosis and treatment primarily of hepatitis B and C. These designated treatment centres will provide free anti-viral to hepatitis C patients. They will also provide hepatitis B vaccine to babies born to mothers carrying the virus within 24 hours of birth.

Decentralization: The programme also aims to build capacities at national, state, district levels and sub-district level up to Primary Health Centres (PHC) and health and wellness centres to scale program till lowest level of the healthcare facility in a phased manner.

Hepatitis is an inflammation of the liver. The condition can be self-limiting or can progress to fibrosis (scarring), cirrhosis or liver cancer. Hepatitis viruses are the most common cause of hepatitis in the world but other infections, toxic substances (e.g. alcohol, certain drugs), and autoimmune diseases can also cause hepatitis.

There are 5 main hepatitis viruses, referred to as types A, B, C, D and E. These 5 types are of greatest concern because of the burden of illness and death they cause and the potential for outbreaks and epidemic spread.

Context: The Ministry of Civil Aviation is planning to launch DigiYatra service at airports in a few months.

DigiYatra is an industry-led initiative coordinated by the Ministry of Civil Aviation in line with Digital India programme.

Context: Delhi government has approved ‘Mukhyanmantri Kissan Aaye Badhotri Solar Yojna’, a scheme under which farmers in the national capital will be able to lease out a part of their agricultural land for setting up of solar panels to get additional income.

Under the scheme, any farmer can rent out not more than one-third of his land to a private firm to set up solar panels at a rate of Rs one lakh per annum per acre. The panels will be set up at a height of 3.5 metres, so that the land can also be used for agriculture.

The Delhi Government departments will buy solar power from the companies participating in the scheme.

What are naturalised species?

An intentionally or unintentionally introduced species that has adapted to and reproduces successfully in its new environment.

Naturalised species reproduce naturally in the environments they colonise. Invasive species do this so prolifically that they alter the workings of the natural ecosystems they colonise or invade.

Why in News? An international team — including scientists from India — have collated information on alien plant species from several sources, ranging from online plant lists to old compilations of India’s national and regional flora. They found that as many as 471 plant species that are alien or exotic — not native to India — are ‘naturalised,’ for they can thrive in the country’s wildernesses by forming stable populations.

Highlights of the findings:

Now, the government needs to strengthen quarantine measures adopted before a plant is brought to the country.

Context: A recent publication by researchers at the School of Environmental Studies (SOES), Jadavpur University, reveals not only rise in arsenic contamination of paddy plants from ground water in West Bengal, but also that concentration of ‘arsenic accumulation’ depends on the variety of paddy and its stage in the crop cycle.

Arsenic in ground water is a geogenic contaminant i.e. caused by natural geologic processes. Incidence of high arsenic in groundwater reported from various parts of the country, particularly in the Ganga- plains is a serious threat to the health of human being.

Over the last three decades numerous measures have been initiated which includes alternate arrangement for supply of arsenic free water to the affected populace and providing arsenic removal plants. Arsenic occurrences in ground water in these areas is highly sporadic in nature and all the sources in these areas are not necessarily contaminated. 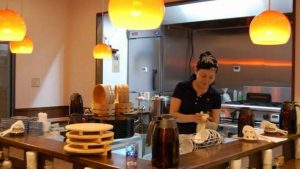 The hotel is named ‘Hostess’. The all-woman hotel is the first such initiative from a government institution in the country.