What? Researchers have discovered new strain of Ebola virus.

Where? In bats in northern Bombali region of Sierra Leone.

Early supportive care with rehydration, symptomatic treatment improves survival. There is as yet no licensed treatment proven to neutralise the virus but a range of blood, immunological and drug therapies are under development.

More than 11,000 people died in the Ebola outbreak in West Africa in 2014-2015, mainly in Guinea, Sierra Leone and Liberia. The last outbreak in the DRC was in 2014 and killed more than 40 people. The region affected lies 1,300 km north-east of Kinshasa, close to the border with the Central African Republic.

For Prelims and Mains: PMRF- objectives and significance of the scheme.

Context: The government has extended the scope of Prime Minister’s Research Fellows Scheme. The decision was made after Government failed to find adequate number of candidates for PMRF this year. Only 135 fellowships were finally offered against 1,000 positions.

Prime Minister’s Research Fellows (PMRF) Scheme will now be open to all potential researchers from 2019 and not limited to candidates from IISc, IITs, NITs, IIEST and IISERs.

Aim: The Prime Minister’s Research Fellowship (PMRF) scheme is aimed at attracting the talent pool of the country to doctoral (Ph.D.) programs of Indian Institutes of Technology (IITs) and Indian Institute of Science (IISc) for carrying out research in cutting edge science and technology domains, with focus on national priorities.

Eligibility: Under the PMRF scheme, students who have completed, or are pursuing, the final year of four year undergraduate or five year integrated M.Tech or five year integrated M.Sc. or five year undergraduate-postgraduate dual degree programs in Science and Technology streams from IIEST/IISc/IITs/NITs/IISERs and centrally funded IIITs are eligible for admission to full time Ph.D. programme in the IITs & IISc provided they fulfil prescribed eligibility criteria and finally get selected after shortlisting/written test/interview.

A research grant of Rs.2.00 lakh per year will be provided to each of the Fellows for a period of 5 years to cover their academic contingency expenses and for foreign/national travel expenses.

Other such government initiatives:

Ministry of Human Resource Development have launched Global Initiative for Academic Network (GIAN) which seeks to tap the talent pool of scientists and entrepreneurs from abroad, including those of Indian origin to augment the country’s existing academic resources. 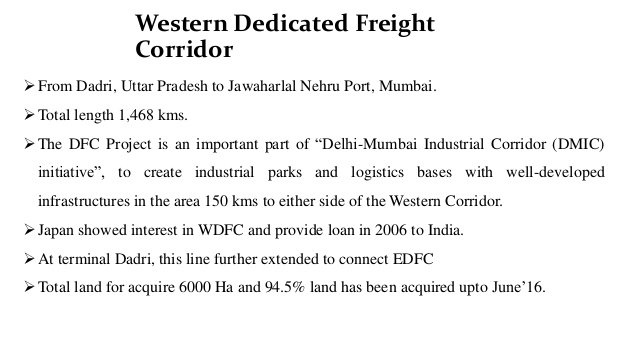 Context: Indian Railways set to get its first dedicated freight corridor on Independence Day. The 190-km dedicated freight railway line between Dadri in Uttar Pradesh and Phulera in Rajasthan falls under the Western Dedicated Corridor (WDFC).

What are Dedicated Freight Corridors (DFC)?

These are freight-only railway lines to move goods between industrial heartlands in the North and ports on the Eastern and Western coasts.

The dedicated freight-only lines are being built along the four key transportation routes – known as the Golden Quadrilateral and connecting Delhi, Mumbai, Chennai, Howrah and its two diagonals (Delhi – Chennai and Mumbai – Howrah).

The 1,504-km-long route — from JNPT to Dadri via Vadodara-Ahmedabad- Palanpur-Phulera- Rewari — Western DFC will pass through Haryana, Rajasthan, Gujarat, Maharashtra and Uttar Pradesh. It is proposed to join the Eastern Corridor at Dadri.

The DFCCIL is a corporation run by the Ministry of Railways (India) to undertake planning & development, mobilisation of financial resources and construction, maintenance and operation of the Dedicated Freight Corridors. DFCC has been registered as a company under the Companies Act 1956 on 30 October 2006.

Context: A committee headed by former Supreme Court judge BN Srikrishna recently submitted its recommendations and a draft law titled the Personal Data Protection Bill, 2018 to the government. These are two separate outcome documents submitted to the ministry of electronics and information technology that will steward a legislative effort and define the legal boundaries of the use of personal data.

The 10-member committee was set up in July 2017 to recommend a framework for securing personal data in the digital world.

The draft bill notes that “the right to privacy is a fundamental right and it is necessary to protect personal data as an essential facet of informational privacy.”

The bill also notes that it is necessary to create trust between the individual who provide their data and those who process this.

On the right to be forgotten, the bill notes that that ‘data principal’ which means the individual or the person providing their data, has a right to “right to restrict or prevent continuing disclosure.” But the bill does not allow for a right of total erasure like the European Union does.

It also gives a data processor considerable leeway when it comes to deciding on this ‘right to be forgotten.’ The bill notes that “the data fiduciary may charge a reasonable fee to be paid for complying with requests.”

Data Protection Authority of India (DPA): It proposes setting up of a DPA, an independent regulatory body responsible for the enforcement and effective implementation of the law, consisting of a chairperson and six full-time members.

Other recommendations by the committee:

The committee has recommended phased timelines for the adoption of different aspects of the privacy law, making data protection a critical component in India’s security posture rather than a mere compliance prerequisite. Also, the stringent penalties proposed on the misuse of data would create deterrence and also compel organizations to build a controls-led environment while processing or storing personal data.

A COMPARISON OF DATA LAWS IN OTHER COUNTRIES:

India to give flash flood warning to Asian nations 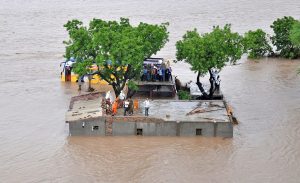 Context: India has been designated as a nodal centre for preparing flash-flood forecasts by the World Meteorological Organization (WMO). That means India will have to develop a customised model that can issue advance warning of floods in Vietnam, Sri Lanka, Myanmar and Thailand.

The World Meteorological Organization (WMO) is a specialized agency of the United Nations dedicated to meteorology (weather), climatology (climate), operational hydrology (water) and other related geophysical sciences such as oceanography and atmospheric chemistry. 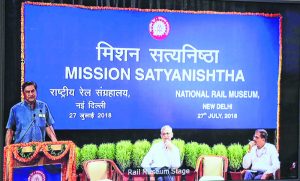 Aim: This mission aims at sensitizing all railway employees about the need to adhere to good ethics and to maintain high standards of integrity at work.

Objectives of the Mission are: