Topic: The Freedom Struggle – its various stages and important contributors /contributions from different parts of the country.

For Prelims and Mains: Features and significance of 1919 Act.

Context: This month marks the 100th year of the publication of the ‘Report on Indian Constitutional Reforms’, commonly known as the Montagu-Chelmsford Report (MCR). Edwin Montagu was the Secretary of State for India. Lord Chelmsford was the Viceroy of India.

Features of the Act:

How was it received by Indians?

The 1919 reforms did not satisfy political demands in India. The British repressed opposition, and restrictions on the press and on movement were re-enacted through the Rowlatt Acts introduced in 1919. The act allowed certain political cases to be tried without juries and permitted internment of suspects without trial.

These measures were rammed through the Legislative Council with the unanimous opposition of the Indian members. Several members of the council including Jinnah resigned in protest. These measures were widely seen throughout India of the betrayal of strong support given by the population for the British war effort.

The 1919 Act went on to become the basis for the Government of India Act, 1919 and 1935, and, ultimately, the Constitution. The key principles of responsible government, self-governance and federal structure grew out of these reforms. The Act on Indian constitutional reforms along with the Montagu Declaration are, thus, worthy claimants of the title of the Magna Carta of Modern India. Govt amends definition of hydrocarbon to include shale 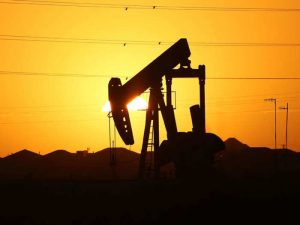 For Prelims: Definition of Hydrocarbon, What is Shale and Shale gas?, What is CBM?, Hydrocarbon Exploration Licensing Policy (HELP)- features.

For Mains: Significance of shale gas, challenges involved in its extraction and why is it so popular these days?

Petroleum will now mean naturally occurring hydrocarbons, whether in the form of natural gas, in a liquid, viscous or solid form, or a mixture of these. It, however, does not include coal, lignite and helium occurring in association with petroleum or coal or shale.

Prior to this, the definition excluded shale and therefore barred companies from exploiting it from fields that are producing conventional oil and gas or coal-bed methane.

Significance of this change:

The amendment of the definition of petroleum is a welcome move as it would open up exploration of all hydrocarbons in existing fields which is line with the new Hydrocarbon Exploration Licensing Policy (HELP).

It would help in enhancing domestic exploration and production of hydrocarbons and increasing India’s energy security and reducing dependency on imports.

The exclusion of natural gas from the purview of GST remains a deterrent to attracting large-scale investments as neither the producers nor the consumers are able to set off the taxes paid on their input and output.

While the Goods and Service Tax (GST) was implemented from July 1, 2017, crude oil, natural gas, petrol, diesel, and jet fuel (ATF) were kept out of it for the time being. No date for their inclusion in GST regime has yet been announced.

What is Coal Bed Methane?

Coal Bed Methane (CBM) is an unconventional form of natural gas found in coal deposits or coal seams. CMB is formed during the process of coalification, the transformation of plant material into coal. It is considered a valuable energy resource with reserves and production having grown nearly every year since 1989. Varied methods of recovery make CBM a stable source of energy.

What is Shale Gas?

Shale gas is a natural gas formed from being trapped within shale formations. It is unconventional source of methane, like coal-bed gas (in coal seams) and tight gas (trapped in rock formations). It is colourless, odourless gas, lighter than air. It is cheaper than natural gas, releases 50% less CO2, hence better source for generating electricity. It also provides feedstock for petrochemicals industry, which is turned into fertilizer, plastics and other useful stuff.

Open Acreage Licensing Policy (OALP) under HELP, is main innovative feature wherein investor can carve out Blocks of their own interest and submit an Expression of Interest (Eol) throughout the year. Based on the areas for which expression of interest has been expressed bidding will be conducted every 6 months. 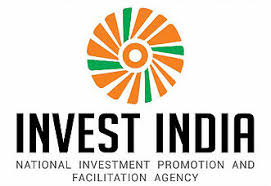 Context: Invest India and Business France have signed an MoU to promote investment facilitation and cooperation between startups of the two countries.

As per the MoU:

The goal will be to facilitate direct foreign investment by providing practical investment information to enterprises and support the companies pursuing those opportunities, which contribute positively to economic growth of the two countries.

What is Invest India?

Invest India is the National Investment Promotion and Facilitation Agency of India and acts as the first point of reference for investors in India.

Invest India is set up as a non profit venture under the Department of Industrial Policy and Promotion, Ministry of Commerce and Industries, Government of India.

A joint venture: Operationalized in early 2010, Invest India is set up as a joint venture company between the Department of Industrial Policy & Promotion (DIPP), Ministry of Commerce & Industry (35% equity), Federation of Indian Chambers of Commerce and Industry (FICCI) (51% equity), and State Governments of India (0.5% each).

Why Invest in India? What is the Earth Overshoot Day?

It is date when humanity annual demand on nature exceeds what Earth can regenerate over the entire year. It is calculated by Global Footprint Network and World Wide Fund for Nature (WWF).

The increasing burden on natural resources:

Currently, humankind is using 170% of the world’s natural output. That means we are using up the equivalent of 1.7 Earths. And, according to the Global Footprint Network , we’re on track to be using two Earths by the end of the 21st Century.

Reasons for this and what can be done?

The two greatest contributing factors to humanity’s Ecological Footprint are carbon emissions, which accounts for 60%, and food, 26%.

It is an international nonprofit organization founded in 2003 to enable a sustainable future where all people have opportunity to thrive within the means of one planet.

Functions: It develops and promotes tools for advancing sustainability, including ecological footprint and biocapacity, which measure amount of resources we use and how much we have. These tools aim at bringing ecological limits to center of decision-making.

Context: Odisha government has launched Green Mahanadi Mission. Under the mission, a total of two crore saplings will be planted on the banks of the Mahanadi.

Under the mission, a green belt with width of 1 km will be created on both sides of the river beginning from the place, where the river enters Odisha to Paradip, where it merges with the Bay of Bengal.

The plantation will be undertaken over 75,760 hectares government land besides 47,470 hectares private land.

The Mahanadi is one of the largest Indian peninsular rivers that drains into the Bay of Bengal. The 857 km long river originates in Raipur district of the central Indian state of Madhya Pradesh and flows through the eastern state of Orissa before meeting the sea.

The Mahanadi River is a river of eastern India. The Mahanadi rises in the Satpura Range of central India, and flows east to the Bay of Bengal.