Why in News? The Reserve Bank of India (RBI) will soon be releasing a new lavender Rs 100 currency note. The banknote highlights the rich and diverse cultural heritage of India as it prominently displays a photograph of ‘Rani-ki-vav’ (The Queen’s Stepwell), an 11th century architectural wonder.

Located in Gujarat’s Patan, the 900-year-old structure is a major tourist attraction, a UNESCO World Heritage site, and was awarded as the cleanest iconic place in India in 2016. It is located on the banks of Saraswati River.

Who built it? It was built by the Solanki dynasty’s queen Udayamati in the 11th century as a memorial to her deceased husband Bhimdev I.

Architectural significance: Rani-ki-Vav was built in the complex Maru-Gurjara architectural style. It highlights the sanctity of water as it is designed as an inverted temple under the earth’s surface. The central theme is the Dasavataras, or ten incarnations of Vishnu, including Buddha. The avatars are accompanied by sadhus, brahmins, and apsaras (celestial dancers). 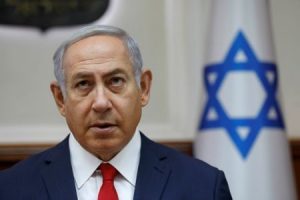 Context: Israel’s parliament has adopted a law defining the country as the nation state of the Jewish people, provoking fears it could lead to blatant discrimination against Arab citizens.

Why was this law created?

The question of Israel’s status as a Jewish state is politically controversial and has long been debated. Before now, it has not been enshrined in law.

For a country that prides itself on being the only strong and stable democracy in a region surrounded by dictators, monarchs and other authoritarian rulers inimical to its existence, this legislation changes that very character. Reducing the status of minorities further is only likely to fuel tensions in one of the most volatile regions in the world. After all, both Jewish national consciousness and Arab nationalism fuel each other.

Israel has no constitution but instead passed over time a series of Basic Laws which have constitutional status. The nation state law is the 14th such basic law. (Source: BBC).

The programme seeks to build a bridge between the Police and the larger community through school students by inculcating values and ethics in them through classes in school and outside.

The programme focuses on students of class 8 & 9 and special care has been taken to ensure that it does not lead to increase in the workload of the students.

The programme shall be steered by a State level committee to be headed by the Principal Secretary, Home Department with the Principal Secretary, Education and Director General of Police as members. There shall be a similar committee at the district level headed by the District Magistrate with the District Inspector of Schools and Superintendent of Police as members.

For Prelims and Mains: Programme and its significance.

Context: The report of the Global slavery Index 2018 has been released. It is published by the Australia-based human rights group Walk Free Foundation.

What is Modern Slavery?

Extent of modern slavery in India:

The Indian government questioned the definition of modern slavery used in the research and also the sample size for interviews and the questions posed to those surveyed.

Ministry of Women and Child Development termed the index flawed in its interpretations and as the terminology used is very broad based and words like “forced labour” need a more detailed elaboration in the Indian context where the socio-economic parametres are diverse and very nuanced.

What is Delhi Dialogue?

India’s active participation in the region:

India’s focus on a strengthened and multi-faceted relationship with ASEAN is an outcome of the significant changes in the world’s political and economic scenario since the early 1990s and India’s own march towards economic liberalisation.

Significance of India-ASEAN relations for India: Ministry of New and renewable Energy (MNRE) has drawn a scheme to set up number of solar parks across various states in the country, each with a capacity of Solar Projects generally above 500 MW.

What is a solar park?

A solar park is a concentrated zone of development of solar power generation projects and provides developers an area that is well characterized, with proper infrastructure and access to amenities and where the risk of the projects can be minimized.

Benefits of the scheme for states:

Given the large land requirement, around 4 acre per Mw, for execution of solar projects, there are inherent execution challenges related to land acquisition which vary across states, apart from issues of inadequate transmission connectivity.

As a result, efforts both from central and state governments are required to enable and co-ordinate with nodal implementation agency of a solar park, especially for land acquisition and transmission connectivity, in a time-bound manner so that solar projects of larger size can be attracted through bidding route in such parks.

Context: Three decades after its first mission to Antarctica, the government is refocusing priorities to the other pole — the Arctic—because of opportunities and challenges posed by climate change.

What made India refocus its priorities?

Climate change was a decisive factor in India re-thinking priorities. Sea ice at the Arctic has been melting rapidly — the fastest in this century. That means several spots, rich in hydrocarbon reserves, will be more accessible through the year via alternative shipping routes.