Government of India has approved the plan to reposition and further empower the North Eastern Council. The NEC is a statutory body with eight North eastern states as its members. It was established in 1971 to ensure balanced and coordinated development of North Eastern states. The new decision to appoint Home Minister as its chairman is expected to provide a forum to discuss inter-state matters more comprehensively. 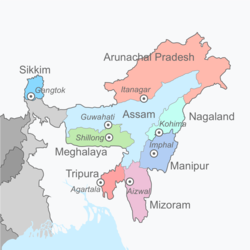 The Northeastern states face developmental issues due to their geographical location, difficult terrain and security issues. So, councils like NEC need to play their role in connecting them to mainland India and outer world in better ways. They have resources needed for development but, efforts are needed to improve infrastructure and marketing institutions for these states.