SSG is a rural cleanliness survey to rank all states and districts on basis of qualitative and quantitative evaluation.

The objective of SSG 2018 is to undertake ranking of states and districts on basis of their performance attained on key quantitative and qualitative Swachh Bharat Mission-Grameen (SBM-G) parameters. The rankings will be based on taking into account set of comprehensive cleanliness parameters.

The criteria of SSG-2018 include survey of public places, citizens’ perspective of cleanliness, their recommendations and data from SBM-G. As part of it, 6,980 villages in 698 districts across India will be covered. It will cover total 34,000 public places namely schools, anganwadis, public health centres, haat/bazaars/religious places in these villages.

The SSG 2018 will be conducted by independent survey agency in all districts from 1st to 31st August 2018. It will also take feedback from over 50 lakh citizens on SBM related issues through direct interaction as well as online feedback. The top performing states and districts are expected to be awarded on 2nd October 2018. 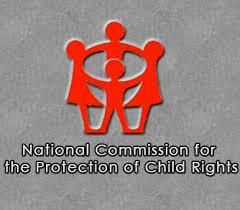 Context: NCPCR has come up with a model fee regulatory framework for unaided private schools.

NCPCR has been receiving reports that children were being harassed by school administrations and that they considered committing suicide over the fee hike issue. Context: The Supreme Court has taken a strong note of the Information and Broadcasting Ministry’s decision to set up a social media hub for monitoring online data and said that it will be like creating a surveillance state. These observations were made by the court based on a petition filed.

What is Social media communication hub?

The hub proposes to monitor social media (Facebook, Twitter, Instagram and even email) handles at the very local level in multiple languages to carry out “sentiment analysis”, track down the influence-making social media users and to categorise the conversations on social media into positive, negative and neutral sections.

This information would help the government in formulating policies, schemes or rectify any flaws in their implementation at the ground level so that the ultimate beneficiary who is the common man is benefited and has a direct way to communicate any complaints regarding the same to the Government.

The proposal to set up such a hub had turned controversial, as many called it an indirect measure to “snoop” on and influence voters. 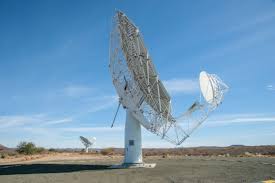 Context: South Africa has unveiled MeerKAT- a super radio telescope, a first phase of what will be the world’s largest telescope in a project to try to unravel the secrets of the universe. The telescope was inaugurated in the remote South African town of Carnarvon.

For Prelims and Mains: SKA and MeerKAT- objectives and key features. What is EPC model? What is it? Shwet Ashwa is the elite motorcycle display team of the Corps of Military Police.

Why in News? It has commenced a motorcycle expedition from Bengaluru to Drass as a tribute to the soldiers who laid down their lives during the Kargil war.