Insights into Editorial: Needed: A relook at the Indian financial structure 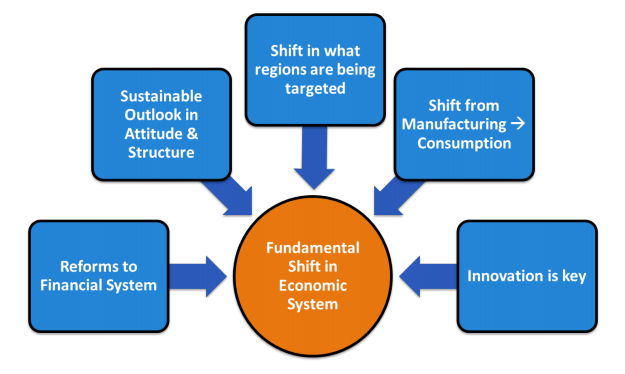 The Reserve Bank of India (RBI) has said in its latest Financial Stability Report that Indian banks will continue to be under pressure because of their bad loans.

Stress tests conducted by the central bank show that bad loans will continue to increase in the current financial year while capital adequacy will decline.

Even as the challenges of recognition, resolution and recapitalization continue to dominate the public debate, there is also a need for a debate on the financial structure that India needs in its next round of economic growth.

There have been two different financial structures till now.

The underlying logic was that a financial system that had evolved within a system of credit planning would be out of sync with a market economy.

The two Narasimham committees pushed India in the direction of universal banking, as the specialist financial institutions either converted themselves into commercial banks or withered into insignificance.

The experience of the past decade clearly shows that commercial banks have struggled to profitably lend to long-term projects. They are now weighed down with soured loans to steel, telecom, power and infrastructure projects.

One part of the problem is that public sector banks were forced to lend to these projects during the previous credit bubble, as fiscal constraints meant that infrastructure could not be built using budgetary resources.

The deeper problem is that commercial banks have been unable to convert their short-term liabilities to long-term assets for a variety of reasons. The limitations of universal banking are evident now.

Creating a new generation of development finance institutions is easier said than done. The old financial institutions could lend cheaply because they had access to subsidized capital either from international agencies or directly from RBI.

These options are neither possible nor recommended now. The old model made sense only as part of a broader framework of planned industrialization as well as centralized credit allocation. To blindly transplant the old financial structure into a market economy is not a good idea.

What India perhaps needs is a newer generation of financial agencies that can help build national infrastructure without landing in a balance sheet mess. The other alternative is deeper bond markets to provide finance to large projects.

In fact, one possibility that is often discussed is a financial structure in which large companies borrow from the bond markets while smaller companies get their funding from commercial banks.

The Indian bond market has shown some signs of life in recent years, especially after banks went slow on fresh lending because of their balance sheet troubles. However, most bonds are held to maturity, and the secondary market is still underdeveloped.

The ongoing problems in the banking sector mean that much of the policy focus is on the trio of recognition, resolution and recapitalization.

The reform debate is largely stuck on the issue of who should own banks—the government or private investors?

There is a more profound problem that needs to be addressed. What financial structure is needed over the next two or three decades?

The recent moves by RBI to give differentiated licences to payment banks, small finance banks and local banks should be seen as a move away from the earlier commitment to universal banking.

The Indian central bank has also, in an April 2017 discussion paper, floated the idea of specialist wholesale and long-term finance banks that would largely fund infrastructure projects. They would not only lend directly but also securitize priority sector loans originated by other banks as well as do takeout financing.

The funds for these specialist lenders would come from wholesale deposits, long-term deposits, debt/equity capital raised from primary market issues or private placements, and term borrowings from banks and other financial institutions.

What India perhaps needs is a newer generation of financial agencies that can help build national infrastructure without landing in a balance sheet mess. The other alternative is deeper bond markets to provide finance to large projects.

There is a need for a financial structure in which large companies borrow from the bond markets while smaller companies get their funding from commercial banks.

Much of this is still in the realm of ideas. The risks of depending on commercial banks to fund large projects are now evident. The Narendra Modi government should—in the spirit of the two Narasimham committees—begin a broader discussion on the sort of financial structure India needs for its next stage of development.