Talent surplus in India by 2030 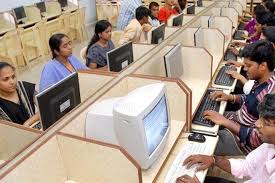 Context: According to a report- ‘The Salary Surge’, India would be the only economy that will not face an upward revision of wages by 2030, as it has a talent surplus, bucking the global trend of a talent crunch.

Unlike any other country in the study India will have a highly skilled talent surplus by 2030. 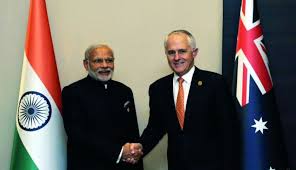 Context: The inaugural U.S.-India 2+2 Dialogue will take place in the month of July.

Significance of “2 by 2” Dialogue:

Similarly, India has 2+2 (diplomatic and security) dialogue with Japan. It was launched in 2010. The 2+2 format provides for the annual consultations over a range of overlapping security and political issues between the foreign and defence ministers of both the countries.

Context: Eurozone nations have agreed on the final elements of a plan to get Greece out of its eight-year bailout program and make its massive debt more manageable.

Greece has been surviving primarily on loans from the eurozone since 2010, when it lost market access to funds because of a ballooning budget deficit, huge public debt and an underperforming economy, matched with an expansive welfare system. Greece’s third bailout is due to end in August.

Causes of the Greece Crisis:

The European Union’s Maastricht Treaty “convergence criteria,” or requirements for a member country to use the euro as currency:

Context: The US side has pressed the Indian side to sign the two foundational agreements for defence cooperation: Communications Compatibility and Security Agreement (COMCASA), earlier known as the Communications and Information Security Memorandum of Agreement (CISMOA); and Basic Exchange and Cooperation Agreement (BECA).

India and the US have so far signed only one foundational agreement: Logistical Exchange Memorandum of Agreement (LEMOA).

COMCASA is a “technology enabler” to help transfer high-tech avionics, encrypted communication and electronic systems to India as well as ensure secrecy of its C4ISR (command, control, communications, computers, intelligence, surveillance and reconnaissance) systems from leaking to other countries like Russia. This agreement would allow the interoperability of India and United States equipments.

BECA refers to Basic Exchange and Cooperation Agreement for Geo-spatial Cooperation. This agreement would facilitate exchange of geospatial information between India and United States for both military and civilian use.

COMCASA is needed if any classified military information is required to be exchanged between US and Indian armed forces, and would allow India to fully utilise the communication security equipment on military platforms it imports from the US.

Signing COMCASA would help because such advanced technologies and sensitive equipments are generally installed on US procured systems only. This agreement could also be important for multinational operations related to rescue, disaster relief etc.

There are widespread fears that the use of American C4ISR systems could compromise India’s tactical operational security, enabling the US to keep track of Indian warships and aircraft.

India has asked the United States for a binding assurance in the Communications Compatibility and Security Agreement (Comcasa) to ensure that the secured communication equipment covered by the pact are available to India and kept operational at all times.

Besides availability of equipment at all times, India wants it put down in the agreement that the US will not share data from Indian platforms with another country and nor will it access this data without prior permission. Also, the choice to upgrade would rest with India and not determined by the US. 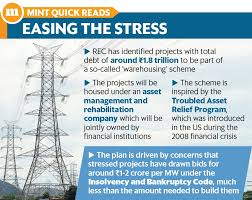 Context: The Rural Electrification Corporation has finalised a plan to revitalise stressed power sector assets in a joint venture with the Power Finance Corp and lenders. The plan is named Pariwartan and stands for power asset warehousing and revitalisation.

The ‘Pariwartan’ scheme is inspired by the Troubled Asset Relief Programme, or TARP, which was introduced in the US during the 2008 financial crisis.

For Prelims and Mains: Key features of the scheme.

FAME (faster adoption and manufacturing of hybrid and electric vehicles)

The government seeks to withdraw the cash incentives for private electric cars because it neither makes a “substantial difference in promoting sales nor serves the purpose of a clean environment”.

Currently, the government offers a discount of up to Rs 1.3 lakh on an electric car as part of its clean-energy programme, FAME (faster adoption and manufacturing of hybrid and electric vehicles). This is being proposed to be removed in the new FAME Phase 2 draft policy drawn up by the heavy industries ministry.

The stance runs contrary to the broader mobility vision that the government had projected just a few months back. As pollution rises across many top cities and smog and poisonous gases are difficult to control, the government had said it wants the entire car industry in India to switch to electric by year 2030. Last year, only around 1,500 electric passenger vehicles were sold against petrol/diesel/CNG car sales of 32 lakh.

What is it? With an aim to promote eco-friendly vehicles, the government had launched the Faster Adoption and Manufacturing of (Hybrid &) Electric Vehicles in India (FAME-India) scheme in 2015. It was launched by union ministry for heavy industries.

Facts: FAME India – Faster Adoption and Manufacturing of Hybrid and Electric vehicles in India – is a part of the National Electric Mobility Mission Plan. The scheme envisages Rs 795 crore support in the first two fiscals. It is being administered by the Heavy Industries Ministry.

For Prelims: FAME scheme and its significance.

Context: The Centre has banned terror organisation al-Qaida in Indian Subcontinent (AQIS) and all its manifestation under the stringent anti-terror law – Unlawful Activities (Prevention) Act. A notification in this regard has been issued by the home ministry.

Both al-Qaida in Indian Subcontinent (AQIS) and the Islamic State of Iraq and the Sham-Khorasan (ISIS-K), an Afghanistan-based affiliate of ISIS, have been declared unlawful by the Union home ministry as they were found to be radicalizing Indian youths for ‘global jihad’ and encouraging terror acts on Indian interests.

Currently, 39 terror outfits including ISIS, LeT, Jaish and BKI have been banned under the UAPA (Unlawful Activities (Prevention) Act).

The draconian provisions of the UAPA: