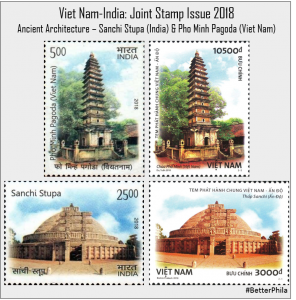 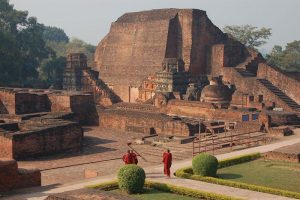 Context: The Union Cabinet has approved the proposal for withdrawal of Nalanda University (Amendment) Bill, 2013 pending in the Rajya Sabha.

The Nalanda University was established on the basis of a Joint Press Statement at the 4th East Asia Summit held in Thailand in October, 2009, which supported its establishment as a non-state, non-profit, secular and self-governing international institution. Subsequently, the Nalanda University Act, 2010 was passed by the Parliament and came into effect from 25thNovember 2010.

For Prelims and Mains: Nalanda Mahavihara- Historical importance, Highlights of the Bill.

Context: The Union Cabinet has approved the proposal of Ministry of Development of North Eastern Region (DoNER) for the nomination of the Union Home Minister as ex-officio Chairman of North Eastern Council (NEC). The Cabinet has also approved that Minister of State (Independent Charge), Ministry of DoNER would serve as Vice Chairman of the Council.

Under the new arrangement, Home Minister shall be the Chairman and Minister of DoNER as Vice Chairman, NEC and all the Governors and Chief Ministers of North Eastern States will be Members. 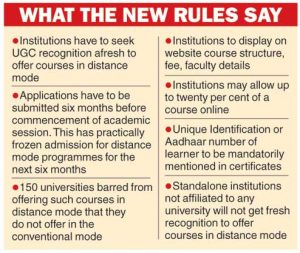 Context: The University Grants Commission (UGC) has brought out a new set of regulations to alter the conditions for recruitment and promotion of college and university teachers, so as to make universities more focussed on research and colleges on the teaching-learning process.

Theme: Celebrating progress towards elimination: Voices from the field on overcoming programme challenges.

Context: The Union Cabinet has approved the proposal for introduction of Dam Safety Bill, 2018 in the Parliament.

Need for a legislation:

There are over 5200 large dams in India and about 450 are under construction. Plus there are thousands of medium and small dams. Due to lack of legal and institutional architecture for dam safety in India, dam safety is an issue of concern. Unsafe dams are a hazard and dam break may cause disasters, leading to huge loss of life and property.

For Prelims and Mains: Highlights of the Bill and key functions of the National Dam Safety Authority.

Benefits of the Index:

Context: Noted social reformer and founder of Sulabh International Bindeshwar Pathak was recently honored with Japan’s prestigious ‘Nikkei Asia Prize for Culture and Community’. The award was given to him for his significant work in tackling poor hygiene and discrimination.