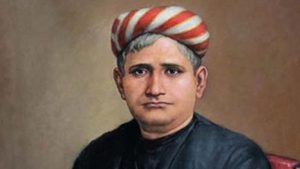 Context: The Bharatiya Janata Party (BJP) in West Bengal is planning to celebrate the achievements of Bankim Chandra Chattopadhyay. 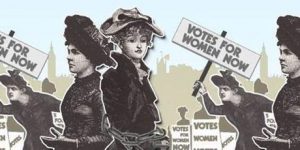 The Representation of the People Act, 1918 granted property-owning British women over age 30 the right to vote. 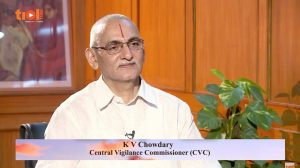 Context: Former NIA chief Sharad Kumar is the new vigilance commissioner for a term of four years or till he attains the age of 65.

Context: In an apparent bid to bring in expertise from the private sector individuals and infuse talent into the country’s bureaucracy, the government has invited “outstanding individuals” to join the government at the joint secretary level at the Centre.

So far, these posts were held by joint secretary level officers, who were career bureaucrats, who join the service after passing UPSC exam. The post of joint secretary (JS) is crucial for policy making and implementation of government programmes and schemes, with most crucial decisions in ministries and departments taken by bureaucrats appointed JS.

Though the idea of lateral entry of private individuals into the administrative framework has been under discussion for some years now, this is the first move towards implementing the idea, which is generating curious debate on the pros and cons of the move.

Shortfall in numbers: There is an overall 20% shortfall of IAS cadre officers alone in 24 state cadres. The Baswan Committee (2016) has shown how large states such as Bihar, Madhya Pradesh and Rajasthan have a deficit of 75 to over 100 officers and their unwillingness to sponsor officers to go to the Centre on deputation is understandable. Lateral induction is, therefore, a small step towards essential housekeeping in central government staffing and ought to be supported.

Target oriented: Outside talent from the private sector is more likely to be target-oriented, which will improve the performance of the government. Also, more competition will encourage career civil servants to develop expertise in areas of their choice.

Improved governance: The conventional wisdom on lateral entry is that it infuses fresh energy and thinking into an insular, complacent and often archaic bureaucracy. It enables the entry of right-minded professionals and the adoption of best practices for improving governance.

Disturbed balance: The proposal for lateral entry at senior decision-making levels, besides increasing the disconnect between policymaking and implementation, will also result in inequitable sharing of the benefits and burdens of government service, with permanent civil servants left to bear the burden of “humble” implementation and lateral entrants getting access to “glamorous” policymaking positions, without having roughed it out in remote and rural India in the rough and tumble of Indian democracy.

Deters the available talent: By suggesting a contract-based system for positions of joint secretary and above, the signal would be sent out that only mid-career positions would be within reach in about 15-18 years of service and there would be considerable uncertainty about career progression thereafter. Coupled with unattractive salary scales and non-entitlement to defined pension since 2004, this would become a potent trinity to deter talented persons from aspiring to civil service careers.

Context: The Union Ministry of Culture recently introduced a new scheme called ‘SevaBhojYojna’ to reimburse the central share of CGST and IGST on items for food/prasad/langar/bhandara offered free of cost by charitable religious institutions.

The scheme seeks to reimburse the central government’s share of Central Goods and Services Tax (CGST) and Integrated Goods and Service Tax (IGST) on purchase of raw items such as ghee, edible oil, atta, maida, rava, flour, rice pulses, sugar and jaggery, which go into preparation of food/prasad/langar/bhandara offered free of cost by religious institutions.

The main objective of the scheme is to lessen the financial burden of such charitable religious institutions, which provide free of cost without any discrimination to the general public and devotees.

The charitable religious institutions including temples, gurudwara, mosque, church, dharmik ashram, dargah, monasteries, which fulfill the following criteria are eligible for the grant:

For Prelims and Mains: Main features of the scheme.

Context: The concept of having a ‘bad bank’ to take over the troubled loans of public sector banks (PSBs) is being considered by the government to enable them to get back to business. Finance minister Piyush Goyal recently announced that a bankers’ panel would look at the feasibility of setting up a new asset reconstruction company (ARC) or asset management company (AMC) to take over bad loans of PSBs. The panel is headed by Punjab National Bank non-executive chairman Sunil Mehta.

The Bad Bank concept was pioneered at the Pittsburgh-headquartered Mellon Bank in 1988 in response to problems in the bank’s commercial real-estate portfolio. According to McKinsey & Co, the concept of a “bad bank” was applied in previous banking crises in Sweden, France, and Germany.

How does a bad bank work?

While the government has not charted out any guidelines on the structure of a bad bank, such an institution would be largely based on the principles of an asset restructuring company (ARC), which buys bad loans from the commercial banks at a discount and tries to recover the money from the defaulter by providing a systematic solution over a period of time. Since a bad bank specialises in loan recovery, it is expected to perform better than commercial banks, whose expertise lies in lending.

Why a bad bank is likely to succeed?

Whether or not the knots in the bad bank idea are sorted out, the government should focus on other reforms as well. One, amend the Prevention of Corruption Act to shield bankers and officers from investigative witch-hunts. Two, back bankers to take demonstrable action against wilful defaulters. And three, take a hard look at what ails the Insolvency and Bankruptcy Code.

Homebuyers would now be treated as financial creditors or, in other words, on par with banks, with the power to initiate insolvency proceedings against errant builders. Homebuyers shall have the right to be represented in the committee of creditors (CoC), which takes the key decision regarding revival of the company or its liquidation.

The amendment now defines related party in relation to an individual running the firm and they would be barred from bidding for the firm under the resolution process. Prior to the amendment, related party was defined only with reference to a company facing insolvency.

The amendment has changed the voting share required in CoC meetings. For extending the insolvency process beyond 180 days till 270 days and for appointment of the resolution professional (who oversees the process), now a voting share of 66% is sufficient, compared with earlier requirement of 75%. Unless a specific approval is required in the Code, all other decisions of the CoC can be taken with 51% voting share against the earlier norm of 75%.

Withdrawal from the insolvency process is permitted with the approval of 90% of voting share of the CoC.

If a financial creditor (banks and other financial institution) or his authorised representative is a related party to the company facing insolvency, it shall not have any participation or voting during a meeting of the CoC.

However, exemption is provided in case the financial creditor has become a related party on account of conversion or substitution of debt to equity shares or instruments convertible into equity shares prior to the date of commencement of insolvency proceedings.

For a company under insolvency, a moratorium period is provided during which no parallel proceedings are allowed. Whether such moratorium is available to guarantors of the company was a subject of debate. Now the amendment has said that the moratorium is not available to persons who provided guarantee for the loans availed by the corporate debtor.

Context: Scientists from ISRO have spotted for the first time a distant planet six times bigger than Earth and revolving around a Sun-like star about 600 light years away.

For Prelims and Mains: What are EPIC and PARAS?