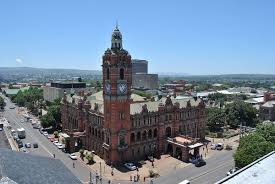 Significance of the place:

It is a railway station in South Africa where a young Mahatma Gandhi was thrown out of a “Whites-only” compartment 125 years ago. On June 7, 1893, Gandhi, then a young lawyer, was thrown off the train’s first class compartment at Pietermaritzburg station after he refused to give up his seat as ordered by racially prejudiced officials.

The incident led him to develop his Satyagraha principles of peaceful resistance and mobilize people in South Africa and in India against the discriminatory rules of the British.

For Prelims and Mains: The incident and its outcomes, the impact it had on Gandhi’s future actions.

Context: The Defence Acquisition Council (DAC) has approved procurement of high powered radars for the Indian Air Force and air cushion vehicles for the Army and the Coast Guard together worth over ₹5,500 crore.

The 12 high power radars will be procured indigenously under the ‘Buy (Indian) IDDM’ category. 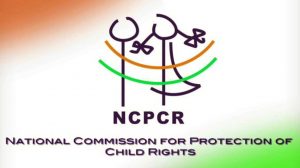 Context: Indian Railways and the National Commission for Protection of Child Rights (NCPCR) have jointly launched an awareness campaign on Protection of children in contact with Railways.

This is an endeavour to spread awareness about large number of vulnerable children coming in contact with Railways as passengers or abandoned, trafficked, run away children separated from their family. 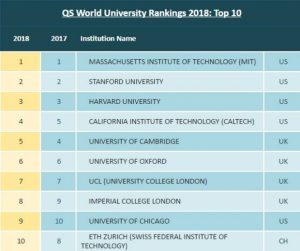 Being the only international ranking to have received International Ranking Expert Group (IREG) approval, the QS ranking is viewed as one of the three most-widely read university rankings in the world, along with Academic Ranking of World Universities and Times Higher Education World University Rankings.

The rankings are an affirmation of faith in the premier Indian higher educational institutions. The Human Resource Development (HRD) ministry has been taking several steps to improve the global rankings, especially the world-renowned IITs by providing more funds and launching the Institutes of Eminence scheme under which institutes would be freed from regulatory framework. However, there’s still work to be done beyond the top universities.

International Ranking Expert Group (IREG) emerged as a joint initiative of the UNESCO European Centre for Higher Education (UNESCO-CEPES) and a group of international ranking experts concerned with the quality of academic ranking.

Context: The government has clarified that it is not yet ready to sign the Hague treaty on inter-country abduction of children by parents fleeing a bad marriage. On the other hand, the government is planning to follow the Japan example and put safeguards in place before acceding to the Hague treaty.

There has been immense pressure from the U.S. on the government to sign the treaty though the government has long held the view that the decision could lead to harassment of women escaping marital discord or domestic violence.

Recommendations of the committee:

A Committee headed by Justice Rajesh Bindal, in April, had submitted its report on legal issues related to Inter-country removal & retention of children to the Ministry of Women and Child Development.

Over three crore Indians living abroad have cross-border marriages. When such a diverse family unit breaks down, children suffer as they are dragged into an international legal battle between their parents. Inter-spousal child removal is one of the most unfortunate outcomes of such break ups. Children are “abducted” by one parent and taken to a country with a different culture. This can be traumatic as they are also cut off from the other parent.

The Hague Convention on the Civil Aspects of International Child Abduction (1980):

The Ministry of Water Resources (MoWR), Government of India, with assistance from the World Bank, is implementing the DAM REHABILITATION AND IMPROVEMENT PROJECT (DRIP), which would be a six-year project. The Central Dam Safety Organisation of Central Water Commission, assisted by a Consulting firm, is coordinating and supervising the Project implementation.

It is a software programme – Dam Health and Rehabilitation Monitoring Application (DHARMA). DHARMA is a web tool to digitize all dam related data effectively. It will help to document authentic asset and health information pertaining to the large dams in the country, enabling appropriate actions to ensure need based rehabilitation. It is a new stride in asset management aspect by India.

Various Flood management schemes approved (Can be asked in match- the- following questions): 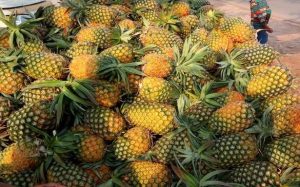