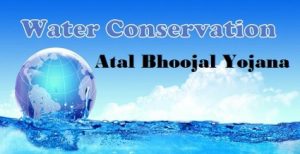 Context: The World Bank has approved Atal Bhujal Yojana (ABHY). The scheme is to be implemented over a period of five years from 2018-19 to 2022-23, with World Bank assistance.

It is a Rs.6000 crore Central Sector Scheme of the Ministry of Water Resources, River Development and Ganga Rejuvenation. The scheme aims to improve ground water management in priority areas in the country through community participation.

The priority areas identified under the scheme fall in the states of Gujarat, Haryana, Karnataka, Madhya Pradesh, Maharashtra, Rajasthan and Uttar Pradesh. These States represent about 25% of the total number of over-exploited, critical and semi-critical blocks in terms of ground water in India. They also cover two major types of groundwater systems found in India – alluvial and hard rock aquifers- and have varying degrees of institutional readiness and experience in groundwater management.

Funds under the scheme will be provided to the states for strengthening the institutions responsible for ground water governance, as well as for encouraging community involvement for improving ground water management to foster behavioural changes that promote conservation and efficient use of water. The scheme will also facilitate convergence of ongoing Government schemes in the states by incentivizing their focussed implementation in identified priority areas.

The implementation of the scheme is expected to have several positive outcomes like better understanding of the ground water regime, focused and integrated community based approach for addressing issues related to ground water depletion, sustainable ground water management through convergence of on-going and new schemes, adoption of efficient water use practices to reduce ground water use for irrigation and augmentation of ground water resources in targeted areas.

Status of groundwater in India:

Central Ground Water Authority (CGWA) is regulating ground water development in 23 States/UTs. As per the assessment of dynamic ground water resources of country carried out jointly by CGWB and State Ground Water Departments, out of the total 6584 numbers of assessment units (Block/ Taluks/ Mandals/ watershed/ Firkka), 1034 units have been categorized as ‘Over-exploited’. This may be due to increase in population, rapid urbanization & industrialization and other related factors. 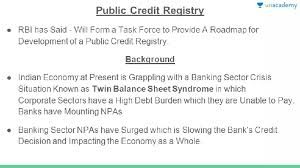 Context: To provide a single-point and real-time source for financial liabilities of a person or entity, the Reserve Bank of India has decided to set up a public credit registry (PCR) in a modular and phased manner. The decision is based on the report of RBI appointed task force led by YM Deosthalee.

What is a PCR?

The PCR will be the single point of mandatory reporting for all material events for each loan, notwithstanding any threshold in the loan amount or type of borrower. The PCR will serve as a registry of all credit contracts, duly verified by reporting institutions, for all lending in India and any lending by an Indian institution to a company incorporated in India.

Need for a public registry:

Recommendations made by the task force: 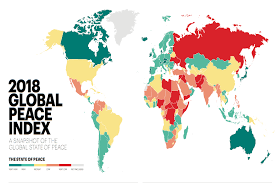 Context: Australia-based Institute for Economics and Peace (IEP), world’s leading think tank that develops metrics to analyse peace and quantify its economic value, has released the 12th edition of the Global Peace Index (GPI), or measure of global peacefulness.

Context: The Reserve Bank of India has decided to allow urban co-operative banks (UCB) to convert into small finance banks (SFB), a move aimed at bringing these entities into mainstream banking. It has been decided to allow voluntary transition of UCBs meeting the prescribed criteria into SFBs.

UCBs currently face regulation by both the RBI and the respective State governments. By turning into SFBs, they will be regulated only by the RBI.

What are small finance banks?

What they cannot do?

Cooperation in the peaceful uses of outer space

Context: The Union Cabinet was recently apprised of a Memorandum of Understanding (MoU) signed between India represented by the Indian Space Research Organization (ISRO) and Oman represented by the Ministry of Transport and Communications on Cooperation in the peaceful uses of outer space, in February, 2018 at Muscat (Oman’s port capital).

Value addition for Prelims and Mains- Treaty on Outer space:

Space exploration is governed by a complex series of international treaties and agreements which have been in place for years. The first and probably most important of them is the Outer Space Treaty.

The treaty was initially signed by the United States of America, the United Kingdom and the Soviet Union on January 27, 1967 and it came into effect from October 10, 1967. The treaty was initially called ‘Treaty on Principles Governing the Activities of States in the Exploration and Use of Outer Space, including the Moon and other Celestial bodies.

The treaty forbids countries from deploying “nuclear weapons or any other kinds of weapons of mass destruction” in outer space. The term “weapons of mass destruction” is not defined, but it is commonly understood to include nuclear, chemical, and biological weapons. The treaty, however, does not prohibit the launching of ballistic missiles, which could be armed with WMD warheads, through space.

The treaty’s key arms control provisions are in Article IV. States-parties commit not to: 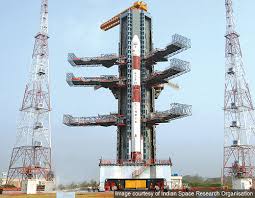 Context: In a big boost to the country’s space programme, the Union Cabinet has given the financial approval of Rs 10,911 crore for the launch of 30 PSLV and 10 GSLV Mk III rockets in the next four years.

For Prelims and Mains: Differences between GSLV and PSLV, features of various launch vehicles by ISRO. 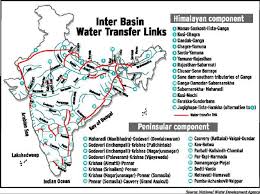 Context: The Union Cabinet was recently apprised of the progress report of Special Committee for Inter-Linking of Rivers.

The progress report on interlinking of rivers has been submitted to the Cabinet in compliance of the Hon’ble Supreme Court judgement. The court had directed the Union Government of India to constitute a Special Committee for Interlinking of Rivers.

Need for interlinking of rivers:

The interlinking project aims to link India’s rivers by a network of reservoirs and canals that will allow for their water capacities to be shared and redistributed. According to some experts, this is an engineered panacea that will reduce persistent floods in some parts and water shortages in other parts besides facilitating the generation of hydroelectricity for an increasingly power hungry country.

Redistribution: India receives most of its rain during monsoon season from June to September, most of it falls in northern and eastern part of India, the amount of rainfall in southern and western part are comparatively low. It will be these places which will have shortage of water. Interlinking of rivers will help these areas to have water throughout the year.

Boost to agriculture: The main occupation of rural India is agriculture and if monsoon fails in a year, then agricultural activities come to a standstill and this will aggravate rural poverty. Interlinking of rivers will be a practical solution for this problem, because the water can be stored or water can be transferred from water surplus area to deficit.

Disaster mitigation: The Ganga Basin, Brahmaputra basin sees floods almost every year. In order to avoid this, the water from these areas has to be diverted to other areas where there is scarcity of water. This can be achieved by linking the rivers. There is a two way advantage with this – floods will be controlled and scarcity of water will be reduced.

Transportation: Interlinking of rivers will also have commercial importance on a longer run. This can be used as inland waterways and which helps in faster movement of goods from one place to other.

Employment generation: Interlinking also creates a new occupation for people living in and around these canals and it can be the main areas of fishing in India.