Context: Accusing the Centre of running an “anti-worker government”, leading trade union body AITUC is planning to launch a nationwide campaign against the government.

For Prelims: AITUC- founders and objectives of the union.

Context: Based on the observations made by Parliamentary Standing Committee and recommendation made by the National Commission for Women on the basis of consultation with civil society groups and likeminded individuals, WCD has proposed amendments in IRWA keeping in mind the recent technological advancement in the field of communications such as social media platforms, over the top services etc.

Reforms have been proposed keeping in mind the recent technological advancements. The need was felt to widen the scope of the law so as to cover such forms of media on one hand and to strengthen the existing safeguards to prevent indecent representation of women through any media form on the other. Hence, the Indecent Representation of Women (Prohibition) Amendment Bill, 2012 was introduced in Rajya Sabha December, 2012 which referred the Bill to Department related Parliament Standing Committee for consideration. 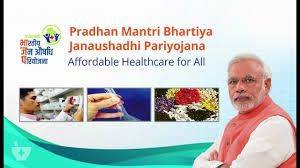 Context: The government has launched the ‘JANAUSHADHI SUVIDHA’, the Oxo-biodegradable Sanitary Napkin, under the Pradhan Mantri Bhartiya Janaushadhi Pariyojana (PMBJP). The affordable sanitary napkins will now become available at over 3600 Janaushadhi Kendras functional in 33 States/UTs across India.

Jan Aushadhi Suvidha comes with a special additive, which makes Sanitary napkin biodegradable when it comes in contact with oxygen after being discarded. This would ensure ‘Swachhta, Swasthya and Suvidha’ for the underprivileged Women of India and go a long way in the achievement of vision of Affordable and Quality Healthcare for All.

The average price of sanitary napkins available in the market today is around Rs. 8 per pad, whereas now with the launch of the SUVIDHA napkins at Rs. 2.50 per pad, this will go a long way in making the basic hygiene requirement aid for Women affordable for the underprivileged sections.

This is one of the most important requirement in ensuring the Health Security to that section of Women in India who still use unhygienic aids during menstrual period due to non-affordability of some of the popular brands of sanitary napkins available in the market today. Such unhygienic aids cause fungal infections, Reproductive Tract Infection, Urinary Tract Infection, Cervical cancer and also make women vulnerable to infertility.

According to the National Family Health Survey 2015-16, about 58% of women aged between 15 to 24 years use locally prepared napkins, sanitary napkins and tampons. Further, about 78% women in urban areas use hygienic methods of protection during menstrual period; only 48% women in rural areas have access to clean sanitary napkins. 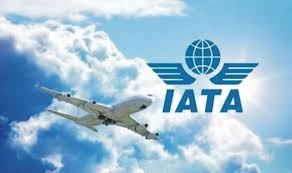 The government had announced the implementation of the GST from July 1, 2017. The tax covers airline products and services including tickets, ancillary, change, refund and other products and fees.

For Prelims and Mains: IATA and its structure.

Context: MoEFCC and TERI have entered a Memorandum of Understanding (MoU) to set up a resource efficiency cell in the Ministry.

India’s large population, rapid urbanization and expanding industrial production have led to exploitation of available limited natural resources with concerns regarding resource depletion and future availability becoming more pronounced. Ensuring resource security requires and integrated, concerted and collaborative approach in order to fulfill the needs of a vast and growing population. Also, the environmental burdens emanating due to resource extraction, utilization and disposal, including land degradation, biodiversity loss, as well as air and water pollution remain of great concern, Enhancing resource efficiency (RE) and promoting the use of secondary raw materials (SRM) is a pertinent strategy to address these challenges and reduce dependence on primary resource. 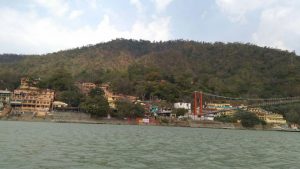 Context: A group of 427 trained volunteers, called Ganga Praharis, are reaching to each and every house in areas along river Ganga to educate them about the importance of protecting river’s bio-diversity. They are spread over Ganga basin states of Uttarakhand, Uttar Pradesh, Jharkhand, Bihar and West Bengal.

They are new grassroot-level volunteers to protect the bio-diversity of river Ganga. They are roped-in by Wildlife Institute of India (WII), Dehradun as part of the “Biodiversity Conservation and Ganga Rejuvenation” project being sponsored by National Mission for Clean Ganga (NMCG) under the aegis of the Namami Gange programme.

Ganga Praharis are well trained in ecological monitoring of Ganga aqua life, plantation techniques, awareness creation and community mobilization. They are trained through a series of national, state and site level workshops in diverse skills such as ecological surveys, rescue and rehabilitation of aquatic species, awareness meetings, social interactions and green livelihood skills. 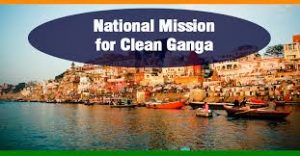 The order envisages five tier structure at national, state and district level to take measures for prevention, control and abatement of environmental pollution in river Ganga and to ensure continuous adequate flow of water so as to rejuvenate the river Ganga as below:

What is it? It is an evacuation of Stranded Indians from Socotra, Yemen.

What happened? 38 Indian nationals were stranded on the Yemeni island of Socotra in the aftermath of cyclone Mekenu.

About Changi naval base: Changi Naval Base (CNB) is the latest naval facility of the Republic of Singapore Navy (RSN) and was built to replace Brani Naval Base.