Insights into Editorial: The smart cities project must promote diversity 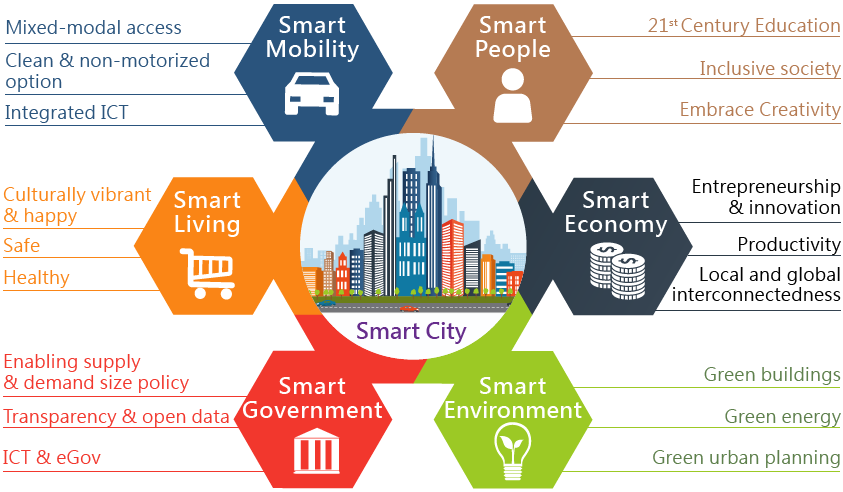 India is urbanizing at 100 times the scale of the first country in the world to urbanize—the UK.

India’s urban population will reach 600 million people by 2030, twice the size of the US. India will urbanize in just one-tenth of the time taken by developed countries.

How will urbanization and smart cities impact growth and jobs? Will it take place through specialisation or diversification?

The field of city agglomeration and city clusters notes that similar firms from the same industry benefit from locating together.

Smart cities function as special purpose vehicles diverged from regular urban governance structures. It can create islands of development rather than an inclusive all round development of the city.

State and local governments lack fine-grained data or the capability to analyse them in order to understand the evolving needs of their communities. Although India’s Smart Cities Mission has identified more than 20 priority areas, interventions by the respective agencies are weak.

There is an inadequate emphasis on the functioning of urban local bodies. The Area Based Development approach – development of a sewage system somewhere or a web of roads in another city – will cover just about three per cent of the urban areas associated with these smart cities.

The diversity index considers the district’s industrial composition. It asks, looking across all industries in a district, the overall degree to which the district resembles India.

We use enterprise and establishment-level data that comes from the economic censuses of India (e.g. Annual Survey of Industries, National Sample Survey).

Our idea of designing a future city was that it should be able to significantly improve the life of the citizens. In that sense, the focus is on the project being able to provide an extra free hour for its residents.

Indices on specialization and diversification:

A district can be both specialized and diversified.

This happens, for example, if it has a large industrial base in many different industries. For example, Jaunpur district in Uttar Pradesh exhibits high specialization in radio equipment, and also has a high level of diversity.

Trends that can be observed on how specialization and diversification have impacted city growth:

Since the smart city mission in India is largely devoted to turning existing cities into modern ones, using redundant buildings or complexes for newer purposes could be of significant advantage. This would also require the state government being quick and flexible in allowing people to change the usage of their land, something that is quite cumbersome at present.

Smart Cities are an incredibly complex concept, combining the adoption of new technologies, the development of new governance, the establishment of a new link with citizens, the cross-functional operation of the city and the improvement of the experience of the users of the city.

The Smart Cities will therefore emerge from chaos and diversity. I do not imply that certain projects are short-term necessarily costly and unnecessary.

Each Smart City project must have its own strategy, its close objectives in relation to the challenges that the city must address and find, over time, the right compromise between benchmarking and innovation in order to feed this movement of mutual fertilization needed by all the cities of the world.

The strongest expressions of employment growth due to diversity are in settings not often linked to the theories of diversity’s benefits. The effects are sharper in rural areas of districts, in districts with low population density, and among the small enterprises in the unorganized/ informal sector.

Great cities across the world like London, or Madrid all are self-sustained and generate own resources. They are well governed by elected mayor, and have financial, geographic, and political scale. External help has limited role to play in smart city project and local sources will bring ultimate success.

India’s city growth shows the “inclusive nature” of smart urbanization where city diversification promotes employment growth. There are many channels through which diversity is linked to local employment growth.

Beyond the standard arguments about diversity in nursery cities and innovation, we need to understand the role of diversity outside of the most prominent clusters.

India needs to further build on the inclusive nature of smart urbanization, which has integrated a broader set of industries and exhibited greater employment growth.