India completed 20 years of its journey as a nuclear power on 11 May 2018. The nuclear test on Pokhran was conducted by then Prime Minister Mr. A.B. Vajpayee. It was greeted with jubilation in India while it proved to be a surprise for rest of the world which reacted by putting several sanctions to India in the coming years. But, India has now not just overcome the international obstacles, it has been successful in striking nuclear deal with the United States. It also got a waiver from the Nuclear Suppliers Group and became members in 3 out 0f 4 Multilateral Export Control Regimes. 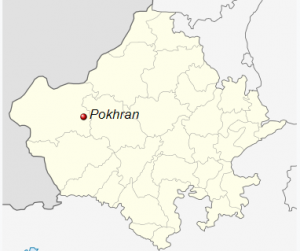 Efforts towards building a nuclear bomb, infrastructure and research on related technologies were undertaken by India since World War II.

1950s: Preliminary studies were carried out at BARC on plans to produce Plutonium and other bomb components.

Since the formation of India’s Atomic Energy Commission in 1948, India’s nuclear power has managed to reach only 6780 MW with 22 nuclear reactors. But with NSG membership and subsequent opening of the market, India will be able to achieve 60,000 MW power by 2030.

While the US, Japan and Germany have supported India’s bid for India’s NSG membership, China remains the biggest obstacle. China should reconcile itself to India’s growing role in the world and look at a very positive nuclear doctrine India has.

Thus, starting from the tests of Pokhran which led India to isolation, with NSG membership India would be a member of all the four Multilateral Export Control Regimes.