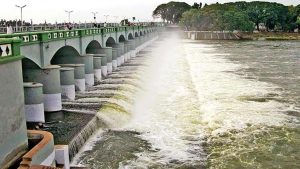 Context: The Supreme Court has ordered the Central government to implement its draft Cauvery Management Scheme after finding it in consonance with its February 16 judgment. The court also found the draft scheme in conformity with Section 6A of the Inter-State River Water Disputes Act.

The apex court, in its verdict delivered on February 16, had asked the Centre to frame the Cauvery management scheme, including creation of the Cauvery Managament Board, for release of water from Karnataka to Tamil Nadu, Kerala and Puducherry.

Modifications made by the Court:

About the Cauvery Management Scheme:

The dispute began with Karnataka’s demand of ‘equitable sharing of the waters’ after it expanded farming activities in the Cauvery basin. It claimed that the previous agreements, which happened between erstwhile Madras Presidency and Kingdom of Mysore in 1924, were highly skewed to what is present day Tamil Nadu. Tamil Nadu used to get about 602 TMC of the total water, leaving only about 138 TMC for Karnataka.

Context: The Commission for Scientific and Technical Terminology has decided to adopt the word ‘AYUSH’ in Hindi and English languages for scientific and technical purposes.

As approved by the Commission, the word ‘ayush’ will have the meaning “Traditional and Non-Conventional Systems of Health Care and Healing which include Ayurveda, Yoga, Naturopathy, Unani, Siddha, Sowa Rigpa, Homoeopathy etc.

The “AYUSH” became popular as the acronym for five traditional and complementary systems of medicine, namely Ayurveda, Yoga & Naturopathy, Unani, Siddha and Homoeopathy and successfully adopted and used in all Government communications.

This decision will give a boost to India’s efforts to find a place for the Indian Systems of Healthcare in the International Classification of Diseases (ICD) of the World Health Organization.  The Indian systems finding a place in ICD will lead to their international acceptance, increased rigor of research in them and their over-all development.

About International Classification of Diseases (ICD):

Uses include monitoring of the incidence and prevalence of diseases, observing reimbursements and resource allocation trends, and keeping track of safety and quality guidelines. They also include the counting of deaths as well as diseases, injuries, symptoms, reasons for encounter, factors that influence health status, and external causes of disease.

Commission for Scientific and Technical Terminology:

The Commission for Scientific & Technical Terminology (CSTT) was set up on December 21, 1960 by a resolution of Government of India under the proviso to Clause (4) of Article 344 of the Constitution with the objective to evolve and define scientific and technical terms in Hindi and all Indian languages; publish glossaries, definitional dictionaries, encyclopaedia. 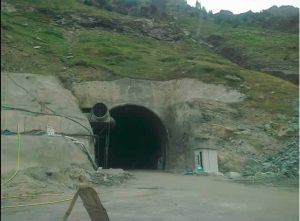 Context: The construction of the much-awaited infrastructure project Zoji La tunnel has begun.

About the Zojila pass tunnel:

What is it? It is a 14.2-km long tunnel project in Jammu and Kashmir to provide all-weather connectivity between Srinagar, Kargil and Leh, which remains cut-off from the rest of India during winters due to heavy snowfall. “Zojila tunnel will be the longest bi-directional tunnel in Asia.

Implementation: The project will be implemented by the ministry of road transport and highways (MoRT&H) through the National Highways and Infrastructure Development Corporation Limited (NHIDCL).

Benefits of the tunnel: The project would enhance the safety of travellers crossing Zojila Pass and reduce the travel time from 3.5 hours to 15 minutes. This pass is most strategic for the entire Kargil sector which has seen intrusion and war in the past. It will further increase the employment potential for the local labourers for the project activities.

Zojila pass is situated at an altitude of 11,578 feet on Srinagar-Kargil-Leh National Highway which remains closed during winters (December to April) due to heavy snowfall and avalanches cutting off Leh-Ladakh region from Kashmir.

Context: The Indian Institute of Science Education and Research (IISER) in collaboration with a private company has developed a new device-  ‘Arsenic Sensor and Removal Media- which can be used to detect and remove arsenic content from water and make it safe and usable by households.

For Prelims and Mains: Arsenic contamination- effects, causes and solutions.

Context: The BRICS Ministerial on Environment has agreed to include “Green Good Deeds” in its official agenda in the next Ministerial in Brazil and another meeting in Russia.

International conferences on Environment have been deliberating and adopting declarations. However, these declarations are hardly put to practice at the ground level, involving every section of the society. “Green Good Deeds” is an idea to take it to the people and get them involved.