Context: The Supreme Court has upheld a ruling that the Domestic Violence Act, intended to safeguard women against marital abuse, will apply even after divorce. The court observed that the act extends to all man-woman relationships, and also protects divorced women from their former husbands.

What is Protection of Women from Domestic Violence Act 2005?

Domestic violence can continue even after divorce and the reach of the Act should not be shackled by confining only for the protection of women living in marriage.

The policy was brought out in June 2017 and marked a departure from the previous regime in terms of the geographical area that could be explored, the number of licences required, the manner in which proceeds are to be shared with the government, and the procedure to sell what is extracted. OALP is a part of HELP, which itself was a replacement to the New Exploration and Licensing Policy.

India is the 3rd largest consumer of crude oil and petroleum products with oil and gas contributing 34.4% to primary energy consumption. In 2015-2016, India’s crude oil import dependence rose to 81% from 78.5%. In last five years, India has seen overall decline in exploration and production of conventional resources. New Exploration Licensing Policy (NELP) created in 1997 ended the state dominance and created a competitive environment leading to liberalization of oil and gas exploration and production industry. However, it failed to keep the momentum of production growth and attracting the foreign investment.

Context: The Supreme Court has expressed concern about overcrowding in prisons across the country, in some cases beyond 150 per cent of the capacity, and asked all the high courts to consider the issue as it involves “violation of human rights”. The court has requested the chief justices of the high courts to take up the matter as a suo-motu writ petition.

What are open prisons?

Overcrowding is one of the biggest problems faced by prison inmates. It results in poor hygiene and lack of sleep among other problems. More than 65% of the undertrials spend three months to five years in jail before getting bail. A fourth of all the under trials have been under detention for more than a year.

The management of prisons falls exclusively under the domain of the state government, as per the seventh schedule of the constitution. In every state, the prison administrative machinery works under the chief of prisons who is a senior ranking IPS officer.

Indian jails have often been dubbed as a university for grooming criminals due to pathetic and inhumane conditions. In the absence of a robust Whistleblower Protection Act and structural changes to address the issues of overcrowding and understaffing, India’s prisons will continue to be heaven for politically connected criminals and hell for socio-economically disadvantaged undertrials, some regular media uproars notwithstanding.

Fundamental rights of prisoners cannot be placed in the back-burner and the Centre and the states need to be more pro-active in sensitising staff about the need to treat prisoners as humanely as possible.

Context: The government is planning to bring an ordinance to overturn the Supreme Court verdict putting safeguards on arrests under the SC/ST (Prevention of Atrocities) Act and subsequently introduce a bill to insulate it from further judicial scrutiny.

In its March 20 order, the apex court had laid down new guidelines for police officers on how to ensure that innocent people, especially public officials, are protected from false complaints under the act. The “dilution” triggered massive protests by various Dalit and political outfits.

Context: SAWEN recently its first ever meeting in India. Representatives of seven countries participated in the meeting and the members agreed on having an operational framework for strengthening the regional body to combat wildlife crime.

During the meet six proposals, including tracking of wildlife smuggling route, review of existing laws and a structure for the organisation were tabled.

How will it help India?

India along with other member countries will take initiatives to bring “harmonisation and standardisation” in laws and policies to conserve fauna and flora and will also document the trend of poaching, illegal trade and related threats to the natural biodiversity.

This will also strengthen institutional responses to combat wildlife crime by promoting research and information sharing, training and capacity building, technical support, sharing experiences and outreach and to encourage member countries to prepare and implement their national action plans in curbing wildlife crime.

Wildlife crime has emerged as one of the greatest threats to the survival of many wildlife species in South Asia as well as across the globe. This organized crime involving multi-billion dollars is highly trans-national and remains flourishing as a result of weak legal framework and/or lax enforcement in the source, transit and destination countries. Curbing the wildlife crime demands well coordinated multi-agency and multi-country efforts with high level of commitment and advancement. 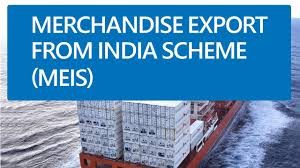 Context: The Director General of Foreign Trade has said that the rates enhanced under the Merchandise Exports from India Scheme (MEIS), a scheme to promote exports, would continue beyond June 30.

Objective of Merchandise Exports from India Scheme (MEIS) as per Indian Foreign Trade Policy 2015-20 (FTP 2015-20) is to offset infrastructural inefficiencies and associated costs involved in export of goods/products, which are produced/manufactured in India, especially those having high export intensity, employment potential and thereby enhancing India’s export competitiveness. 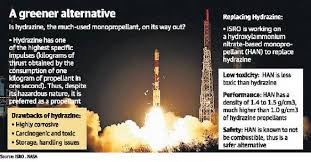 Context: Scientists at the Indian Space Research Organisation (ISRO) have reported progress in the development of an environment-friendly propellant to power satellites and spacecraft. The new propellant is a blend based on hydroxylammonium nitrate (HAN).

About the new propellant:

Need for a new propellant:

Presently, hydrazine rocket fuel is being used. However, it is a highly toxic and carcinogenic chemical. Due to its high performance characteristics, hydrazine has dominated the space industry as the choice of propellant for over six decades, despite its environment and health hazards and the challenges faced in its manufacturing, storage, ground handling and transportation. 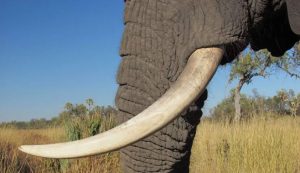 Section 39(1) (c) of the Wildlife Protection Act 1972 says that an ivory imported into India and an article made from such ivory in respect of which any offence against this Act or any rule or order made thereunder has been committed, shall be deemed to be the property of the state government, and where such animal is hunted in a sanctuary or national park declared by the Central Government, such animal or any animal article, trophy, uncured trophy or meat derived from such animal shall be the property of the Central Government.

In news- What is the ‘Castle doctrine’ in Law?

Also known as the castle law or the defense of habitation law, this refers to a doctrine in the common law tradition which states that a person who acts in self defence against an intruder into his personal property has the right to legal immunity for his actions.

A person who is defending his home against an intruder can use deadly force to protect himself and still be exonerated for his actions under the law. The defendant employing the castle doctrine will have to justify his action with sufficient evidence and also explain the use of deadly force as an appropriate and reasonable response to the particular threat that was facing him. 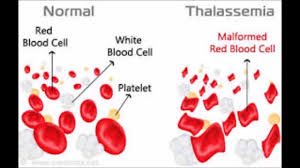