Context: In a major step towards realising the centre’s smart city mission (SCM), the Madhya Pradesh government on Tuesday launched the country’s first Integrated Control and Command Centre (ICCC) for all seven smart cities of the state in Bhopal.

Selection of cities: The selection is based on the scores cities get for carrying out urban reforms in areas including sanitation and governance. Cities that score the highest will be picked for the project, to be implemented over a 10-year period.

Development: These cities will be developed to have basic infrastructure through assured water and power supply, sanitation and solid waste management, efficient urban mobility and public transport, IT connectivity, e-governance and citizen participation. Bottom-up approach has been the key planning principle under Smart City Mission.

Funding: Under the scheme, each city will get Rs 500 crore from the Centre for implementing various projects. An equal amount, on matching basis, will have to be contributed by the state or urban local bodies. The mission will provide central funding of Rs 48,000 crore to the selected cities.

Implementation: The implementation of the Mission at the City level will be done by a Special Purpose Vehicle (SPV) created for the purpose. The SPV will plan, appraise, approve, release funds, implement, manage, operate, monitor and evaluate the Smart City development projects. Each smart city will have a SPV which will be headed by a full time CEO and have nominees of Central Government, State Government and ULB on its Board. Context: The Fifteenth Finance Commission has constituted an Advisory Council to advise and assist the Commission.

The role and functions of the Advisory Council will be:

About the Finance Commission:

What is a Finance Commission?

It is a body set up under Article 280 of the Constitution. Its primary job is to recommend measures and methods on how revenues need to be distributed between the Centre and states. 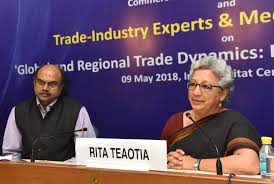 Need for a unified umbrella authority:

DGTR will deal with Anti-dumping, CVD and Safeguard measures. It will also provide trade defence support to our domestic industry and exporters in dealing with increasing instances of trade remedy investigations instituted against them by other countries.

Context: The Ministry of Social Justice and Empowerment has drafted the Maintenance and Welfare of Parents and Senior Citizen Draft Bill, 2018, that will amend the 2007 version of the legislation to expand its scope and provide for more stringent penalties.

Key provisions in the Bill:

Elderly as a resource:

The elderly should be seen as a blessing, not a burden. The elderly are becoming the fastest growing, but underutilized resource available to humanity. Rather than putting them aside, physically (and mentally), to be cared for separately, they should be integrated into the lives of communities where they can make a substantial contribution to improving social conditions. The benefits of turning the ‘problem’ of the elderly into a ‘solution’ for other social problems is being demonstrated in several countries.

The elderly are the fastest growing, underutilized resource that humanity has to address many other problems. Re-integration of the elderly into communities may save humanity from mindlessly changing into a technology-driven ‘Industry 4.0’ which futurists are projecting: an economy of robots producing things for each other. Investing a little to engage the elderly in communities can improve the health and well-being of the elderly. It can also improve the health and well-being of communities. 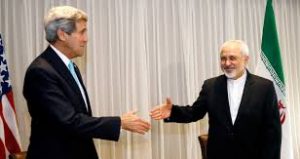 Context: US President Donald Trump has announced he is pulling out of the Iran nuclear deal. He described the agreement as “decaying and rotting”.

The agreement, formally known as the Joint Comprehensive Plan of Action (JCPOA), has been on the rocks since Trump’s election, and the resulting climate of uncertainty spooked many large firms from doing business in Iran, thus diminishing the economic incentives that drew Iran to the agreement in the first place.

What is the iran nuclear deal?

Why is US pulling out of the deal?

What about the other countries involved?

Experts believe that, should Iran choose to resume the enrichment of uranium, it could build a bomb within about a year. The sanctions, meanwhile, could take months to go into effect as the US government develops guidance for companies and banks. What is it? It is a six month long nationwide challenge across six different thematic areas, namely, clean energy, water resources, waste management, healthcare, smart mobility and agri-tech. It is being organized by Atal Tinkering Labs of the Atal Innovation Mission (AIM) of NITI Aayog.

Atal Tinkering Labs have evolved as epicenters for imparting these ‘skills of the future’ through practical applications based onself-learning.

Bridging a crucial social divide, Atal Tinkering Labs provide equal opportunity to all children across the spectrum by working at the grassroot level, introducing children to the world of innovation and tinkering.

Significance of the move: The measure is aimed at promoting e-vehicle’s use and the government is considering exemption from permits for such vehicles. The purpose behind distinctive number plates is their easy identification for preferential treatment in parking, free entry in congested zones besides other proposed benefits like concessional toll.

Mainstreaming electric vehicles will require an overhaul of the country’s energy and transport infrastructure. For example, EV charging stations will have to be set up on a war footing, and electricity generation will have to improve significantly even as its piggybacks on the push for solar energy. EV technology (especially the battery) will have to become much cheaper before it can perform well in a price-sensitive market like India.

With the onus of being the second-largest populated country in the world, India has a lot of reasons to rejoice over the bright outlook of the adoption of electric vehicles in India. NITI Aayog said in a recent report that can cut its energy demand by 64% and carbon emissions by 37% by making its passenger mobility shared, electric, and connected. The concept not only helps India to fulfil its renewable energy goals but also assists it in other facets like the ‘Make in India’ vision.

The Indian automobile industry is the sixth-largest in the world and accounts for a whopping 22% of the country’s total manufacturing output. The large-scale adoption of electric vehicles can play an important role in increasing the share of manufacturing in India’s GDP from the current 15% to 25% by 2022. Context: India has sent Bangladesh its second relief consignment under Operation Insaniyat to help tens of thousands of displaced Rohingya Muslims who fled Myanmar into Bangladesh following military crackdown in the country.