Context: 100 additional One Stop Centres have been approved by the Ministry of Women and Child Development in the States of Haryana, Himachal Pradesh, Madhya Pradesh, Maharashtra, Mizoram, Nagaland, Odisha, Tamil Nadu and Uttar Pradesh.

Context: People in Assam have been protesting against the granting of Indian citizenship to Hindu foreigners as the Joint Parliamentary Committee on the Citizenship (Amendment) Bill, 2016 began its hearing in Assam. Protesters say the move would threaten the existence of the indigenous people of Assam. They also see it as a violation of the provisions of the Assam Accord of 1985.

WHAT IS THE CITIZENSHIP AMENDMENT BILL 2016?

The Citizenship Amendment Bill 2016 seeks to allow illegal migrants from certain minority communities in Afghanistan, Bangladesh and Pakistan eligible for Indian citizenship. In other words, it amends the Citizenship Act of 1955.

The Bill provides that the registration of Overseas Citizen of India (OCI) cardholders may be cancelled if they violate any law.

WHAT DOES IT WANT?

WHY ARE PEOPLE IN ASSAM NOT HAPPY ABOUT IT?

The Citizenship Amendment Bill has not been sitting well with the Assamese as it contradicts the Assam Accord of 1985, which clearly states that illegal migrants heading in from Bangladesh after March 25, 1971, would be deported. 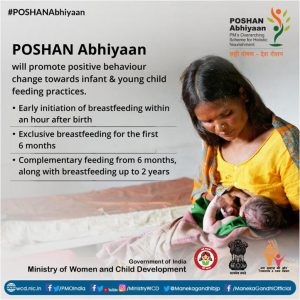 Context: The Government of India signed a loan deal worth $ 200 million with the World Bank for the National Nutrition Mission (POSHAN Abhiyaan).

Context: Ministry of Tribal Affairs is planning to expand Van Dhan Vikas Kendras in Tribal Districts across the country.

The initiative aims to promote MFPs-centric livelihood development of tribal gatherers and artisans. It mainstreams the tribal community by promoting primary level value addition to MFP at grassroots level. Through this initiative, the share of tribals in the value chain of Non-Timber Forest Produce is expected to rise from the present 20% to around 60%. 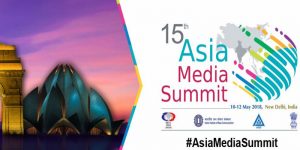 Context: The 15th Asia Media Summit (AMS) 2018 is being held in India. India is hosting the event for the first time.

Host: It is being hosted by the Ministry of Information and Broadcasting, Government of India, jointly with the Indian Institute of Mass Communication (IIMC), New Delhi and Broadcast Engineering Consultants India Limited (BECIL).

About the AMS Summit:

It is an annual summit of the Asia-Pacific Institute for Broadcasting Development (AIBD) Kuala Lumpur.

Scope: The Summit would encourage regional and bilateral dialogue and cooperation to respond to challenges to the broadcasting sector in the region. It would provide a unique opportunity for broadcasters in the Asian region to share their thoughts on software and hardware aspects of Broadcasting. There are also opportunities for networking, facilities for business to business meetings and prospective translation of these meetings into trade and economic relations after the summit.

The Asia-Pacific Institute for Broadcasting Development (AIBD) was established in 1977 under the auspices of UNESCO. It is hosted by the Government of Malaysia and the secretariat is located in Kuala Lumpur.

The International Telecommunication Union (ITU), the United Nations Development Programme (UNDP), and the United Nations Educational, Scientific and Cultural Organisation (UNESCO) are founding organisations of the Institute and they are non-voting members of the General Conference.

The Asia-Pacific Broadcasting Union (ABU) is a founding organisation of the Institute and is a non-voting member of the General Conference.

Full membership of the AIBD is confined to sovereign states and they are invited to designate the broadcasting authority of the country to be the beneficiary. The AIBD currently has 26 Full Members (countries), represented by 34 organisations, and 67 Affiliate Members (organisations) with a total membership of 101 representing 48 countries and regions and over 50 partners in Asia, Pacific, Europe, Africa, Arab States and North America.

It is a unique regional inter-governmental organisation servicing countries of the United Nations Economic and Social Commission for Asia and the Pacific (UN-ESCAP) in the field of electronic media development. It is mandated to achieve a vibrant and cohesive electronic media environment in the Asia-Pacific region through policy and resource development.

For Prelims and Mains: AMS summit and AIBD.

Topic: Awareness in the fields of IT, Space, Computers, robotics. 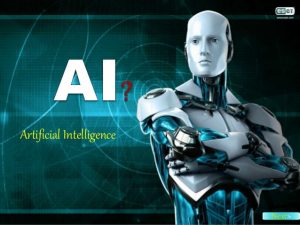 Under the program, Google and NITI Aayog will work on the following initiatives:

The NITI Aayog has been entrusted to setup a national programme to conduct research and development in frontier technologies such as AI. In furtherance of this mandate, NITI Aayog has been developing India’s national strategy on AI along with the National Data and Analytics Portal to enable the wide deployment and use of AI.

What is artificial intelligence (AI)?

Artificial Intelligence comes from computer systems that have been programmed to — or have learnt to — do tasks that would otherwise require human intelligence. Many apps and software are already making mundane work easier by doing a certain part of it for us, based on acquired intelligence.

Automation threatens 69% of the jobs in India, while it’s 77% in China, according to a World Bank research. The transition is expected to happen in a decade, according to experts. Therefore, if automation is not planned well and addressed holistically, it is a disaster in the making.

While there is a risk to jobs due to these trends, the good news is that a huge number of new jobs are getting created as well in areas like cybersecurity, cloud, big data, machine learning and AI. The new job roles that will dominate the IT workforce are within digital domains such as big data, artificial intelligence, Internet of Things (IoT), cloud computing and cybersecurity. It is clearly a time of career pivot for IT professionals to make sure they are where the growth is.

The Union ministry of electronics and information technology, in October 2017, set up an internal committee to advise the government on a policy on artificial intelligence (AI). The expert committee will advise the IT ministry on the most apt technologies for India. The government’s main focus is to reduce cyber attacks with AI.

The artificial intelligence market is estimated to touch $153 billion in 2020 and expected to grow at a compounded annual growth rate of 45.4% from 2016 to 2022. However, AI is widely seen as a major challenge in generation of employment as many companies are likely to depend more on it to cut down on human resources.

The government has recently drawn up a seven-point strategy that would form the framework for India’s strategic plan to use AI.

The strategy includes developing methods for human machine interactions; ensuring safety and security of AI systems; creating a competent workforce in line with AI and R&D needs, understanding and addressing the ethical, legal and societal implications of AI, measuring and evaluating AI technologies through standards and benchmarks, among others.

AI is a complex subject; it would be simplistic to look at it as all bad or all good. But robots and AI taking away middle-class, manufacturing jobs in the not-so-distant future is a very real prospect that will have to be addressed by governments sooner than they probably think.