Since its inception in 1960, so far the Organisation has grown from 02 to 19 projects. The works executed have ensured the territorial integrity and the socio-economic upliftment of the most inaccessible regions of the country as well as India’s neighbourhood.

With the Border Roads Organisation (BRO) far behind schedule in constructing 73 approved “Indo-China Border Roads” along the northern borders, the defence ministry, in 2017, empowered BRO officials with enhanced financial powers.

Despite attempts at reform, the BRO remains a divided organisation, with friction between BRO cadre officers, and army officers posted on deputation. The BRO cadre resents a large number of top executive and command positions going to the army.

Saturated fatty acids are found in foods from animal sources such as butter, milk, meat, salmon, and egg yolks, and some plant-derived products such as chocolate and cocoa butter, coconut, palm and palm kernel oils.

The recommendations in these guidelines can be used by policymakers and programme managers to assess current intake levels of these fatty acids in their populations relative to a benchmark, with a view to develop measures to decrease the intake of saturated fatty acids and trans-fatty acids, where necessary, through a range of policy actions and public health interventions. Context: A committee set up by the Centre to prepare a report on the issue of inter-country parental child abduction has questioned one of the basic principles of the Hague Convention by arguing that the return of the child to his or her habitual residence may not necessarily be in the best interest of the child. The Committee recently submitted its report to the Women and Child Development Ministry.

The Justice Rajesh Bindal Committee was set up last year to suggest a model legislation to safeguard the interest of the child as well those of the parents when an NRI (Non Resident Indian) marriage goes sour and one of the parents flees from one country to another with the child.

In 2016, the government had decided not to be a signatory to the on the ground that it can be detrimental to the interest of the women fleeing an abusive marriage.

The issue of habitual residence:

The panel has prepared a draft law to safeguard the interest of the children, as well as those of the parents, particularly mothers. The proposed legislation lays down nine exceptions under which a child will not be returned to the country of habitual residence.

The important conditions under which a child’s return can be refused are — best interest of the child, domestic violence or mental or physical cruelty or harassment against the parent who fled with the child, the parent claiming the return of the child was not exercising the custody rights at the time of removal, and if there is a grave risk that the child would be exposed to physical or psychological harm.

Significance of the Indian family system:

Context: For the conservation of Indus dolphins – one of the world’s rarest mammals – the Punjab government along with WWF-India are conducting the first organised census on their population.

It is listed by the IUCN as endangered on its red list of threatened species. IUCN suspects the population size of the Indus river dolphins has reduced by more than 50% since 1944. What is it? It is an insect that attacks temperate fruit trees.

Why in news? It has been recorded for the first time in Kashmir Valley, the fruit bowl of India.

The spread of the aphid could affect the local economy which is dependant on fruit trees to a large extent. But if the infestation is not controlled, the invasive aphid can spread fast.

Context: NASA has launched Interior Exploration using Seismic Investigations, Geodesy and Heat Transport (InSight), the first-ever mission to study the heart of Mars. It was launched on board Atlas 5 rocket.

Previous missions to Mars have investigated the surface history of the Red Planet by examining features like canyons, volcanoes, rocks and soil. However, signatures of the planet’s formation can only be found by sensing and studying its “vital signs” far below the surface.

In comparison to the other terrestrial planets, Mars is neither too big nor too small. This means that it preserves the record of its formation and can give us insight into how the terrestrial planets formed. It is the perfect laboratory from which to study the formation and evolution of rocky planets. Scientists know that Mars has low levels of geological activity. But a lander like InSight can also reveal just how active Mars really is.

For Prelims and Mains: InSights mission and its significance. 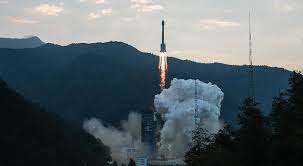 What is it? It is a malware allegedly designed by Pakistani hackers. The RAT was first detected by Indian Computer Emergency Response Team, CERT-In, on various computers in 2017. It is designed to infliltrate computers and steal the data of users, and relay the stolen data to Command and Control centres in other countries. The ‘RAT’ in its name stands for Remote Access Trojan, which is a program capable of being controlled remotely and thus difficult to trace.

Why in news? It has recently been updated further and equipped with anti-malware evasion capabilities. The latest update to the program by its developers is part of GravityRAT’s function as an Advanced Persistent Threat (APT), which, once it infiltrates a system, silently evolves and does long-term damage.