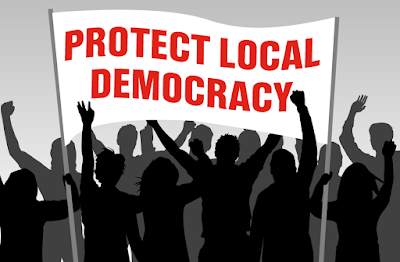 It’s been 25 years since decentralised democratic governance was introduced in India by the 73rd and 74th Constitution Amendments, which came into force on April 24 and June 1, 1993, respectively.

Moving the 73rd Amendment Bill on December 1, 1992, the Minister of State in the Rural Development Ministry underscored the “duty on the Centre as well as the States to establish and nourish the village panchayats so as to make them effective-self-governing institutions.”

Local expenditure as a percentage of GDP is only 2 per cent compared with the OECD (14 per cent), China (11 per cent), and Brazil (7 per cent).

The own source revenue of local governments as a share of total public sector own source revenue is only a little over 2% and if disaggregated, the Panchayat share is a negligible 0.3% (several States like Rajasthan, Punjab and Haryana have abolished property taxes and others do not collect taxes). This speaks of the fiscal weakness of village panchayats.

The structural reforms that followed heralded an inclusive, responsive, participatory democracy which was tasked to deliver economic development and social justice at the grass-roots level. These reforms did not mean de-concentration or delegation. They were not even variants of fiscal federalism, which is much-theorised by Western public finance pundits and generally endorsed by their Indian counterparts.

The creation of lakhs of “self-governing” village panchayats and gram sabhas, with over three million elected representatives mandated to manage local development, was a unique democratic experiment in the contemporary world.

Parts IX and IXA of the Constitution, introduced following the two Constitution Amendments, initiated a process with standardised features such as elections every five years; reservations for historically marginalised communities and women; the creation of participatory institutions; the establishment of State Finance Commissions (SFCs), a counterpart of the Finance Commission at the sub-national level; the creation of District Planning Committees (DPCs); and so on.

Given the unprecedented growth of the economy over the last 25 years, its limited success in ensuring primary health care, access to drinking water supply, street lighting, education, food security, and so on is an enigma.

The media and mainstream economists who get nervous when there is even a small slippage in the quarterly economic growth rate have been silent on this social failure in local democracy. Indeed, the village panchayats have not succeeded in enhancing the well-being, capabilities and freedom of citizens.

What went wrong? Skipping the several success stories, which are exceptions, what happened to the third tier may be hypothesised as a systemic failure. While the economic reforms were championed by the political class and received support from the bureaucracy, there was no perceptible hand-holding and support by the States to foster decentralised governance.

From the beginning, whether it was postponing elections or the failure to constitute SFCs and DPCs, it became evident that States can violate the various provisions of Parts IX and IXA with impunity. These are the provisions which envisage the delivery of social justice and economic development at the local level. It appears that the judiciary has been indifferent to the two momentous amendments and their potential.

There was no institutional decentralisation except in Kerala. The roles and responsibilities of local governments remain ill-defined despite activity mapping in several States. States control funds, functions and functionaries, making autonomous governance almost impossible. Most States continue to create parallel bodies (often fiefdoms of ministers and senior bureaucrats) that make inroads into the functional domain of local governments.

For example, Haryana has created a Rural Development Agency, presided over by the Chief Minister, to enter into the functional domain of panchayats.

Legislative approval of these parallel bodies legitimises the process of weakening decentralised democracy.

In States like Gujarat, the DPC has not been constituted.

A potential instrument to reduce growing regional imbalances is left to rot.

iii. Adhoc meetings – lack of clear setting of agenda in gram sabha, gram samiti meetings; there is lot of adhocism; no proper structure

Looking back, there was a clear lack of continuity, and change for the better. Following the Constitution Amendments, Article 280, establishing the Finance Commission, was amended to add 280 (3) (bb) and (c), designed to empower the third tier.

Even so, there is no credible fiscal data base and budget system among local governments now. That accountability arrangements remain very weak even after 25 years shows a lack of will. The 13th Finance Commission made significant steps to carry forward decentralised governance by linking the grants to local governments to the divisible pool via Article 275 besides taking various measures to incentivise the process of decentralisation.

Despite the reservation of seats for Adivasis, Dalits and women, these categories remain on the periphery, often as victims of atrocities and caste oppression rather than as active agents of social change. This means that involving women’s agencies and the marginalised to lead social transformation at the grass-roots level remains an uphill task.

Following steps should be taken to translate democratic idea of Panchayat into action:

iii. Devolution of powers: Decentralization of governance can be achieved with devolution of power to lower levels. More financial resource generation powers should be give to these institutions.

Local democracy in India is in deep disarray. The immediate need of the hour is to take remedial action in the interest of democracy, social inclusion and cooperative federalism.

Thus, it calls for a more stricter regulatory framework by the State Election Commission in checking out the role of money and muscle power; in defining the code of conduct to be followed by the political parties such that democracy truly reaches its grassroots as was envisioned by our constitution makers; voters need to be made aware of carefully exercising their voting rights-this would bring in proper decentralization and inclusive development following a bottom-up approach.

Only education and knowledge, and pro-active interventions by emancipatory socio-political movements, can help achieve this. The media can also play a significant agenda-building role in bringing this about.

In the NREGA programme, 40% of the money allocated is for the material component, whereas the remaining 60% is for salaries. These funds are available with the states and can be used to build panchayat bhavans.

All these provisions in the constitution as well as the government policies are right steps towards the Dr. B. R. Ambedker’s and many more leaders dream of achieving not only political democracy but also social democracy in which giving voice to the voiceless society. we need to take these steps to make our Panchayati Raj Institutions, effective centres of local governance.