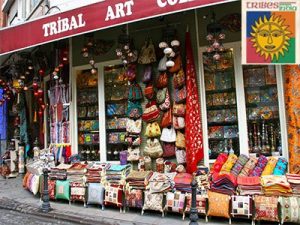 Context: Due to the massive drive of scaling up the retail marketing activities by TRIFED, the value of Sales has increased from Rs. 11.37 crores in 2016-17 to Rs.20.08 Crores during 2017-18, a record increase of 77% and a record sale in the history of TRIFED.

TRIFED is an apex organisation at National Level and functioning under the administrative control of Ministry of Tribal Affairs.

TRIFED is serving the interests of Tribals, who are engaged in collection of NTFP and making of Tribal Art & Handicraft Products for their livelihood so as to ensure better remunerative price for their products as well as for the socio-economic betterment through Self Help Groups, Empanelled NGOs, State level Tribal Development Corporations, Forest Development Corporations for undertaking marketing development of the tribal products. 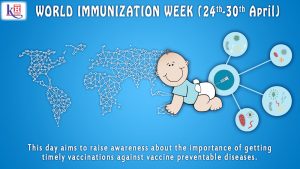 Context: World Immunization Week is celebrated from 24th- 30th of April by the World Health Organization (WHO) in order to increase awareness about vaccination.

Aim: It aims to highlight the collective action needed to ensure that every person is protected from vaccine- preventable diseases.

Immunization saves millions of lives and is widely recognized as one of the world’s most successful and cost-effective health interventions. Yet, there are more than 19 million unvaccinated or under-vaccinated children in the world, putting them at serious risk of these potentially fatal diseases. Of these children, 1 out of 10 never receive any vaccinations, and most likely have never been seen by the health system.

Why immunization matters now more than ever?

Expanding access to immunization is crucial to achieving the Sustainable Development Goals. Routine immunization is a building block of strong primary health care and universal health coverage—it provides a point of contact for health care at the beginning of life and offers every child the chance at a healthy life from the start.

Immunization is also a fundamental strategy in achieving other health priorities, from controlling viral hepatitis, to curbing antimicrobial resistance, to providing a platform for adolescent health and improving antenatal and newborn care.

The Global Vaccine Action Plan (GVAP) – endorsed by 194 Member States of the World Health Assembly in May 2012 – aims to prevent millions of deaths from vaccine-preventable diseases by 2020 through universal access to immunization. Despite improvements in individual countries and a strong global rate of new vaccine introduction, all of the GVAP targets for disease elimination—including measles, rubella, and maternal and neonatal tetanus—are behind schedule.

In order for everyone, everywhere to survive and thrive, countries must make more concerted efforts to reach GVAP goals by 2020. Additionally, those countries that have achieved or made forward progress towards achieving the goals must work to sustain those efforts over time – so that no person goes without life-saving vaccines.

Context: World Press Freedom Index for the year 2018 has been released.

Published every year since 2002 by Reporters Without Borders (RSF), the World Press Freedom Index is an important advocacy tool based on the principle of emulation between states.

What does it measure?

The Index ranks 180 countries according to the level of freedom available to journalists. It is a snapshot of the media freedom situation based on an evaluation of pluralism, independence of the media, quality of legislative framework and safety of journalists in each country. It does not rank public policies even if governments obviously have a major impact on their country’s ranking. Nor is it an indicator of the quality of journalism in each country.

The press freedom map, which is distributed in print and digital versions, offers a visual overview of the sitution in each country in the Index. The colour categories are assigned as follows: good (white), fairly good (yellow), problematic (yellow), bad (red) and very bad (black). 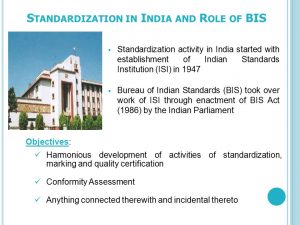 The product is in liquid form and stored in metal containers. It is usually used as a gas obtained by evaporating the liquid from the metal container. It is used mainly in paper, pulp, textile bleaching, water sterilization and manufacture of chemicals.

Context: In Kerala, the Indian National Centre for Ocean Information Services (INCOIS) is planning to provide real-time information on the market price of fishes and allied news through the GPS-enabled GEO Augmented Navigation (GAGAN).

For Prelims and Mains: INCOIS, GAGAN- their significance. 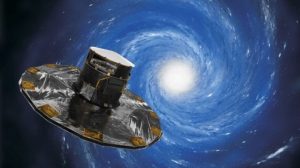 Preliminary analysis of this phenomenal data reveals fine details about the make-up of the Milky Way’s stellar population and about how stars move, essential information for investigating the formation and evolution of our Galaxy.

Context: The Council of Scientific and Industrial Research (CSIR) is awarded the National Intellectual Property (IP) Award 2018 in the category “Top R&D Institution / Organization for Patents and Commercialization”. 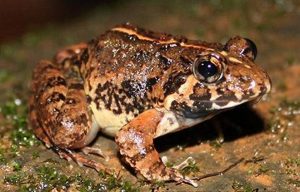 Context: In the Western Ghats parts of Goa, scientists have identified a new species of frog called Fejervarya goemchi.

First Woman Lawyer to be Appointed As Supreme Court Judge: 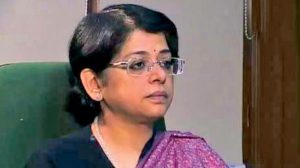 Context: Senior lawyer Indu Malhotra will be the first woman lawyer to be directly appointed as a Supreme Court judge.

Of the top court’s 24 judges, only one is a woman, Justice R Banumathi. She was elevated to the top court in August 2014. Justice Banumathi was the sixth woman to become a Supreme Court judge. Justice Fathima Beevi was the first in 1989.