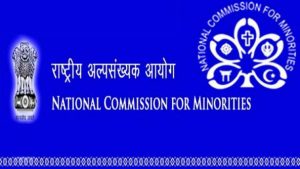 Context: The National Commission for Minorities (NCM) has decided to approach the government for granting it Constitutional status to protect the rights of minority communities more effectively.

In its present form, the NCM has powers to summon officials, including chief secretaries and director generals of police, but has to rely on departments concerned to take action against them. If granted constitutional status, the NCM will be able to act against errant officials who do not attend hearings, follow its order or are found guilty of dereliction of duty. Also, the NCM can penalise or suspend an officer for two days or send him/her to jail.

The Standing Committee on Social Justice and Empowerment (2017-18), in its 53rd report had also noted that the NCM is “almost ineffective” in its current state to deal with cases of atrocities against minorities.

Grievance redressal: Aggrieved persons belonging to the minority communities may approach the concerned State Minorities Commissions for redressal of their grievances.  They may also send their representations, to the National Commission for Minorities, after exhausting all remedies available to them.

Context: Meeting of the Development Committee (DC) of the World Bank Group and the IMF and the Restricted Session of the International Monetary and Finance Committee (IMFC) were recently held in Washington D.C.

The IMF Board of Governors is advised by two ministerial committees, the International Monetary and Financial Committee (IMFC) and the Development Committee.

Context: Pune hosted the 12th edition of the South Asian Climate Outlook Forum (SASCOF) meeting. The Forum was attended by meteorologists from Bangladesh, Bhutan, Maldives, Myanmar and Sri Lanka. This was the sixth SASCOF meeting hosted by India.

SASCOFs prepare consensus seasonal climate information on a regional scale that provide a consistent basis for preparing national level outlooks. Such forums also serve to interface with user sectors to understand and enhance the use of climate information as orchestrated and supported by the Global Framework for Climate Services (GFCS).

For Prelims and Mains: SASCOF and its significance. 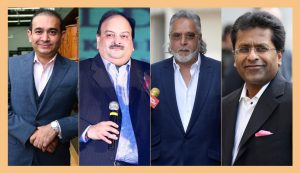 Context: The Union Cabinet has approved the Finance Ministry’s proposal of promulgating the Fugitive Economic Offenders Ordinance, 2018 which will empower authorities to attach and confiscate properties and assets of economic offenders like loan defaulters who flee the country.

A Fugitive Economic Offender is a person against whom an arrest warrant has been issued in respect of a scheduled offence and who has left India so as to avoid criminal prosecution, or being abroad, refuses to return to India to face criminal prosecution.

A scheduled offence refers to a list of economic offences contained in the Schedule to this Ordinance.

Important provisions under the ordinance:

Special court: The ordinance makes provisions for a special court under the Prevention of Money-laundering Act, 2002 to declare a person as a Fugitive Economic Offender. Scheduled offences worth Rs. 100 crore or more will come under the purview of the ordinance.

Power To Attach Properties: With the assent of the President of India, Fugitive Economic Offenders Ordinance, 2018 is promulgated. The new Law lays down the measures to empower Indian authorities to attach and confiscate the proceeds of crime associated with economic offenders and properties of economic offenders.

Trial In The PMLA Courts: Since the proposed law would utilise the existing infrastructure of the Special Courts constituted under under the Prevention of Money-laundering Act, 2002 (PMLA) and the threshold of scheduled offence is high at Rs. 100 crores or more, no additional expenditure is expected on the enactment of the Bill.

No Immunity To Offenders: The ordinance would also enable the courts and tribunals to disallow the fugitive economic offender from putting forward or defending any civil claim.

Aim Of Deportation: Major impact will be that the offenders will return to India to submit to the jurisdiction of Courts in India to face the law in respect of the scheduled offences. Other Major Impact will be that it will help the banks and other financial institutions to achieve higher recovery from financial defaults committed by such fugitive economic offenders, improving the financial health of such institutions.

The ordinance was mooted in response to the growing practice of debt-laden Indian citizens flying abroad in a purported attempt to evade the law-enforcement agencies of India.

The government had in Budget 2017-18 announced that it was considering a law that would enable it to seize the property such absconders, following which the Union Cabinet had on March 1, 2018 approved the Fugitive Economic Offenders Bill 2018 to be introduced in Parliament. The Bill was introduced in the Lok Sabha on March 12, but was not passed due to disruptions and adjournments in both Houses of Parliament. 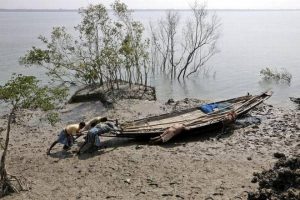 Context: The West Bengal government has given its approval to the State Forest Department to apply for recognition of Sunderban Reserve Forest under the Ramsar Convention.

Being conferred the status of a wetland of international importance will not only be a matter of pride for the Sunderbans but also bring a lot of international scientific attention and intervention to the area. Once conferred a Ramsar site status, it will be the largest protected wetland in the country. It will also help promote the Sunderbans as an eco-tourism hotspot.

The Indian Sunderbans, with 2,114 sq. km. of mangrove forests, comprise almost 43% of the mangrove cover in the country according to a 2017 Forest Survey of India report. Other than the forests, home to about 100 Royal Bengal tigers, the creeks and river systems of the Sunderbans are also part of the reserve forest.

Sunderbans is a contiguous ecosystem spread across India and Bangladesh. Other than threats such as climate change, sea level rise, widespread construction and clearing of mangrove forests for fisheries is posing a danger to the Sunderbans. 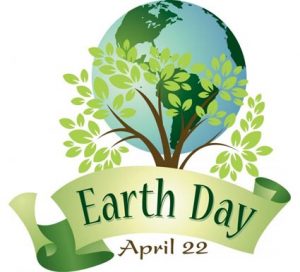 Context: Earth Day was celebrated on April 22nd across the globe. It is considered to be the largest secular world event.

Background: This day was first celebrated on April 22, 1970 and has ever since been an annual event. The person credited for organising the event 48 years ago is US Senator Gaylord Nelson. 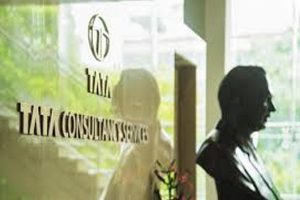 Context: The Madras High Court has become the first court in south India and eighth in the country to introduce e-court fee payment facility.

Facts: So far only the Supreme Court and the High Courts in Delhi, Punjab, Chhattisgarh, Rajasthan, Uttar Pradesh and Himachal Pradesh had introduced the e-court fee payment facility.