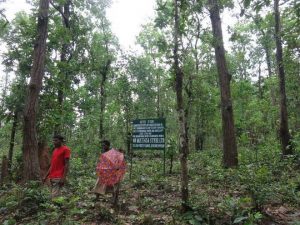 Since the CAF Bill was floated, forest rights advocates report that over 2,500 gram sabhas across India have opposed it. But resource rights movements by Adivasi and forest-dwelling communities are marginal in our public discourse, except during momentous events like the recent Nashik-Mumbai march.

The implementation of the Forest Rights Act, 2006 has been opaque and there is serious lack of awareness about its provisions not only among the beneficiaries but also among the officials in charge of implementing it. Given the complaints from either side, it is time the government reviewed the law and also looked at the objections raised when it was first tabled as a bill.

Infrastructure facilities like road connectivity will improve the quality of life in tribal areas, in terms of quick access to health services, better education, and social service. Promotion of the local indigenous methods for the increase and promotion of the forests.

The Inclusive Development of Tribals in the areas like Promotion of Tribal Education like Ekalavya model of residential Schools, Promoting Minor Forest produce like Vanabandhu Kalyan Yojana, TRIFED etc. For the capacity building of the all round development of the tribes.