Context: The 11th World Hindi Conference (WHC) is being organized in August 2018 in Mauritius by the Ministry of External Affairs, Government of India in association with the Government of Mauritius.

The event, held once in three years, is dedicated to Hindi language. It sees participation from Hindi scholars, writers and laureates from different parts of the world who contribute to the language. 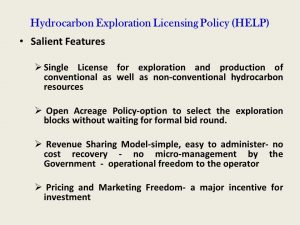 Context: In line with the Government initiative of ease of doing business, the Union Cabinet has given its approval for delegating the powers to Minister of Petroleum and Natural Gas and Finance Minister to award the Blocks/Contract Areas to successful bidders under Hydrocarbon Exploration and Licensing Policy (HELP) after International Competitive Bidding (ICB) based on the recommendations of Empowered Committee of Secretaries (ECS).

Under HELP, Blocks are to be awarded twice in a year. Therefore, this delegation of powers will expedite the decision making process on awarding blocks and give a boost to the initiative of ease of doing business.

India is the 3rd largest consumer of crude oil and petroleum products with oil and gas contributing 34.4% to primary energy consumption. In 2015-2016, India’s crude oil import dependence rose to 81% from 78.5%. In last five years, India has seen overall decline in exploration and production of conventional resources. New Exploration Licensing Policy (NELP) created in 1997 ended the state dominance and created a competitive environment leading to liberalization of oil and gas exploration and production industry. However, it failed to keep the momentum of production growth and attracting the foreign investment.

Headquarters Agreement between India and the International Solar Alliance 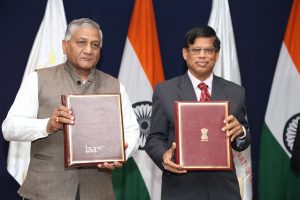 Context: The Union Cabinet has given its ex-post facto approval for entering into Headquarters (Host country) Agreement between India and the International Solar Alliance (ISA) and authorizing the Ministry of External Affairs for signing the Headquarter Agreement.

The Headquarters Agreement will institutionalize the functional arrangements between India and ISA.  It will help in smooth transition of ISA as international inter-governmental organization.  Creation of ISA will lead to accelerated solar technology development and deployment in ISA member countries including India.

The Paris Declaration establishes ISA as an alliance dedicated to the promotion of solar energy among its member countries. The ISA is the first international body that will have a secretariat in India.

There is no specific body in place to address the specific solar technology deployment needs of the solar resource rich countries located between the Tropic of Cancer and the Tropic of Capricorn. Most of these countries are geographically located for optimal absorption of the sun’s rays. There is a great amount of sunlight year-round which can lead to cost effective solar power and other end useswith high insolation of almost 300 sunny days in a year. Most of the countries have large agrarian populations.

Many countries face gaps in the potential solar energy manufacturing eco-system. Absence of universal energy access, energy equity and affordability are issues common to most of the solar resource rich countries. International Solar Alliance (ISA) is conceived as a coalition of solar resource rich countries to address their special energy needs and will provide a platform to collaborate on addressing the identified gaps through a common, agreed approach.

Significance of ISA for India:

The ISA is not only expected to spur innovation in the RE space but also help make India a technological hub with independent manufacturing capabilities of RE equipment like solar panels, rather than being dependent on imports, through initiatives like ‘Make in India’. India’s Ministry of External Affairs is expected to play a role in “marrying Indian tech and finance capabilities with specific projects around the world”.

India announced a goal of obtaining 40% of its electricity from non-fossil fuels by 2030 at the Paris climate change summit. It is close to achieving 20 GW grid connected solar power generation capacity this fiscal year (2018), in pursuit of achieving its target of 100 GW by 2022. 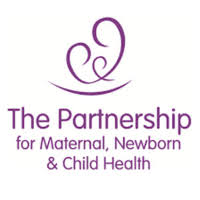 Context: PMNCH Delegation recently called on the Prime Minister and presented the logo for the 2018 Partners’ Forum.

Topic: Awareness in IT. 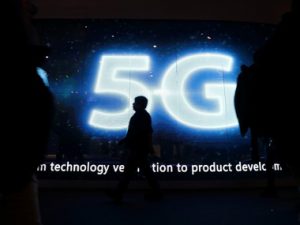 Context: In an effort to establish India as a key global player in the standardisation, research and development and manufacturing of 5G equipment, a Massive MIMO radio laboratory has been set up at IIT Delhi. This will be the first such lab in India.

What is MIMO Technology?

Multiple-input multiple-output, or MIMO, is a radio communications technology or RF technology that is being mentioned and used in many new technologies these days.

In Massive MIMO technology, several antennas are deployed at the base station as compared to only a few antennas in 3G/4G. This large antenna array at the base station allows the network to communicate reliably with a very large number of mobile terminals simultaneously at the same time and on the same frequency channel.

Benefits: It will help curb the emittance of radiation harmful to our health and also will allow less radio interference for better communication.

For Prelims and Mains: All about MIMO technology. 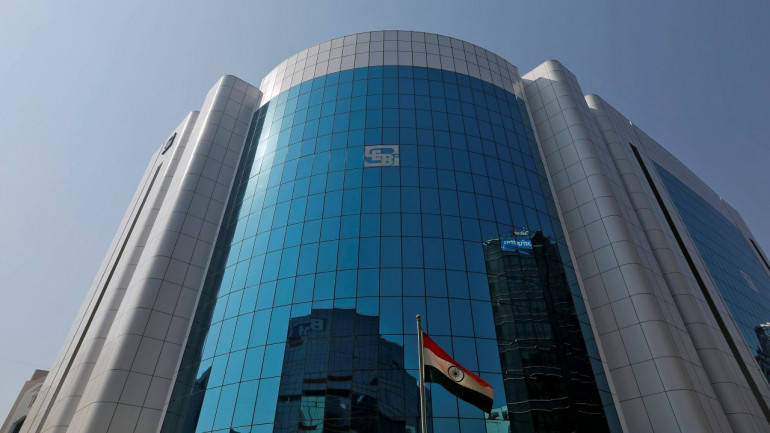 Context: Sebi has amended REITs and InvITs regulations to facilitate the growth of such trusts. As per the amendments, REITs and InvITs will now have to provide a mechanism for resolution of disputes with their shareholders and partners in the holding firm. 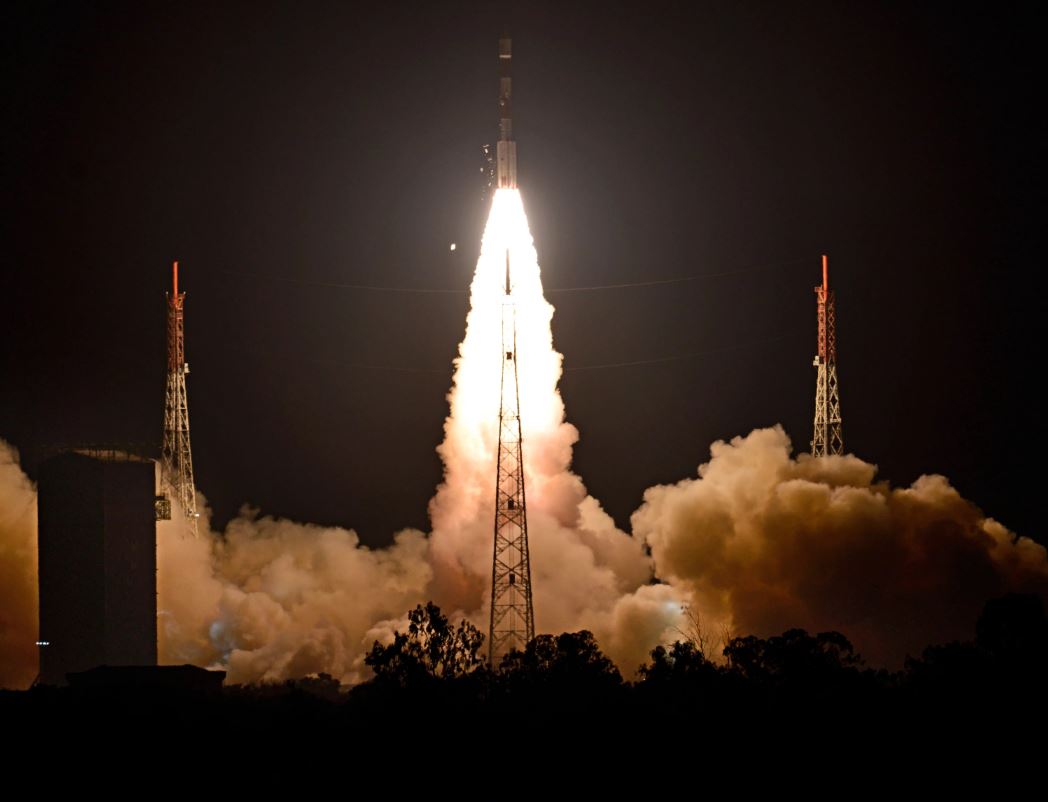 Context: The Indian Space Research Organisation (ISRO) has launched the IRNSS-1I satellite through its PSLV-C41. It was the 20th flight of PSLV-XL version. This satellite will transmit signals for the accurate determination of position, navigation and time.

IRNSS stands for Indian Regional Navigation Satellite System. It is a set of satellites which together can provide India a regional positioning system similar to the GPS. According to the ISRO website, the system is designed to give position accuracy better than 20 metres to users in its primary coverage area. It can also service regions extending up to 1500 km around India’s boundary. NavIC is the operational name for the IRNSS.

How many IRNSS satellites are up there now?

The last IRNSS, 1H, which was launched on August 31, 2017 was unsuccessful as the satellite did not come out of its heat shield.

What are the applications of IRNSS?

These satellites help not just in land navigation but also in marine and aerial navigation. The data from these satellites can be used to give vehicle drivers visual and voice navigation assistance. They also help in disaster management and in proper time-keeping.

Which Other Countries / Space Agencies Have Similar Navigational Systems?

India’s (ISRO’s) NavIC joined the elite league of four countries / space agencies which have similar navigation capabilities. These include GPS (United States), GLONASS (Russia), Galileo (European Union), BeiDou (China). Japan is also planning a similar project with three of its own satellites. Japan’s system will be called the QZSS. 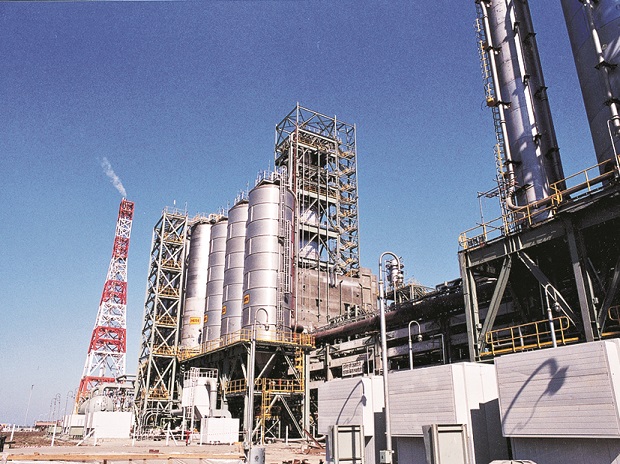 Context: An Indian Consortium consisting of IOCL, BPCL and HPCL and Saudi Aramco signed a Memorandum of Understanding (MoU) here today to jointly develop and build an integrated refinery and petrochemicals complex, Ratnagiri Refinery & Petrochemicals Ltd. (RRPCL) in the State of Maharashtra.

What it does? The strategic partnership brings together crude supply, resources, technologies, experience and expertise of these multiple oil companies with an established commercial presence around the world.

What is it? An all encompassing coordinated and composite exercise named Gaganshakti is being conducted by the IAF.

The aim of this exercise is real time coordination, deployment and employment of Air Power in a short & intense battle scenario. This exercise will hone the war fighting skills of the air warriors in a real time scenario thus affirming the IAF’s role as the cutting edge of our nation’s military capability.

Context: Department of Defence Production has announced the creation of a dedicated defence and aerospace small and medium enterprises (SME) fund.