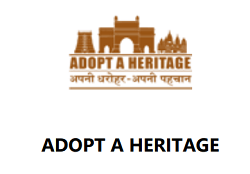 Context: Infrastructure conglomerate GMR and tobacco company ITC Ltd are currently bidding to adopt the Taj Mahal under the ‘Adopt a Heritage’ project. The iconic tomb in Agra was not initially on the list of monuments to be adopted under the Adopt a Heritage scheme, because of its importance. However, it was added to the list in February and a seven-member Oversight and Vision Committee will now decide whom to hand over the bid to.

What is it? The ‘Adopt a Heritage Scheme’ of Ministry of Tourism was launched on World Tourism Day i.e. 27th September, 2017.  This project is a key initiative of Ministry of Tourism in close collaboration with Ministry of Culture and Archeological Survey of India (ASI), to develop the heritage sites / monuments and making them tourist-friendly to enhance the tourism potential and their cultural importance in a planned and phased manner.

How it works? The project plans to entrust heritage sites/monuments and other tourist sites to private sector companies, public sector companies and individuals for the development of tourist amenities. The project aims to develop synergy among all partners.

Monument Mitras: Successful bidders selected for adopting heritage sites / monuments by the Oversight and Vision Committee shall be called as Monument Mitras. The basic and advanced amenities of the tourist destinations would be provided by them. They would also look after the operations and the maintenance of the amenities. The ‘Monument Mitras’ would associate pride with their CSR activities.

In 2007, the government of Maharashtra had announced its own adopt-a-monument scheme, inviting private and public sector companies to adopt heritage sites for a period of five years. This was extended to 10 years in 2014 because of the poor response from companies. So far, the only site to be adopted by a private company under this scheme is Osmanabad district’s Naldurg fort, where tourism amenities are now being managed by Unity Multicons.

For Mains: Need for conservation of heritage sites.

Context: As per latest data released by the government, 34 projects have been successfully implemented under National Culture Fund Scheme till date, thus, promoting, protecting and preserving India’s cultural heritage.

National Culture Fund (NCF) was set up as a Trust under the Charitable Endowment Act, 1890 in November 1996 by the Government, with a view to mobilize extra resources through Public Private Partnerships. Context: The Central Vigilance Commission (CVC) is planning to use Aadhaar to track the ill-gotten wealth of corrupt bureaucrats.

Aadhaar is being made mandatory for numerous financial transactions and property deals. Information made available through a person’s Permanent Account Number (PAN) and Aadhaar cards could help the CVC check if financial deals carried out by the cardholder were within his or her means.

It is the apex vigilance institution. It was created via executive resolution (based on the recommendations of Santhanam committee) in 1964 but was conferred with statutory status in 2003. It submits its report to the President of India.

Appointment: They are appointed by the President of India on the recommendations of a committee consisting of Prime Minister, Union Home Minister and Leader of the Opposition in Lok Sabha (if there is no LoP then the leader of the single largest Opposition party in the Lok Sabha).

Term: Their term is 4 years or 65 years, whichever is earlier.

Guidelines for accreditation of journalists

Context: Noticing the increasing instances of fake news in various mediums including print and electronic media, the Ministry of Information and Broadcasting has amended the Guidelines for Accreditation of Journalists.

Some incidents in the past few years have shown that society and its conflicts manifest themselves in what has come to be known as “fake news” — and the internet does aid its rapid distribution. That is not the malaise of the internet or social media platforms, however. It is the actors, very often, competing political and other special interests which are producers of such content. But, fake news is a huge problem and demands an urgent solution.

Social media platforms are a modern-day Roman Forum. These platforms are agnostic wondrous architectures, enabling different forms and types of self-expression. However, the need for checks around credibility and authenticity seem to have long forgone. What stays is the need for freedom. Which is warranted, of course. Yet, at the same time, need a sense of direction. With a critical sense of objectivity. Social media services can simply not afford to step in the conversation and regulate it.

Context: As many as 6 monuments/historical sites in the North Eastern states have been identified tentatively for listing under World Heritage Site.

Monuments/sites identified/placed under tentative list for listing under world heritage in the north eastern states are:

A UNESCO World Heritage Site is a place that is listed by the United Nations Educational, Scientific and Cultural Organization (UNESCO) as of special cultural or physical significance.

Selection of a site:

To be selected, a World Heritage Site must be an already classified landmark, unique in some respect as a geographically and historically identifiable place having special cultural or physical significance (such as an ancient ruin or historical structure, building, city, complex, desert, forest, island, lake, monument, mountain, or wilderness area). It may signify a remarkable accomplishment of humanity, and serve as evidence of our intellectual history on the planet.

UNESCO designation as a World Heritage Site provides prima facie evidence that such culturally sensitive sites are legally protected pursuant to the Law of War, under the Geneva Convention, its articles, protocols and customs, together with other treaties including the Hague Convention for the Protection of Cultural Property in the Event of Armed Conflict and international law.

What are endangered sites?

A site may be added to the List of World Heritage in Danger if there are conditions that threaten the characteristics for which the landmark or area was inscribed on the World Heritage List. Such problems may involve armed conflict and war, natural disasters, pollution, poaching, or uncontrolled urbanization or human development. The move comes after several requests from states as well as observations made by Comptroller and Auditor General (CAG) in its 2017 report that old crop insurances schemes which have now been merged with PMFBY, were poorly implemented during 2011-2016.

The PMFBY, launched in April 2016, compensates farmers for any losses in crop yield. In the event of a crop loss, the farmer will be paid based on the difference between the threshold yield and actual yield. The threshold yield is calculated based on average yield for the last seven years and the extent of compensation is set according to the degree of risk for the notified crop. The scheme is compulsory for farmers who have availed of institutional loans.

The scheme is implemented by empanelled general insurance companies. Selection of Implementing Agency (IA) is done by the concerned State Government through bidding. The scheme is compulsory for loanee farmers availing Crop Loan /KCC account for notified crops and voluntary for other others. The scheme is being administered by Ministry of Agriculture. Context: SIDBI celebrated it’s Foundation day on April 2nd with launch of ‘ Samridhi – the virtual assistant’. It will answer standard queries of aspirants 24*7. Context: A supersonic parachute that will help NASA missions to land on Mars, was successfully launched into the sky during a key test designed to mimic the conditions of entering the red planet. The Advanced Supersonic Parachute Inflation Research Experiment (ASPIRE) was launched aboard a sounding rocket from NASA’s Wallops Flight Facility in the US.

An ambitious NASA Mars rover mission set to launch in 2020 will rely on a special parachute to slow the spacecraft down as it enters the Martian atmosphere at over 12,000 mph (5.4 kilometers per second). The Mars 2020 mission will seek signs of ancient Martian life by investigating evidence in place and by caching drilled samples of Martian rocks for potential future return to Earth.

Context: New Delhi has become the first city in India to deploy Bharat Stage 6 Fuel for both petrol and diesel. two years ahead of the rest of the county. The idea behind this implementation two years ahead of the previously scheduled date of April 1, 2020, is to help battle Delhi’s long-standing terminal pollution problem.

The major difference in standards between the existing BS-IV and the new BS-VI auto fuel norms is the presence of sulphur. The newly introduced fuel is estimated to reduce the amount of sulphur released by 80 per cent, from 50 parts per million to 10 ppm. As per the analysts, the emission of NOx (nitrogen oxides) from diesel cars is also expected to reduce by nearly 70 per cent and 25 per cent from cars with petrol engines.

The government could face two key challenges in implementing the decision:

Context: Malaysia has approved a law banning fake news ahead of elections.

Key facts: The law makes “fake news” punishable with a maximum six-year jail term. The law covers all media and extends even to foreigners outside Malaysia.

Concerns: Critics fear the law will be abused to silence dissent ahead of a general election. 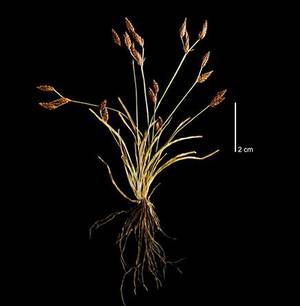 Context: Researchers have reported the discovery of a new plant species from the Western Ghats biodiversity hotspot. Classified as a sedge, the grass-like plant has been named Fimbristylis agasthyamalaensis, after the locality from which it was found.