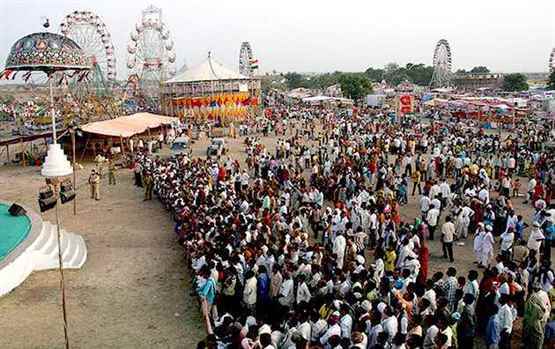 Context: Ministry of Culture is organizing the Madhavpur Mela in Madhavpur Ghed, District Porbandar in Gujarat in a grand way.

“Ek Bharat Shreshtha Bharat” was announced by Hon’ble Prime Minister on 31st October, 2015 on the occasion of the 140th birth anniversary of Sardar Vallabhbhai Patel. Subsequently, the Finance Minister announced the initiative in his Budget Speech for 2016-17.

Through this innovative measure, the knowledge of the culture, traditions and practices of different States & UTs will lead to an enhanced understanding and bonding between the States, thereby strengthening the unity and integrity of India.

The activity will be very useful to link various States and Districts in annual programmes that will connect people through exchanges in areas of culture, tourism, language, education trade etc. and citizens will be able to experience the cultural diversity of a much larger number of States/UTs while realising that India is one. 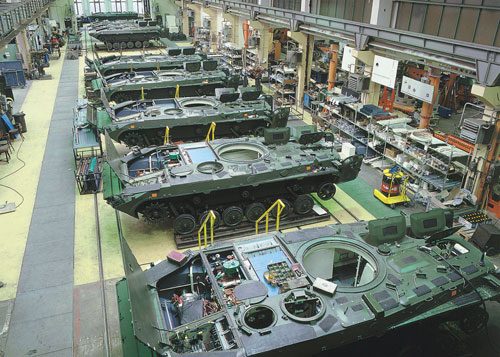 Context: The defence ministry has come out with a draft policy on defence production. The aim is to make India one of the top five manufacturers of defence platforms with active participation of public and private sectors. At present, India is one of the world’s largest importer of military platforms and weapons.

For Prelims and Mains: Policy on defence production and the need for indigenization. 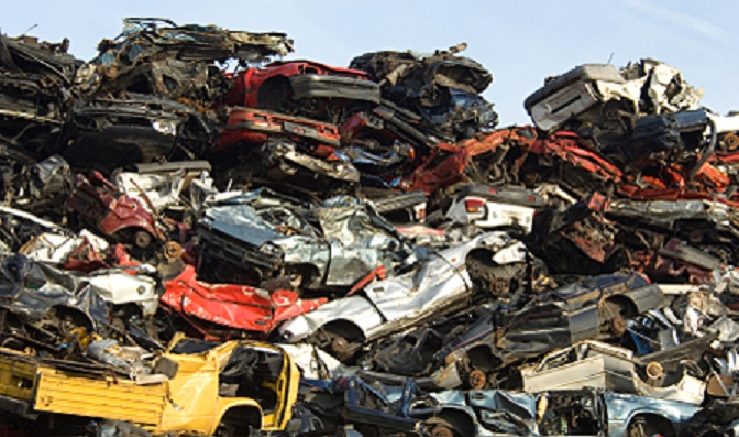 Context: Government’s New Vehicle Scrappage policy was recently cleared by the Prime Minister’s Office and is awaiting the approval of the GST Council.

Executive Board of UNESCO 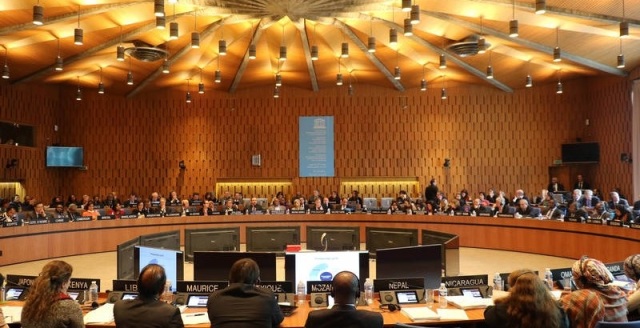 Context: The Government of India has decided to nominate Professor J S Rajput, former Director NCERT, as India’s representative to the Executive Board (EXB) of UNESCO. Professor J S Rajput is an eminent educationist with rich experience in various fields including UNESCO.

About the Executive Board:

Significance of the membership:

Being a member of the board enables India in principle to play a role in shaping and reviewing UNESCO’s policies and programmes corresponding to its five major programs on education, the natural science, the social and human Sciences, Culture and Communication and Information.

For Prelims: UNESCO executive board and general conference.

Context: Former NITI Aayog vice chairman Arvind Panagariya has made a strong case for privatisation of public sector banks with the exception of SBI.

Private banks will bring innovations in products, technology and customer servicing and a market-based discipline to lending. Private banks, knowing that they cannot count on government’s protection, are unlikely to engage in the sort of risky lending that characterised public bank lending. Also, they will not be subject to the same pressure from politicians and others in government that has destroyed the public sector banks.

Therefore, recapitalisation of PSBs alone is not a permanent solution and will not be effective unless the inherent issues related to governance, productivity, risk management, talent, customer service, etc. are resolved. The government should shrink unproductive public sector banks and move forward with increasing private sector participation in the banking sector.

Context: For the first time since 1998, the Ministry of Home Affairs (MHA) has increased the monthly stipend of surrendered militants in northeast India. The stipend for the former militants has been increased from ₹3,500 to ₹6,000 per month and the one-time grant has been enhanced from ₹1.5 lakh to ₹4 lakh.

Surrender-cum-rehabilitation scheme for Northeast States was meant to “wean away the misguided youth and hardcore militants who have strayed into the fold of militancy and find themselves trapped in that net.”

The internal security situation in the North-eastern states is complex. It requires people with in-depth knowledge of the terrain, society, politics and culture and history of insurgency in the region to be placed in positions entrusted with the handling of affairs. The Government must also focus on concluding final peace agreements with the insurgent groups as soon as possible so that all the energies could then be applied in tackling the groups that remain intransigent.

India’s Act East Policy could only be successful if we develop connectivity in the North-eastern states and permit greater people-to-people contact with the people of the ASEAN, and particularly with the people of Myanmar. Investments in the region are required for the economic advancement of the people. These would require the creation of a peaceful environment in the North-eastern states.

Topic: Security challenges and their management in border areas.

What is Protected area permit?

Under the Foreigners (Protected Areas) Order, 1958, all areas falling between the Inner line and the International Border of some states have been declared as protected areas.

How are these regions different?

As per the guidelines, a foreign national is not normally allowed to visit a protected or restricted area unless the government is satisfied that there are extra-ordinary reasons to justify his or her visit.

Who can issue such permits?

Necessary powers have been delegated to various authorities to issue such special permits without the prior approval of the Union home ministry to facilitate foreign tourists subject to the certain exceptions. 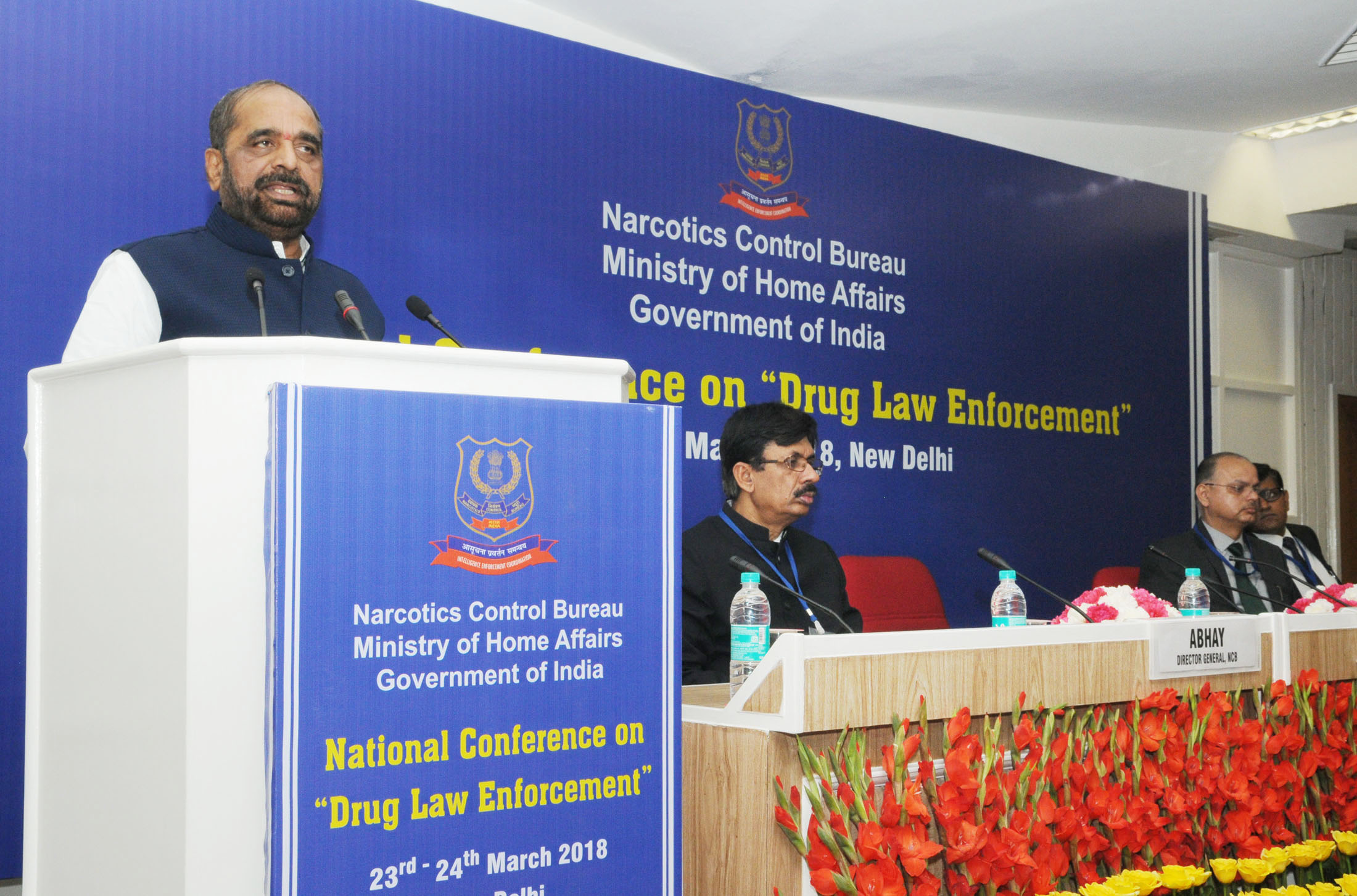 Need for prevention of drug abuse:

India is vulnerable to narcotic drug trafficking as it is located between two largest Opium producing regions of the world i.e. Golden Crescent in the west and Golden Triangle in the east. Drug trafficking and abuse also pose serious threat to our societies.

Involvement of foreign nationals in drug peddling poses another significant challenge of drug trafficking in India. During 2017, 332 foreign national have been arrested in drug cases in India.

The Government has taken several policy and other initiatives to deal with drug trafficking problem. It constituted Narco-Coordination Centre (NCORD) in November, 2016 and revived the scheme of “Financial Assistance to States for Narcotics Control”. Besides, in 2017, the government approved new Reward Guidelines with increased quantum of reward for interdiction or seizure of different illicit drugs.

The Narcotics Control Bureau is the apex coordinating agency. The Narcotic Drugs and Psychotropic Substances Act, 1985 which came into effect from the 14th November, 1985 made an express provision for constituting a Central Authority for the purpose of exercising the powers and functions of the Central Government under the Act.

What is it? It is the first International Exhibition of Graphic Prints held recently in New Delhi.