Context: Commemorative coins in denominations of ₹10 and ₹1000 have been released on Lord Jagannath’s Nabakalebar festival.

Festival Of Innovation And Entrepreneurship Context: The Festival of Innovation and Entrepreneurship was recently inaugurated by President Ram Nath Kovind. It is being organised by Rashtrapati Bhavan in association with the Department of Science and Technology and the National Innovation Foundation-India.

About the Festival Of Innovation And Entrepreneurship:

It is a celebration of country’s Innovation potential, particularly those ideas which stem from grassroots level including the citizen at the last mile and also a reflection of power of children’s creativity. It is an initiative to recognise, respect, showcase, reward innovations and to foster a supportive ecosystem for innovators.

Significance of the Festival: 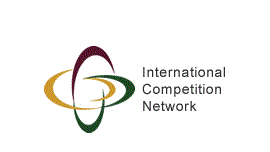 About the 2018 ICN conference:

Why have the ICN?

Economic globalisation has resulted in an increasing number of investigations and reviews of mergers, cartels and unilateral conduct that transcend jurisdictional boundaries. Agencies need to cooperate with each other on cross-border cases in order to reduce the risk of: (i) sub-optimal enforcement if an agency only has a partial picture of the situation; and (ii) inconsistent outcomes if different jurisdictions reach different conclusions about the same practice. The ICN helps facilitate cooperation and convergence, where appropriate. This is good for competition agencies, governments, businesses, and ultimately consumers.

For Mains: ICN- need and significance. Indian Science Congress Association (ISCA) is a premier scientific organisation started in the year 1914 in Kolkata. It has a membership of more than 30,000 scientists.

Origin: It owes its origin to the foresight and initiative of two British chemists, namely, Professor J. L. Simonsen and Professor P. S. MacMahon. It occurred to them that scientific research in India might be stimulated if an annual meeting of research workers somewhat on the lines of the British Association for the Advancement of Science could be arranged. Context: India is taking tentative steps towards restarting research into Cold fusion, some 25 years after it was shut down at the Bhabha Atomic Research Centre (BARC) following global criticism heaped on the idea. Three research groups have taken up the theme.

What is cold fusion?

Cold fusion describes a form of energy generated when hydrogen interacts with various metals like nickel and palladium.

When hydrogen, the main element of water, is introduced to a small piece of the metal nickel or palladium, a reaction occurs that can create excess heat and transmutation products. Excess heat means more heat comes out of the system than went in to the system. The excess heat can make hot water and useful steam to turn a turbine and produce electricity.

No radioactive materials are used in cold fusion. It occurs as the tiny protons, neutrons and electrons of hydrogen interact, releasing energy slowly, through heat and photons, without the dangerous radiation associated with conventional nuclear reactions, and cold fusion makes no radioactive waste.

Cold fusion seeks to produce nuclear energy without harmful radiation, complex equipment and the application of very high temperatures and pressures. But it has no conclusive theory explaining it and flies in the face of a well-established physics law that goes against easy fusion of nuclei. There is no guarantee that every time a cold fusion or LENR experiment is done, energy will be produced, say critics.

Research is underway in the U.S., Japan, China, Russia, Italy, France and Ukraine too. Given the challenge posed by the science behind LENR and its potential payoffs, the Indian government should fund academic institutions that are willing to enter the fray.

For Mains: All about cold fusion and criticisms. Context: The Geographical Indication (GI) Registry has issued a notice to the West Bengal State Food Processing and Horticulture Development Corporation, asking why the GI recognition given to ‘Banglar Rosogolla’ not be withdrawn.

A petition was recently filed objecting to the GI status procured by West Bengal for ‘Banglar Rosogolla’ four months ago. The petitioner questioned the data and documents provided by West Bengal for getting GI tag for this famous sweet. He had also pointed out that Odisha was not given a chance to explain its stance when the West Bengal State Food Processing & Horticulture Development Corporation applied for GI status.

Evidences on the origin:

While Odisha says the famous sweet was part of the offering in Sri Jagannath Temple of Puri at least five centuries ago. 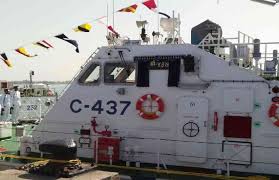 What is it? It is the Indian Coast Guard ship commissioned recently at Porbandar.

About: The boat is capable of undertaking multifarious task such as surveillance, interdiction, search and rescue and rendering assistance to boats and craft in distress at sea. The boat has advanced navigational and communication equipment with capability to respond to any maritime situation.

Jackfruit to be Kerala’s state fruit:

Context: Jackfruit is set to be declared as the official fruit of Kerala. The core objective of the government was to give a fillip to the production and sale of jackfruit and its value-added products.

Facts: Elephant is the state animal of Kerala, while ‘great hornbill’ is the state bird and ‘kanikkonna’, the official flower. The state had also recently declared pearl spot, popularly known as ‘karimeen’, as its official fish. Context: A floating laboratory has been introduced to save the Loktak lake. Researchers in a custom motorboat monitor levels of pollution in the 300 sq km water body.

Concerns: Rising urbanisation and land-use change over the years has seen the Loktak Lake, the largest in the northeast, become a dump-yard for the city’s municipal waste, ranging from plastic refuse to chemical runoff from farming. This worsens during years of floods.

About Loktak lake: Loktak Lake is the largest freshwater lake in Northeast India, and is famous for the phumdis (heterogeneous mass of vegetation, soil, and organic matter at various stages of decomposition) floating over it. It has first of its kind loktak floating elementary school.

Located on this phumdi, Keibul Lamjao National Park is the only floating national park in the world. The park is the last natural refuge of the endangered Sangai (state animal).

Hindu New Year was welcomed in different parts of the country with traditional festivities and celebrations. The Chaitra Sukladi, Ugadi, Gudi Padava, Navareh, Navroz and Chetti Chand are the same festivals in different names, marking the occasion.