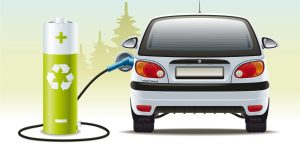 Pollution is the largest environmental cause of disease and premature death in the world today.

Last year, the Lancet Commission on Pollution and Health, attributed to air pollution an estimated 6.5 million premature deaths globally, with 1.1 million being from India.

The World Health Organisation’s urban air quality database had found four Indian cities to be among the world’s 10 most polluted.

As vehicular pollution is the main cause for deteriorating air quality in India, solutions like shift to Electric Vehicles (EV) is widely discussed.

Why is Pollution a major cause of concern?

Pollution is one of the great existential challenges of the Anthropocene epoch. Pollution endangers the stability of the Earth’s support systems.

Pollution in low-income and middle-income countries is caused by industrial emissions, vehicular exhaust, and toxic chemicals.

Fuel combustion is also a major source of the greenhouse gases and these short-lived climate pollutants drive climate change.

Pollution is a major cause of concern as it disproportionately kills the poor and the vulnerable.

Children are at high risk of pollution related disease and even extremely low-dose exposures to pollutants can result in disease.

Pollution is very costly. Pollution-related diseases cause productivity losses that reduce gross domestic product (GDP) in low-income to middle-income countries by up to 2% per year.

The data from the Global Burden of Disease study, brings together comprehensive estimates on the effects of pollution on health, provides economic costs, and information on contaminated sites across the world for the first time.

Internal combustion engine vehicles are responsible for the vast majority of pollutants. Whereas Electric vehicles produce little or no pollution directly except pollution created at the power plant that provides their electricity.

Since electric vehicles run on electricity generated from batteries and do not emit air pollutants, these vehicles are termed zero emission vehicles (ZEV).

While transforming from an ICV to EV based engines is to be an arduous task, the long term benefits could outweigh the hardships.

But to reach a goal of moving towards electric mobility by 2030, India needs to address all fundamental issues immediately.

What are the fundamental issues that need to be taken care of?