Context: Mumbai is set to be the newest member and the first Indian city on the World Cities Culture Forum (WCCF), a platform for cities to share their culture.

How will the forum help Mumbai?

Rapid urbanisation means that, by 2030, two-thirds of the world’s population will live in cities. The very speed of change is unprecedented and governments are facing increasingly complex challenges. Many of the great policy issues of our age, from tackling climate change to promoting social equality, are being led at city, rather than national, level.

As urban populations grow, so does the pressure on leaders to maintain their city’s distinctiveness, attract business and skilled jobs, and stay resilient and adaptable in the face of change. 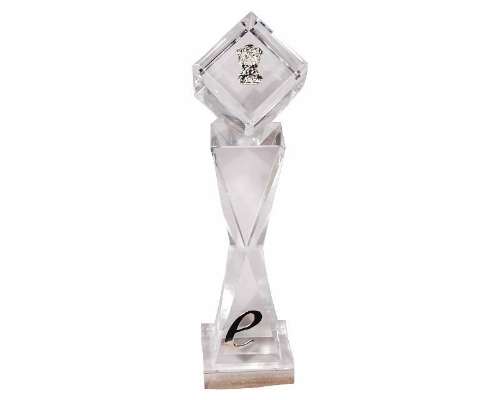 What is e governance? Demand for aviation skilled personnel has been rising commensurately with the boom in the civil aviation sector witnessed in the last 3-4 years. More than 900 new aircraft are expected to be inducted by Indian scheduled airlines in the coming few years. Air connectivity for both passenger transport and air freight is increasing, with new air routes and operationalisation of unserved or underserved airports through the UDAN Regional Connectivity Scheme. MRO and ground-handling demands for skilled personnel are also rising in tandem.

The National Skill Development Corporation (NSDC) is a one-of-its-kind, Public Private Partnership (PPP) model in India, under the Ministry of Skill Development & Entrepreneurship (MSDE). It aims to promote skill development by catalyzing creation of large, quality and for-profit vocational institutions. Context: Norway has announced it will spend 100 million Norwegian crowns, or $13 million, to make improvements to a special seed vault in the Arctic. The vault received its one-millionth seed sample on February 26, its 10th anniversary. It has the ability to hold about 2.5 billion seeds in total.

What is it? The Norwegian government built the Svalbard Global Seed Vault in 2008 to store seed samples of the world’s crops and plants. The vault serves as a natural deep freeze, and is meant to protect important genetic material in case of a major man-made or natural disaster.

Need: The loss of crop diversity and the vulnerability of existing seed collections in various seed/gene banks gave birth to the idea in of establishing a back-up seed facility in Svalbard.

Depositors retain ownership rights over the seeds sent to the facility. The boxes with seeds are sealed by the depositors and are not distributed to or given access to by anyone other than the depositors.

Svalbard was chosen for several reasons. Its cold climate and permafrost make the area a perfect location for underground cold storage. The surrounding sandstone is stable for building and is low in radiation. In terms of security, Svalbard scores high marks compared to the locations of many other genebanks in the world. The vault is located an extraordinary 120 meters (393.7 feet) into the rock, ensuring that the vault rooms will remain naturally frozen even in the event of failure of the mechanical cooling system and rising external air temperatures due to climate change.

Svalbard was chosen as the site of the seed bank, in part, because of the area’s permafrost – a thick layer of soil that stays frozen throughout the year. It makes for excellent underground cold storage. But in late 2016, the permafrost began to unexpectedly melt. This caused water to flow into the entrance of the vault tunnel. The event raised concerns about the need to better protect the samples. However, Norway government has initiated improvement works.

Where is India’s seed vault?

At Chang La in the Himalayas, at a height of 17,300 feet, there is a storage facility with over 5,000 seed accessions. One accession consists of a set of seeds of one species collected from different locations or different populations.

The vault is a joint venture of the National Bureau of Plant Genetic Resources (which comes under the Indian Council of Agricultural Research) and the Defence Institute of High Altitude Research (under Defence Research and Development Organisation).

Food security is a challenge in many developing countries. Crop diversity is the resource to which plant breeders must turn to develop varieties that can withstand pests, diseases, and remain productive in the face of changing climates. It will therefore underpin the world food supply. Also, the Seed Vault ensures that unique diversity held in gene banks in developing countries is not lost forever if an accident occurs. A backup copy will exist in Svalbard. Context: The Asian Infrastructure Investment Bank (AIIB) has approved $1.5 billion in loans to India for infrastructure projects in 2018. The funds are meant for investment in energy, roads and urban development projects. Of the loans committed by the multilateral bank, around $200 million will be invested under the National Investment and Infrastructure Fund (NIIF) framework.

What is it? The AIIB was established as a new multilateral financial institution aimed at providing “financial support for infrastructure development and regional connectivity in Asia.” It was founded in October, 2014, and has its headquarters in Beijing. Its goals are also to boost economic development in the region, create wealth, prove infrastructure, and promote regional cooperation and partnership. Context: National Science Day is celebrated on 28th of February every year in order to commemorate the invention of the Raman Effect in India by the Indian physicist, Sir Chandrasekhara Venkata Raman on the same day in the year 1928. For his great success in the field of science in India, Chandrasekhara Venkata Raman was awarded and honored with the Nobel Prize in the Physics in the year 1930.

Theme: “Science and Technology for a Sustainable Future”.

The Raman Effect is a change in the wavelength of light that occurs when a light beam is deflected by molecules. When a beam of light traverses a dust-free, transparent sample of a chemical compound, a small fraction of the light emerges in directions other than that of the incident (incoming) beam. Most of this scattered light is of unchanged wavelength. A small part, however, has wavelengths different from that of the incident light; its presence is a result of the Raman effect. India is not a water scarce country. Along with having major rivers, we receive an average annual rainfall of 1170 millimeters. But lack of sensitisation with regard to both conservation of water and pollution of water sources has resulted in a large part of the population for whom water has become more of a curse than a boon. Infrastructure for storage of water must be developed properly to ensure that people have access to safe water across the country.

Vodafone is planning to create the first 4G network on the moon by 2019. The company has appointed Nokia as its technology partner for the 4G network. This will be the first privately-funded moon landing mission.

Milan: The biennial naval exercise, Milan, is being organised at the Andaman and Nicobar Islands. The aim of the exercise is to expand regional cooperation and combat unlawful activities in critical sea lanes.