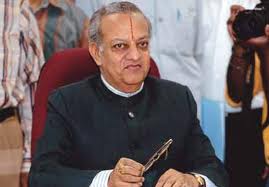 Context: N Gopalaswami committee has been constituted to select 20 institutes of higher education in India that will be developed into “world-class” institutes. In a few months, 10 each (from public and private category) institutions will be accorded the eminence status with a mandate, and supported, to achieve the world-class status over a period of 10 years.

Facilities provided to these institutes:

These institutes will be provided with greater autonomy to admit up to 30% foreign students, to recruit up to 25% foreign faculty, to offer online courses up to 20% of its programmes and to enter into academic collaboration with top 500 in the world ranking institutions without UGC permission.

Last year, the Union ministry of Human resources Development, through the University Grants Commission, had invited institutes from across the country to be upgraded into “world-class universities.” Following this the Commission had received 100 applications, maximum being from public institutions.

India lacks world-class universities according to international rankings, and Indian academics, compared internationally, are rather poorly paid. Students also suffer an immense shortage of places in top academic institutions and throughout the higher education system. India today educates only half as many young people from the university age group as China and ranks well behind most Latin American and other middle-income countries.

If India is to succeed as a great technological power with a knowledge-based economy, world-class universities are required. The first step, however, is to examine the problems and create realistic solutions. Spending large sums scattershot will not work. Nor will copying the American academic model succeed. Context: The Cabinet Committee on Economic Affairs has approved the methodology for auction of coal mines or blocks for commercial coal mining. The opening up of commercial coal mining for private sector is the most ambitious coal sector reform since the nationalisation of this sector in 1973.

As per the new methodology, there will be no end use restriction or price restriction for the coal that is mined from these blocks. The blocks will be awarded through a forward auction. The amount accrued through the bids will be in addition to the royalty that the States get. All the revenue from the sale of these blocks will go into coffers of the States where they are located.

Despite the increasing share of non-fossil fuels in India’s energy mix, the market for coal is projected to grow at a solid pace for several more years as this high-emitting fuel will continue to be the mainstay for the country’s power generation. Also, coal exports are a potentially lucrative business for India. Recent years have seen other state-run entities too establishing a presence in commercial coal mining and a jump in captive coal production (thanks to a 1993 amendment to CMNA) by a veritable cross-section of industries, public and private, but only commercial coal mining by the private sector was to bring a transformative change in the sector.

Context: India has contributed USD one million for the rehabilitation efforts in Tonga after the Tropical Cyclone Gita caused massive destruction in the Pacific island nation. India has allocated USD 500,000 in the India-UN Development Partnership Fund for the rehabilitation efforts while USD 500,000 will be provided for immediate relief assistance.

About the India-UN Development Partnership Fund:

What is it? The India-UN Development Partnership Fund was set up as a partnership between India and the United Nations Office for South-South Cooperation (UNOSSC).

What is it for? Managed by UNOSSC, the fund will support Southern-owned and led, demand-driven, and transformational sustainable development projects across the developing world. Focusing on Least Developed Countries (LDCs) and Small Island Developing States, United Nations agencies will implement the Fund’s projects in close collaboration with partnering governments. Context: According to experts, the adoption of blockchain by India’s banks could help avert frauds such as the one at Punjab National Bank as the disaggregated and transparent nature of the technology, which updates information across all users simultaneously, would have ensured that various officials would have instantly been alerted to the creation of the letters of undertaking (LoUs).

Blockchain is the digital and decentralized ledger that records transactions without the need for a financial intermediary, which in most cases is a bank. A blockchain is an anonymous online ledger that uses data structure to simplify the way we transact. Blockchain allows users to manipulate the ledger in a secure way without the help of a third party.

Blockchain is still a (relatively) new technology and is not without its problems. For a start, there are ongoing concerns about privacy in the settlement and storage of securities – blockchain providers are working hard to address.

Banks are also at threat with blockchain, since more and more firms (using their IT service providers from India and elsewhere) will build systems that can create and exchange ‘blocks’ with one another completely legally, without ever having to use the banks as a financial intermediary.

Blockchain is not a panacea for all issues facing the banking system today. However, blockchain is an ideal technology to ensure proof of integrity to the data and reduce incidents of fraud. Context: Starting the mass nesting this year, more than 3,100 female olive ridley turtles have come out of the sea to the sandy beach of the Rushikulya rookery coast in Ganjam district of Odisha.

The Rushikulya coast is considered to be a major nesting site in the world and lakhs of olive ridleys come here every year to lay eggs.

Context: The Enforcement Directorate is grappling with a severe manpower crunch. The directorate is currently functioning with less than 50% of the approved strength of 2,064 posts. While there are 900 officials handling operations at various levels, there is a vacancy of more than 300 investigating officials, which has resulted in increased work pressure on the present set-up.

What is it? It is a law enforcement agency and economic intelligence agency responsible for enforcing economic laws and fighting economic crime in India. It is part of the Department of Revenue, Ministry of Finance.

Objectives: The prime objective of the Enforcement Directorate is the enforcement of two key Acts- the Foreign Exchange Management Act 1999 (FEMA) and the Prevention of Money Laundering Act 2002 (PMLA). Other objectives are primarily linked to checking money laundering in India.

Background: The origin of this Directorate goes back to 1 May 1956, when an ‘Enforcement Unit’ was formed, in Department of Economic Affairs, for handling Exchange Control Laws violations under Foreign Exchange Regulation Act, 1947. In the year 1957, this Unit was renamed as ‘Enforcement Directorate’.