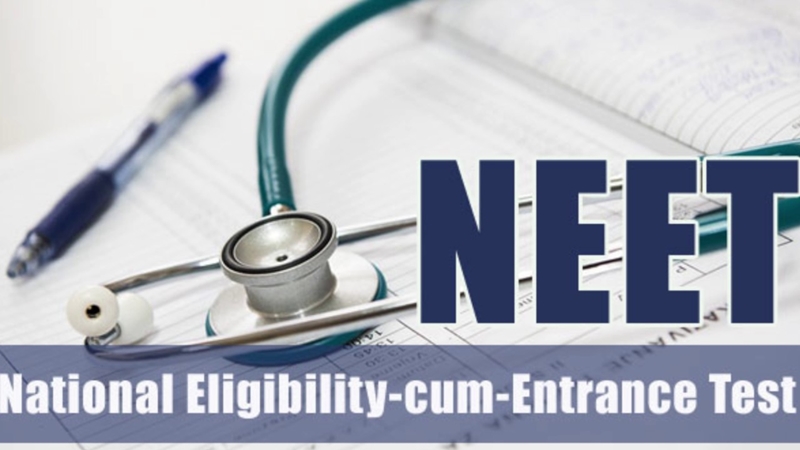 Context: Medical Council of India (MCI) proposal to amend the Screening Test Regulations 2002 has been approved by Health Ministry. It is now mandatory to qualify NEET to pursue foreign medical course.

A common National Entrance Exam viz. National Eligibility cum Entrance Test has been made mandatory for admission to all medical courses in the country. Indian students can also pursue medical education abroad and have to qualify a Screening Test called Foreign Medical Graduates Exam (FMGE), for registration to practice in India after obtaining primary medical qualification (MBBS) overseas. However, few medical institutions / Universities of foreign countries admit Indian students without proper assessment or screening of the students’ academic ability to cope up with medical education with the result that many students fail to qualify the Screening Test. In this regard, Medical Council of India (MCI) had proposed to amend the Screening Test Regulations, 2002, making it mandatory to qualify NEET to pursue foreign medical course.

The Medical Council of India was first established in 1934 under the Indian Medical Council Act, 1933. This Act was repealed and replaced with a new Act in 1956. Under the 1956 Act, the objectives of MCI include:

Why reform the MCI?

Like a license-raj permit controller, MCI has for long focused too much on licensing of medical colleges and stipulating impractical conditions, while ignoring its other mandate of maintaining ethical conduct in the profession. It has failed to stop the sale of medical seats in private colleges for capitation fees going up to Rs.50 lakh.

Over the years, it has emerged as a single, all-powerful agency heavily influenced by corporate hospitals to provide accreditation to institutions and assess their quality, ignoring blatant conflicts of interest. Context: Jogighopa, a small town in Assam, is set to become India’s gateway to South-East Asia as well as the rest of the North-East with the road ministry gearing up to develop a multimodal logistics park (MMLP) there with road, rail, waterways and air transport facilities.

Under the project, all four types of transportation—road, rail, air and waterways—will be available. The development includes railway sidings, container terminals, warehousing, non-cargo processing, a truck terminal, common facilities, support infrastructure and equipment. A special purpose vehicle, backed by the Asian Development Bank (ADB), will be created to execute the project, which will be executed in two phases.

The current transit corridors from mainland India to the North-East region pass through an area known as the “Chicken’s Neck”—a narrow tract of land in India between the borders with Bangladesh, Nepal and Bhutan. Since it is close to these borders and cannot be expanded, the North-East region requires an alternative route for providing connectivity to the rest of India—a route with adequate expansion potential. The Indo-Bangladesh road route, along with the National Waterways-2, provides such an option.

The move comes at a time when India’s neighbours are gearing up for trade. For example, Bangladesh’s development of the Khulna-Dhaka-Sylhet Economic Corridor and the Banglabandha-Dhaka-Chittagong-Cox’s Bazar Economic Corridor—to promote industrial development in the region. These initiatives are expected to drive freight movement in the region and facilitate trade between India and Bangladesh, and between Bangladesh and Bhutan through India.

North-East is one of the regions which has played a pivotal role in terms of logistics connectivity with the international and national corridors of India. And Asean’s (Association of Southeast Asian Nations) strong bond with the North-East region will act as a mascot for the entire region and for the rest of the businesses in India.

Jogighopa is a small town located on the banks of the Brahmaputra River in the Bongaigaon district in the state of Assam. Within the city are the remains of the five rock cut rock-cut caves, examples of Salasthambha period architecture.

Context: The President of India, Shri Ram Nath Kovind, recently hosted an ‘LPG Panchayat’ at Rashtrapati Bhavan. The LPG Panchayat was organised by the Ministry of Petroleum and Natural Gas with an aim to provide a platform for LPG consumers to interact with each other, promote mutual learning and share experiences.

Each LPG Panchayat has about 100 LPG customers coming together, near their living areas,to discuss safe and sustainable usage of LPG, its benefits and the link between clean fuel for cooking and women’s empowerment.

The LPG Panchayat is an interactive communication platform aimed at educating rural LPG users about proper safety precautions to be taken while using LPG, its benefit to the environment, its effect on women empowerment and health. With this, the government aims to reach the doorsteps of poor and under-privileged women to educate them about the safety and efficiency, health benefits, positive impact on environment, economic development and empowerment on usage of LPG connections.

One lakh LPG Panchayats would be activated across the country under the scheme during the next one and a half years. The idea of this platform is to trigger a discussion through sharing of personal experiences on the benefits of use of clean fuel compared to traditional fuels like cowdung. The agenda would also include safe practices, quality of service provided by distributors and availability of refill cylinders.

Under the Pradhan Mantri Ujjwala Yojana, Rs.8,000 crore has been earmarked for providing 50 million LPG (liquefied petroleum gas) connections to poor households. Under the scheme, an adult woman member of a below poverty line family identified through the Socio-Economic Caste Census (SECC) is given a deposit-free LPG connection with financial assistance of Rs 1,600 per connection by the Centre.

Eligible households will be identified in consultation with state governments and Union territories. The scheme will be implemented over the next three years. The scheme is being implemented by the Ministry of Petroleum and Natural Gas.

Context: Finance minister Arun Jaitley had proposed a merger of these three PSU general insurers in the Union Budget on February 1. The proposed merger of three public sector insurance firms may be completed by early 2019.

There are a lot of operational advantages and savings that will accrue from this proposed merger. The trigger for central government to go for merger of three general insurers is mainly to boost up their solvency ratio and divest part of its holding in the market. Merger will also stop the unhealthy competition between the government-owned insurers. It is hoped that this merger will make companies stronger.

There is also a concern that post merger, there will be unhealthy competition between two government-owned general insurers – New India Assurance and the new company that emerges out of the proposed merger. Also, it will be a big task to build the brand equity for a new entity in a highly competitive market.

Few experts are of the view that the government should go one step further and merge all the four public sector general insurers. Context: Rajasthan government has announced one-time farm loan waiver of up to Rs50,000 for small and marginal farmers in the state, which would cost Rs8,000 crore to the exchequer. The government has also announced setting up a farmer loan relief commission where farmers can approach and present their side for getting relief on merit basis.

In India, farm loan waivers have been announced intermittently by both the central and state governments to provide relief to farmers facing distress due to natural calamities/crop failure. According to a 2017 report by the RBI, farm loan waiver amounting to Rs 88,000 crore likely to be released in 2017-18 by seven states, including Uttar Pradesh and Maharashtra, may push inflation on permanent basis by 0.2%.

Context: The environment ministry has released the India State of Forest Report (ISFR) 2017. The ISFR report is published every two years. The India State of Forest Report 2017 is the 15th such report in the series. The report, however, for the first time contains information on decadal change in water bodies in forest during 2005-2015, forest fire, production of timber from outside forest, state wise carbon stock in different forest types and density classes.

India may be endowed with 16 major forest types, and 221 types and sub-types based on the Champion and Seth classification, but retains very little of its ancient forests after centuries of pre-colonial and colonial exploitation. Latter-day development pressures are also taking their toll. Forest restoration should, therefore, aid the return of native vegetation.

Increase in forest cover over the years is in sync with India’s commitment to the Paris Agreement on climate change and the country would meet its target of creating additional carbon sink (2.5 to 3 billion tonnes of CO2 equivalent) through increase in forest and tree cover by 2030.

Context: State-run power giant NTPC’s arm NVVN has emerged as the lowest bidder for supply of 300 MW power to Bangladesh for 15 years at an estimated tariff of Rs 3.42 per unit. The company is expecting a revenue of Rs 900 crore every year for supplying 300 MW under a tender floated by Bangladesh Power Development Board (BPDB). At present, India exports approximately 600 MW electricity to Bangladesh.

India already has power grid links with Bhutan, Nepal and Bangladesh, and is building power projects in the three countries. It also plans to develop power transmission links with Myanmar and Sri Lanka.