Stoneflies: indicate high oxygen water – Stoneflies spend the majority of their lives as nymphs. Many species require a high concentration of dissolved oxygen and are found in clean swift streams with gravel or stone bottom.

Mosses: some moss species indicate acidic soil. Delicate mosses found on rocks and trees in cities around the world can be used to measure the impact of atmospheric change and could prove a low-cost way to monitor urban pollution.

Lichens: some species indicate low air pollution. Lichens as a group have a worldwide distribution and grow almost on any surface, for example soil, bark, roof tiles or stone. Because lichens get all their nutrients from the air, many species are very sensitive to air pollution.

Fungi: Can indicate old-growth forests where an abundance of coarse woody debris exists.

Mollusca: numerous bivalve molluscs indicate water pollution status. Mollusca, and quite often bivalve molluscs are used as bioindicators to monitor the health of an aquatic environment, either fresh- or seawater. 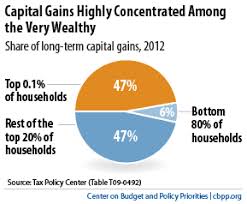 Capital asset is defined to include: Any kind of property held by an assessee, whether or not connected with business or profession of the assesse, stocks, movable property, jewellery; archaeological collections; drawings; paintings; sculptures; or any work of art. An increase in price of any of the above is subject to capital gains tax.

It is a project of NASA in the Arctic. It will take an year-round expedition into the central Arctic exploring the Arctic climate system. Background: The Arctic is a key area of global climate change, with warming rates exceeding twice the global average.

MOSAiC will be the first year-round expedition into the central Arctic exploring the Arctic climate system.

Background:  Transport sector is one of the major oil consuming sectors; it consumes 51% of the final oil consumption (International Energy Agency, 2010). Bio-CNG is a purified form of biogas with over 95% pure methane gas. It is similar to natural gas in its composition (97% methane) and energy potential. While natural gas is a fossil fuel, bio-CNG is a renewable form of energy produced from agricultural and food waste. Bio-CNG is being looked at as an environment-friendly alternative to diesel.

This Bio CNG can be used to power automobiles with the same efficiency as fossil fuel CNG and is now dispensed under the brand name AgroGasTM.

Bio CNG has a high calorific value and can be used in blast furnaces; also it can be converted into electricity.

The cost of production of 1kg of bio-CNG could be Rs15-20, cheaper than CNG, petrol and diesel. Besides, it will help in reducing the country’s import of diesel up to 50%. It is also pollution free.

KBAs are seen as an ‘umbrella’ designation, which includes globally important sites for different taxa and realms. The identification of KBAs is an important approach to address biodiversity conservation at the site scale i.e. at the level of individual protected areas, concessions and land management units.

KBAs are identified using globally standardised criteria and thresholds, and have clearly defined boundaries. There is no maximum or minimum size of sites, because appropriate size varies according to the socio-economic criteria, such as land use and tenure.