The Anganwadi Services Training Programme under the Umbrella Integrated Child Development Services (ICDS) Scheme is a Centrally Sponsored Scheme and the overall administration, management and monitoring of the implementation of the Scheme are being done by the respective State Government/UT Administration.

The Government of India releases funds to the State Governments/UT Administrations for implementation of the Scheme. Context: In a bid to make low-cost medicines more accessible, the health ministry is working to increase the number of AMRIT pharmacy stores by four times by this year end from the existing 111 outlets.

About the Affordable Medicines and Reliable Implants for Treatment (AMRIT) scheme:

Rapid Reporting System for the Scheme for Adolescent Girls

About the Rapid reporting system (RRS):

The RRS will facilitate the monitoring of the scheme and taking corrective measures by ensuring faster flow of information, accurate targeting of the beneficiaries and reduction of leakages. This Portal has been developed in collaboration with National Informatics Centre (NIC).

What is it? Realizing the multi-dimensional needs of out of school adolescent girls (11-14 years) owing to the onset of second growth spurt during this period and with an aim to motivate these girls to join school system, the government is implementing the Scheme for Adolescent Girls (SAG) for out of school girls in the age group of 11-14 years.

Aim: The scheme aims at providing them nutritional support, motivating out of school girls to go back to formal schooling or skill training under non-nutrition component of the scheme. In addition to the nutritional support under the scheme, the girls are equipped with information on health, hygiene and guidance on existing public services.

Implementation: Presently, MWCD is implementing the Scheme for Adolescent Girls (SAG) in selected 508 districts across the country. The scheme is being implemented using the platform of Integrated child Development Services Scheme. Anganwadi Centres (AWCs) are the focal point for the delivery of the services.

Funding: Scheme for Adolescent Girls is a centrally sponsored scheme, implemented through Centre and State share in the ratio of 50:50, for nutrition component 60:40 for the rest of the activities for State and UTs with legislation, 90:10 for NE and three Himalayan States and 100% for UTs without legislation. 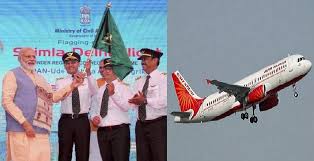 UDAN (‘Ude Desh ka Aam Naagrik’) is a first-of-its-kind scheme globally to stimulate regional connectivity through a market-based mechanism. The scheme aims to connect the country’s under-served and unserved airports.

The objective of the Scheme is to make flying affordable for the masses, to promote tourism, increase employment and promote balanced regional growth. It also intends to put life into un-served and under-served airports.

It offers viability gap funding to operators to fly smaller aircraft to such airports with a commitment to price tickets for at least half of the seats at ₹2,500 for an hour-long flight.

Air connectivity has a multiplier effect on tourism, investments, economic growth, job creation. Getting the nooks and corners of India linked up, directly or indirectly, through the fastest mode of transportation can open up the country like never before. Cheap fares on regional routes can mean a horde of first-time fliers taking to the skies, making accessible to them new economic opportunities and quick connections in times of emergencies. India is already among the fastest growing aviation markets in the world. But infrastructure constraints at airports in big cities could slow down this growth. UDAN, if successful, can provide a fillip to India’s aviation story. It could boost passenger numbers and provide feeder traffic to networks in big centres.

New programmes of DST and SERB for young scientists and researchers 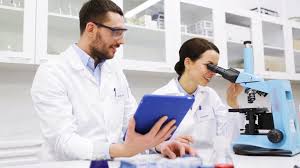 The government has announced four schemes to promote young scientists and researchers in the country. The schemes primarily aim at early recognition and reward to young talent in the field of science. They focus on youth to empower, recognize and motivate them.

The schemes announced are as follows:

The scheme aims to tap the latent potential of faculty working in state universities, colleges and private academic institutions who are well trained but have difficulty in pursuing their research due to varied reasons including lack of facilities, funding and guidance. This scheme facilitates mobility of such faculty members to carryout research in well-established public funded institution such as IITs, IISc, IISERS and other National Institutions (NITs, CSIR, ICAR, ICMR labs, etc) and Central Universities located preferably nearer to the institution where the faculty member is working. Up to 500 TAs will be supported under this scheme.

This has been instituted for enhancing the international mobility of Indian research students which has the potential to create a talented pool of globally trained manpower. The scheme provides an opportunity for research students to gain exposure and access to top class research facilities in academia and labs across the world. This scheme offers opportunities for up to 100 PhD students admitted in the Indian institutions for gaining exposure and training in overseas universities / institutions of repute and areas of importance to country for period up to 12 months during their doctoral research. The selected fellows will be paid a monthly fellowship amount equivalent to US $ 2000, one-time Contingency / Preparatory allowances of Rs. 60,000/- to cover visa fee, airport transfer charges, medical insurance etc.

This has been initiated to recognize and reward Principal Investigators (PIs) of SERB/DST projects who have performed remarkably well. The scheme aims not only to reward the best PIs of completed projects but also to motivate the ongoing PIs to perform exceedingly well. This positive reinforcement strategy would effectively improve the productivity of the research undertaken and the overall efficiency of the research ecosystem. DIA is a one-time career award devised to specifically cater to the younger scientists who have not received any other prestigious awards or fellowships. The award carries a fellowship of Rs. 15,000/- p.m. and an optional research grant for three years, based on peer review of the project proposal submitted.

This has been initiated to encourage, empower and endow popular science writing through newspapers, magazines, blogs, social media, etc. by young PhD Scholars and Post-Doctoral Fellows during the course of their higher studies and research pursuits. As over 20,000 youth are awarded PhD in S&T every year in India, the scheme aims to tap this tremendous potential to popularize & communicate science and also to inculcate scientific temperament in the masses.

The report found that, globally, air quality is the leading environmental threat to public health. In 2016, the Institute for Health Metrics and Evaluation estimated that diseases related to airborne pollutants contributed to two-thirds of all life-years lost to environmentally related deaths and disabilities. Pollution is particularly severe in places such as India and China, where greater levels of economic development contribute to higher pollution levels.

India’s low scores are influenced by poor performance in the environmental health policy objective. Deaths attributed to PM2.5 have risen over the past decade and are estimated at 1,640,113, annually (Institute for Health Metrics and Evaluation, 2017). Despite government action, pollution from solid fuels, coal and crop residue burning, and emissions from motor vehicles continue to severely degrade the air quality.

As the world community pursues new sustainable development goals, policymakers need to know who is leading and who is lagging on energy and environmental challenges. The 2018 EPI confirms that success with regard to sustainable development requires both economic progress that generates the resources to invest in environmental infrastructure and careful management of industrialization and urbanisation that can lead to pollution that threatens both public health and ecosystems.

Context: Bharat Parv event is being organized by the Government of India from 26th to 31st January 2017, as part of the Republic Day Celebrations. The Ministry of Tourism has been designated as the nodal Ministry for the event.

What is it? Bharat Parv is a national festival showcasing the country’s diverse culture, cuisines, handicrafts and catch glimpses of a progressive India. The prime objective of organizing the event is to generate a patriotic mood, promote the rich cultural diversity of the country, ensure wider participation of the general public and to popularise the idea of “Ek Bharat Shreshta Bharat”.

What is it? It is the new upgraded version of the Saras plane. It is a 14-seater plane developed by the National Aeronautics Laboratories (NAL). The flight recently completed a successful first flight in its new avatar.