Context: A recent study suggests new information regarding Australia’s history, indicating that a small area of the country was once part of Canada – forming a supercontinent named Nuna.

Research shows that about 1.7 billion years ago, Georgetown rocks were deposited into a shallow sea when the region was part of North America. Georgetown then broke away from North America and collided with the Mount Isa region of northern Australia around 100 million years later. This was a critical part of global continental reorganisation when almost all continents on Earth assembled to form the supercontinent called Nuna.

Nuna, also known as Columbia, was estimated to be around 12900 km from North to South at the widest part, reports Space Daily. Nuna was made up of more than just Canada and parts of Australia, however, with the eastern coast of India attached to western North America as well. At this point in our planet’s history, South America was rotated in such a way that the western edge of Brazil ended up lined up with eastern North America. The stitching together of these combined land masses gave us the supercontinent known as Nuna. Nuna predates Pangea dating back to 1.5-2.5 billion years ago. 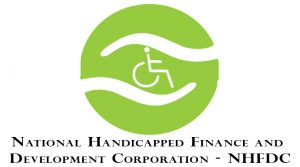 During the conference, the participating agencies were asked to better coordinate with NHFDC and Channelising agencies for the smooth and better implementation of NHFDC Schemes for the benefit of larger number of Persons with Disabilities (Divyangjan). In the Conference, incentive cheques were also given to the best performing SCAs/PSBs/RRBs of NHFDC.

NHFDC functions as an Apex institution for channelizing the funds to persons with disabilities through the State Channelizing Agencies (SCAs) nominated by the State Government. Context: The National Investment and Infrastructure Fund (NIIF), India’s first sovereign wealth fund, and Dubai-based ports operator DP World Pvt. Ltd, have announced the creation of an investment platform to invest up to $3 billion in ports, terminals, transportation and logistics businesses in India. This is the first investment platform from NIIF and will see investment up to $3 billion of equity to acquire assets and develop projects in these sectors.

NIIF was set up in 2015 as an investment vehicle for funding commercially viable greenfield, brownfield and stalled projects in the infrastructure sector. NIIF will invest in areas such as energy, transportation, housing, water, waste management and other infrastructure-related sectors in India. Context: Nasa has begun testing its new probe- Parker solar probe- that will ‘touch the sun’, when it launches into space this summer.

About the Parker Solar Probe:

‘Parker Solar Probe will travel through the sun’s atmosphere, closer to the surface than any spacecraft before it, facing brutal heat and radiation conditions and ultimately providing humanity with the closest-ever observations of a star.’

Aims of the mission: It will study the outer atmosphere of the sun, known as the corona. To measure the corona, the probe will reach an orbit within four million miles (6.5 million km) of the sun. The Parker Solar Probe (PSP) is also aimed at collecting vital information about the life of stars and their weather events. This will help scientists improve how we predict dangerous solar flares, which can disrupt satellites and power supplies here on Earth.

Benefits of the mission: The mission can help scientists to better understand solar flares – brief eruptions of intense high-energy radiation from the sun’s surface that can knock out communications on Earth. According to Nasa, observations from this new vantage point will also help to uncover the physics of how stars work, and could improve our ability to predict space weather. These events have impacts on Earth as well as the satellites and astronauts in space.

Why study the corona?

The corona is the sun’s outer atmosphere. It is unstable and produces solar wind and flares.  Millions of tons of highly magnetised material can erupt from the sun at speeds of several million miles an hour. Therefore, we need to get closer to it in order to understand how it works.

Solar flares can damage satellites and have an enormous financial cost. The charged particles can also threaten airlines by disturbing the Earth’s magnetic field. Very large flares can even create currents within electricity grids and knock out energy supplies.

Geomagnetic storms are more disruptive now than in the past because of our greater dependence on technical systems that can be affected by electric currents.

Campaign to save Reef from starfish In a push to preserve the World Heritage-listed ecosystem, a multimillion-dollar campaign has been launched by Australia to stop the predatory crown-of-thorns starfish devouring the Great Barrier Reef.

Money will be spent as incentives for farmers to prevent agricultural pollutants from running into the reef. Funds will also go towards increasing the number of patrol vessels and divers targeting the starfish.

The coral-eating starfish are naturally occurring but have proliferated due to pollution and agricultural run-off at the struggling reef. Their impact has been profound — a major study of the 2,300-km long reef’s health in 2012 showed coral cover has halved over the past 27 years, with 42% of the damage attributed to the pest. The reef is also reeling from significant coral bleaching due to warming sea temperatures linked to climate change.

Context: India will be hosting the International Dam Safety Conference – 2018 at Thiruvananthapuram. Central Water Commission is organizing the event in association with Kerala Water Resources Department (KWRD), Kerala State Electricity Board, National Institute of Technology Calicut and College of Engineering, Trivandrum. Dam safety conferences are organized as an annual event under the Dam Safety Rehabilitation and Improvement Project (DRIP) project.

A software programme – Dam Health and Rehabilitation Monitoring Application (DHARMA)-  will also be launched during the conference. DHARMA is a web tool to digitize all dam related data effectively. It will help to document authentic asset and health information pertaining to the large dams in the country, enabling appropriate actions to ensure need based rehabilitation. It is a new stride in asset management aspect by India.

The Ministry of Water Resources (MoWR), Government of India, with assistance from the World Bank, is implementing the DAM REHABILITATION AND IMPROVEMENT PROJECT (DRIP), which would be a six-year project.

Rocker Lab, a U.S. space startup, has become the first ever private company to successfully send satellites into orbit without the help of a government agency, paving the way for a “new era” of commercial access to space. Rocket Lab, which is headquartered in Los Angeles, deployed three satellites on only the second test launch of its Electron orbital launch vehicle, Still Testing.

Berlin Agriculture Ministers’ Conference was recently held under the auspices of the 10th Global Forum for Food and Agriculture in Germany. The conference affirmed to the role of ICT technologies as an important tool to agriculture, for example in improving water-use efficiency. The meeting was attended by agriculture ministers of 83 nations, as well as high-level representatives of international organisations such as the European Commission and the FAO. Together they adopted an ambitious communiqué and committed to a sustainable stewardship of water.

The theme of the meeting was “Agriculture and Water – Key to Feeding the World”.