Council for Trade Development and Promotion

Context: Shri Suresh Prabhu, Union Minister for Commerce and Industry recently chaired the 3rd meeting of the Council for Trade Development and Promotion.

About the Council for Trade Development and Promotion:

The Council for Trade Development and Promotion was constituted in July 2015 under the chairpersonship of the Union Minister for Commerce and Industry, in pursuance to the provisions of Foreign Trade Policy statement 2015-20.

Objective: The objective was to ensure a continuous dialogue with the governments of states and Union Territories on measures for providing an international trade enabling environment in the states and to create a framework for making the states active partners in boosting India’s exports.

Composition: The State Ministers of Commerce and Industry, Secretaries of concerned central departments/Ministries and heads of other export related organizations/trade bodies are Members of the Council. The award has been given in recognition of the contribution made by the Central Water Commission (CWC) for promoting the health and safety of large dams in India through the World Bank aided Dam Rehabilitation and Improvement Project (DRIP).

The Ministry of Water Resources (MoWR), Government of India, with assistance from the World Bank, is implementing the DAM REHABILITATION AND IMPROVEMENT PROJECT (DRIP), which would be a six-year project. The Central Dam Safety Organisation of Central Water Commission, assisted by a Consulting firm, is coordinating and supervising the Project implementation.

About CWC: Central Water Commission is a premier Technical Organization of India in the field of Water Resources and is presently functioning as an attached office of the Ministry of Water Resources, River Development and Ganga Rejuvenation, Government of India.

Functions: The Commission is entrusted with the general responsibilities of initiating, coordinating and furthering in consultation of the State Governments concerned, schemes for control, conservation and utilization of water resources throughout the country, for purpose of Flood Control, Irrigation, Navigation, Drinking Water Supply and Water Power Development. It also undertakes the investigations, construction and execution of any such schemes as required. 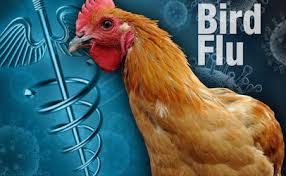 Context: An outbreak of H5 Avian Influenza has been reported from Dasarahalli village from Bengaluru Urban District in Karnataka. On the directions of the Centre, the Karnataka Government has notified the outbreak and initiated the control and containment operations.

A central team of Department of Animal Husbandry, Dairying & Fisheries comprising of two experts has been deputed to Bengaluru for overseeing the operation and to assist the State Government.

Treatment: Human infections with bird flu viruses usually can be treated with the same prescription drugs that are used to treat human seasonal flu viruses.

Risk factors involved: According to WHO, a few A(H5N1) human cases have been linked to consumption of dishes made of raw, contaminated poultry blood. However, slaughter, handling carcasses of the infected poultry, and preparing poultry for daily consumption in households are likely to be risk factors.

Context: The annual ASEAN India Pravasi Bharatiya Divas is being celebrated at Singapore. The conference, which will be attended by top leaders and businessmen from Singapore and India, will discuss the contribution of the Indian diaspora community in Southeast Asia.

Aim of the event: To highlight the “ancient human, maritime, cultural, commercial and religious links between India and Southeast Asia” and to promote greater economic, cultural and diplomatic cooperation between the two regions.

Significance of the event:

The event coincides with the 25th anniversary of India-Asean dialogue partnership, which will be marked by a summit on Jan. 25 in New Delhi. Asean leaders have been invited by India to be chief guests at the Republic Day parade in New Delhi on Jan. 26.

Pravasi Bharatiya Divas (PBD) is celebrated every year on January 9 to mark the contribution of overseas Indian community in the development of India. January 9 was chosen as the day to celebrate this occasion since it was on this day in 1915 that Mahatma Gandhi, the greatest Pravasi, returned to India from South Africa, led India’s freedom struggle and changed the lives of Indians forever.

Context: The Comptroller and Auditor General’s (CAG) report on bio-toilets has found 1,99,689 defects in 25,000 toilets installed in Railways. Also, according to the data released by national auditor to Parliament, the Indian Railways needs to buy 3,350 truckloads of cow dung at Rs 42 crore in 2018 to “recharge”— add bacteria to activate degradation — leaky, malfunctioning ‘bio-toilets’ that it has fitted on 44.8% of trains and hopes to expand to all trains by 2018.

What are Bio- toilets?

The bio-toilets are fitted underneath the lavatories and the human excreta discharged into them; these toilets incorporate microbes with an anaerobic digestion process to digest human waste. A colony of anaerobic bacteria acts upon the collected waste and converts the waste into water and biogases (mainly methane and carbon dioxide). While the gases escape into the atmosphere, the wastewater is discharged after disinfection onto the track, thus putting an end to the crisis of railway tracks strewn with excreta.

Each bio-toilet requires 60 litres — or three large bucketfuls — of inoculum, a mix of cow dung and water. This inoculum begins the process of breaking down 3,980 tons of human excreta. Anaerobic bacteria are abundantly available in cow dung.

Context: Britain is considering implementing a “latte tax” to curb the consumption of disposable coffee cups. The fee would amount to 50 cents on top of every coffee sold, and it’s intended to encourage people to use reusable coffee cups.

Need for levy on this:

In the UK, 500 takeaway coffee cups are thrown away every minute. Most takeaway cups aren’t recyclable; they’re laminated with plastic or polyethylene that is difficult to strip away and most recycling facilities aren’t equipped to recycle them. 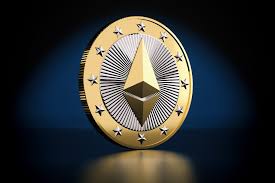 Context: Ethereum has hit $1,000 for the first time, while investors eye at alternative currencies such as ripple, ethereum and litecoin besides bitcoin. Earlier Ethereum was the second-most valued currency after bitcoin, but now ripple has outpaced it lately. The market capitalization of ripple is $121 billion while ethereum’s market cap is little less than $100 billion on Saturday. Bitcoin, the big daddy of cryptocurrency, still rules the world of digital currencies with a whopping market cap of $280 billion.

It, like most cryptocurrencies, shares the same basic traits as bitcoin. It has underlying blockchain technology with a tethered token, which in this case is known as “Ether.” Ether is the token investors are purchasing.

How is it different from other cryptocurrencies?

Unlike most blockchains, Ethereum’s has an added component that’s particularly attractive to enterprise clients: smart contracts. These protocols help to verify, facilitate, or enforce the negotiation of a contract in an efficient and secure manner.

Blockchain is the digital and decentralized ledger that records transactions without the need for a financial intermediary, which in most cases is a bank.

The advantages of blockchain technology are aplenty. First, is the potential for smaller transaction fees as a result of having no third-party involved. Secondly, the decentralization of blockchain ensures that there’s no central hub cybercriminals could attack.