What is it? The Serious Fraud Investigation Office (SFIO) is a fraud investigating agency. It is under the jurisdiction of the Ministry of Corporate Affairs, Government of India. The SFIO is involved in major fraud probes and is the co-ordinating agency with the Income Tax and CBI.

Composition: It is a multi-disciplinary organization having experts from financial sector, capital market, accountancy, forensic audit, taxation, law, information technology, company law, customs and investigation. These experts have been taken from various organizations like banks, Securities and Exchange Board of India, Comptroller and Auditor General and concerned organizations and departments of the Government.

Background: The Government approved setting up of this organization on 9 January 2003 on the basis of the recommendations made by the Naresh Chandra Committee which was set up by the Government on 21 August 2002 on corporate governance.

WHO to recognize gaming disorder as mental health condition in 2018 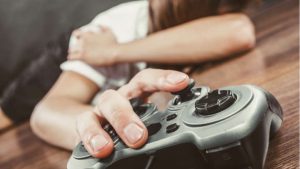 In the draft of its forthcoming 11th International Classification of Diseases, the World Health Organization includes “gaming disorder” in its list of mental health conditions. The new ICD-11 entry on gaming disorder “includes only a clinical description and not prevention and treatment options.”

What is gaming disorder?

The WHO defines the disorder as a “persistent or recurrent” behavior pattern of “sufficient severity to result in significant impairment in personal, family, social, educational, occupational or other important areas of functioning.” The disorder is characterized by “impaired control” with increasing priority given to gaming and “escalation,” despite “negative consequences.”

About International Classification of Diseases:

What is it? ICD is the “basis for identification of health trends and statistics globally and the international standard for reporting diseases and health conditions. It is used by medical practitioners around the world to diagnose conditions and by researchers to categorize conditions.” The WHO’s ICD lists both mental and physical disorders.

What is it for? This comprehensive list is intended to make it easier for scientists to share and compare health information between hospitals, regions and countries. It also enables health care workers to compare data in the same location over different time periods. Additionally, public health experts use the ICD to track the number of deaths and diseases. 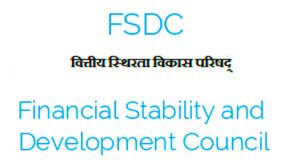 Context: Finance Minister Arun Jaitley will chair pre-Budget consultation meeting with financial sector regulators and take stock of the economic situation. Fiscal position, external sector environment, financial sector reforms, rising non-performing assets and regulatory issues are likely to figure in the meeting. Apart from offering proposals for the Union Budget 2018 -19, the FSDC would also review the measures taken by the government and the RBI for dealing with the stressed assets and initiation of insolvency action against defaulting promoters.

The Council deals, inter-alia, with issues relating to financial stability, financial sector development, inter–regulatory coordination, financial literacy, financial inclusion and macro prudential supervision of the economy including the functioning of large financial conglomerates. No funds are separately allocated to the Council for undertaking its activities.

The Trafficking of Persons (Prevention, Protection and Rehabilitation) Bill 2017

Context: The Trafficking of Persons (Prevention, Protection and Rehabilitation) Bill 2017, initiated by the women & child development ministry, is currently with a group of ministers (GoM) that will take a final view on the matter. The Bill has proposed severe punishment for those engaging in the heinous crime.

Anti- trafficking bureau: The bill proposes the establishment of a national anti-trafficking bureau, which shall be entrusted with the gamut of issues aimed at controlling and tackling the menace under various forms.

Functions of the Bureau: Functions include coordination, monitoring and surveillance of illegal movement of persons and prevention. The bureau will also be entrusted with increasing cooperation with authorities in foreign countries for boosting operational and long-term intelligence for investigation of trafficking cases, and driving in mutual legal assistance.

State level measures: The bill also aims at having state-level anti-trafficking officers who shall also provide relief and rehabilitation services through district units and other civil-society organisations.

Relief and rehabilitation: The bill also spells out measures towards relief and rehabilitation for the victims of trafficking, and seeks the formation of a committee for this purpose. The committee is proposed to be headed by the women & child development secretary and would have members from the ministries of home; external affairs; labour and employment; social justice and empowerment; panchayati raj; and heath and family welfare.

As per data released by the National Crime Records Bureau (NCRB), human trafficking numbers rose by almost 20% in 2016 against the previous year. NCRB said there were 8,132 human trafficking cases last year against 6,877 in 2015, with the highest number of cases reported in West Bengal (44% of cases), followed by Rajasthan (17%). Of the 15,379 victims who were caught in trafficking, 10,150 were female and 5,229 males.

Context: A new scheme for protection of Majuli Island in Assam has been launched. The scheme protects the island from flood and erosion. The scheme was sanctioned by Government of India in March, 2017. The funding for the project would be from Ministry of DoNER.

The area of Majuli island was 734 sq km in 1914 whereas, the minimum area was recorded to be 502 sq km in 2004. Geomorphologically, the entire Majuli island is a part of the alluvial flood plains of the Brahmaputra river. The Island is formed of soil consisting mainly of silt deposits. The soil is without cohesion and thus, susceptible to erosion. The problem of erosion has been severe after the disastrous earthquake of 1950. As per Survey of India topo-sheets and satellite imagery data, area lost by the Island is 206.7 sqkm from the year 1949 upto the year 2004. Although some measures were taken in the form of embankment and anti-erosion work by Government of Assam, the problem of erosion and flood remained mostly uncontained. The embankments built during the 60s were in poor condition.

Majuli Island was also declared the largest river island in the world, toppling Marajo in Brazil, by Guinness World Records in 2016. In another significant step to combat climate change, the Ministry of Environment, Forest and Climate Change has approved a regional project on ‘Climate Resilience Building among Farmers through Crop Residue Management’ under the National Adaptation Fund for Climate Change (NAFCC).

The problem of crop residue burning has been intensifying over the years, with Punjab, Haryana and Uttar Pradesh being the major burning hotspots. Increased mechanization, declining number of livestock, long period required for composting and no economically viable alternate use of residues are some of the reasons for residues being burnt in field. This not only has implications for global warming, but also has an adverse impact on air quality, soil health and human health.

About the National Adaptation Fund for Climate Change (NAFCC):

The National Adaptation Fund for Climate Change (NAFCC) was established in August, 2015 to meet the cost of adaptation to climate change for the State and Union Territories of India that are particularly vulnerable to the adverse effects of climate change.

The Indonesian island of Bali recently declared a “garbage emergency” in response to the overwhelming amount of plastic waste that has floated ashore and spoiled pristine beaches. A 3.6-mile stretch of beach on the island’s western coast was declared an emergency zone after authorities realised that the volume of plastic being washed up was endangering the tourist trade.

Background: Indonesia is the world’s second largest contributor to marine debris, outdone only by China, the most populous country in the world. In addition to degrading the beaches, plastic waste blocks waterways, impacting transportation and increasing flooding risk, while posing a risk to marine animals.