Context: Since the National Company Law Tribunal (NCLT) was set up 18 months ago, over 4,300 cases have been filed at its various benches for resolution process, according to the Reserve Bank data. Of these, more than 500 applications seeking admission for insolvency proceedings were rejected, dismissed or withdrawn.

What is it? National Company Law Tribunal (NCLT) is a quasi-judicial body that will govern the companies in India. It was established under the Companies Act, 2013 and is a successor body of the Company Law Board.

Powers: NCLT will have the same powers as assigned to the erstwhile Company Law Board (which are mostly related to dealing with oppression and mismanagement), Board for Industrial and Financial Reconstruction (BIFR)(revival of sick companies) and powers related to winding up of companies (which was available only with the High Courts).

Background: The setting up of NCLT as a specialized institution for corporate justice is based on the recommendations of the Justice Eradi Committee on Law Relating to Insolvency and Winding up of Companies.

The Prevention of Torture Bill, 2017 Context: The Prevention of Torture Bill, 2017 has been introduced in the Parliament as a private member’s bill. Private members’ bills can be introduced by any member of Parliament who is not a minister but seldom get enacted.

The proposed legislation fulfils India’s commitment, as confirmed to the United Nations, that “torture and other cruel, inhuman or degrading treatment or punishment” are prohibited and constitute serious violations of human rights. The 152nd report of the Law Commission on “Custodial Crimes” had also recommended changes to the law to make torture punishable.

India is one of only eight countries out of 170 signatories to the United Nations convention against torture and other inhuman treatment or punishment yet to ratify it.

India has signed the UN Convention against torture way back in 1997. But, it has still not ratified it. The Convention defines torture as a criminal offence. The Convention requires states to take effective measures to prevent torture in any territory under their jurisdiction, and forbids states to transport people to any country where there is reason to believe they will be tortured. The UN Security Council has unanimously voted to impose tough new sanctions on North Korea in response to Pyongyang’s latest missile test. The restrictions, proposed by the US, are designed to prevent Pyongyang from furthering its nuclear programme. The move was a “significant ramping up” of sanctions against North Korea.

The sanctions include a ban on nearly 90% of refined petroleum exports to North Korea. The resolution also orders North Koreans who work abroad to return to the country within 24 months.

The resolution also contains a commitment to the resumption of “six-party talks”, leaving the door open for possible diplomatic negotiations. The six-party talks are a diplomatic effort, which aim to find a peaceful solution to security concerns in the Korean Peninsula. They involve North Korea, South Korea and the US, along with regional powers China, Japan and Russia. The last six-party talks were held in 2009.

Intentions behind this move:

The idea is to squeeze North Korea as tightly as possible to reduce its income, reduce its revenues, and in that way hopefully drive it to the negotiating table and also for it to stop its missile development process.

Last month, the US unveiled fresh sanctions against North Korea which it said were designed to limit the funding for its nuclear and ballistic missile programmes. The measures targeted North Korean shipping operations and Chinese companies that trade with Pyongyang.

The UN also approved new sanctions following North Korea’s nuclear test on 3 September. These measures restricted oil imports and banned textile exports – an attempt to starve the North of fuel and income for its weapons programmes.

North Korean leader Kim Jong-un’s government has conducted several missile tests this year, which have drawn condemnation from the international community. Recently, in November 2017, it had successfully conducted a new intercontinental ballistic missile (ICBM) capable of reaching the US mainland. The missile is said to be the “most powerful ICBM” yet to be tested by the country. It was the third test of an ICBM by North Korea this year.

It described the latest UN sanctions “as a violent breach of our republic’s sovereignty and an act of war that destroys the peace and stability of the Korean peninsula and a wide region.

Scientists have developed a new type of neural network chip that can dramatically improve the efficiency of teaching machines to think like humans. The network is called- Reservoir Computing System.

Researchers from University of Michigan in the US created their system using memristors, which require less space and can be integrated more easily into existing silicon-based electronics. Memristors are a special type of resistive device that can both perform logic and store data.

Researchers used a special memristor that memorises events only in the near history. Inspired by brains, neural networks are composed of neurons, or nodes, and synapses, the connections between nodes.

To train a neural network for a task, a neural network takes in a large set of questions and the answers to those questions. In this process of what’s called supervised learning, the connections between nodes are weighted more heavily or lightly to minimise the amount of error in achieving the correct answer.

Once trained, a neural network can then be tested without knowing the answer. For example, a system can process a new photo and correctly identify a human face, because it has learned the features of human faces from other photos in its training set.

Significance of the system:

Reservoir computing systems built with memristors can skip most of the expensive training process and still provide the network the capability to remember. This is because the most critical component of the system – the reservoir – does not require training.

When a set of data is inputted into the reservoir, the reservoir identifies important time-related features of the data, and hands it off in a simpler format to a second network. This second network then only needs training like simpler neural networks, changing weights of the features and outputs that the first network passed on until it achieves an acceptable level of error.

The system can predict words before they are said during conversation, and help predict future outcomes based on the present.

India to have its own gravitational wave detector in 2025 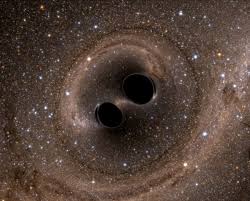 A new LIGO gravitational wave detector to measure ripples in the fabric of space and time is set to be built in India by 2025, in collaboration with universities from across the globe. The new Laser Interferometer Gravitational-Wave Observatory (LIGO) detector will add to the two already operational in the US.

Significance of this move: A third LIGO detector will help pinpoint the origin of the gravitational waves that are detected in future.

The observatory, described as “the most precise measuring device ever built,” is actually two facilities in Livingston, Louisiana, and Hanford, Washington. They were built and operated with funding from the National Science Foundation, which has spent $1.1 billion on LIGO over the course of several decades.

Why they are useful?

These waves will be particularly useful for studying black holes (the existence of which was first implied by Einstein’s theory) and other dark objects, because they’ll give scientists a bright beacon to search for even when objects don’t emit actual light.

With this, mapping the abundance of black holes and frequency of their mergers could get a lot easier. Since they pass through matter without interacting with it, gravitational waves would come to Earth carrying undistorted information about their origin. They could also improve methods for estimating the distances to other galaxies.

Why it is difficult to detect these waves?

The reason that gravitational waves have been so difficult to detect is that their effects are tinier than tiny. In fact, the signals they produce are so small that scientists struggle to remove enough background noise to confirm them.

When objects with mass accelerate, such as when two black holes spiral towards each other, they send waves along the curved space-time around them at the speed of light, like ripples on a pond. The more massive the object, the larger the wave and the easier for scientists to detect. Gravitational waves do not interact with matter and travel through the Universe completely unimpeded.

The Indian Railways has flagged off the country’s first air-conditioned suburban local train for Mumbai commuters, 150 years after the first suburban local was hauled by a steam engine in 1867. Manufactured by the Integral Coach Factory, Chennai, the fully air-conditioned air-suspension coaches have a capacity of carrying nearly 6,000 commuters per rake, automatic door opening-closing system, LED lights, Emergency Talk Back System between commuters and guard besides a public address system and advanced GPS-based passenger information systems.

Delhi metro is all set to inaugurate its first section of Magenta line. This line will connect between Botanical Garden and Kalkaji, reducing the travel time between Noida and South Delhi by about half an hour.

Features: The Majenta Line will have, for the first time in India, trains that will run unattended. However, there would be roving attendants. Similarly, the platform screen doors (PSDs) are also being used for the first time. PSDs are glass-made screens installed near the edge of platforms that open only when a train arrives and shut after it departs. They are installed to enhance commuter safety. There is also Communication Based Train Control (CBTC) signalling technology will be used that can facilitate movement of trains with a frequency of 90 to 100 seconds.

China has launched homegrown AG600, the world’s largest amphibious aircraft. The plane is codenamed Kunlong. With a wingspan of 38.8 metres (127ft) and powered by four turboprop engines, the aircraft is capable of carrying 50 people and can stay airborne for 12 hours. The amphibious aircraft has military applications but will be used for firefighting and marine rescue.