Context: The Union Cabinet has approved the Ministry of Railways’ transformative initiative to set up the first ever National Rail and Transport University (NRTU) in Vadodara to skill its human resources and build capability. This innovative idea will be a catalyst for transformation of rail and transport sector towards New India.

The university plans to use latest pedagogy and technology applications (satellite based tracking, Radio Frequency Identification and Artificial Intelligence) to improve on-the-job performance and productivity. Close collaboration with the Indian Railways will ensure that the stakeholders have access to Railways’ facilities, which will work as ‘live labs’ and they will be able to work on solving real life problems. It will have ‘Centres of Excellence’ showcasing high-end, niche technology like High Speed Train. Context: A Financing Agreement for IDA Credit of USD 125 million (equivalent) for the “Skills Strengthening for Industrial Value Enhancement Operation (STRIVE) Project” was recently signed by the Government of India with the World Bank.

The Objective of the operation is to improve access to quality and market-driven vocational training provided in it is and apprenticeships.

About the Skill Strengthening for Industrial Value Enhancement (STRIVE) project:

What is it? STRIVE is an outcome focused scheme marking shift in government’s implementation strategy in vocational education and training from inputs to results. STRIVE will focus to improve on the quality and the market relevance of vocational training provided in ITIs and strengthen the apprenticeship programme through industry-cluster approach. Context: Lok Sabha has passed the Immovable Property (Amendment) Bill. The Bill amends the regulations governing compensation payable for acquisition of immovable property by the Centre for defence and security purposes.

The Requisitioning and Acquisition of Immovable Property Act empowers the central government to requisition any immovable property and also to acquire them under certain specified conditions. The Act came into force in March 1952. Context: The KP Plenary Session is being held at Brisbane, Australia. In one of the landmark decisions favoring India’s leading position in Diamonds globally, India was appointed as the Kimberly Process (KP) Vice Chair for 2018 & Chair for 2019 in the last plenary held in Dubai in November, 2016. The EU will be KP Chair for 2018.

What is the Kimberley Process?

The Kimberley Process is an international certification scheme that regulates trade in rough diamonds. It aims to prevent the flow of conflict diamonds, while helping to protect legitimate trade in rough diamonds. The Kimberley Process Certification Scheme (KPCS) outlines the rules that govern the trade in rough diamonds. The KPCS has developed a set of minimum requirements that each participant must meet. The KP is not, strictly speaking, an international organisation: it has no permanent offices or permanent staff. It relies on the contributions – under the principle of ‘burden-sharing’ – of participants, supported by industry and civil society observers. Neither can the KP be considered as an international agreement from a legal perspective, as it is implemented through the national legislations of its participants.

What are Conflict diamonds? “Conflict Diamonds” means rough diamonds used by rebel movements or their allies to finance conflict aimed at undermining legitimate governments.  It is also described in the United Nations Security Council (UNSC) resolutions.

The Kimberley Process (KP) is open to all countries that are willing and able to implement its requirements. The KP has 54 participants, representing 81 countries, with the European Union and its Member States counting as a single participant. KP members account for approximately 99.8% of the global production of rough diamonds. In addition, the World Diamond Council, representing the international diamond industry, and civil society organisations, such as Partnership-Africa Canada, participate in the KP and have played a major role since its outset.

How does the Kimberley Process work?

The Kimberley Process Certification Scheme (KPCS) imposes extensive requirements on its members to enable them to certify shipments of rough diamonds as ‘conflict-free’ and prevent conflict diamonds from entering the legitimate trade. Under the terms of the KPCS, participating states must meet ‘minimum requirements’ and must put in place national legislation and institutions; export, import and internal controls; and also commit to transparency and the exchange of statistical data. Participants can only legally trade with other participants who have also met the minimum requirements of the scheme, and international shipments of rough diamonds must be accompanied by a KP certificate guaranteeing that they are conflict-free.

Context: The Cabinet Committee on Economic Affairs has given its approval for a new skill development scheme covering the entire value chain of the textile sector excluding Spinning & Weaving in organized Sector, titled “Scheme for Capacity Building in Textile Sector (SCBTS)” from 2017-18 to 2019-20 with an outlay of Rs. 1300 crore. 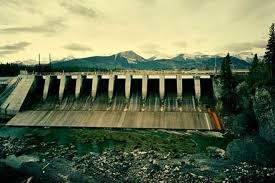 Context: A Loan agreement and a Guarantee agreement for providing additional funding of Euro 20 million has been signed for the project ‘Pare Hydroelectric Plant’ under Indo-German Bilateral Development Cooperation.

About the Pare Hydroelectric project:

What is it? The Pare Hydro Electric Project (2 x 55 MW) is planned as a run-of-the-river scheme on the Dikrong River in the Papumpare District of Arunachal Pradesh.

The broad objective of the project is generation of hydroelectric power for socio-economic development of the North Eastern Region.

The purpose of the project is efficient and ecological friendly generation of electric power. This will contribute to the economic efficient generation of power, growth in the North East region and protection of global climate.