The work of the Real Estate (Regulation and Development) Act, 2016, which mandates the establishment of the Real Estate Regulatory Authority (RERA), will be looked after by the Urban Affairs Ministry. The central government has amended the Government of India (Allocation of Business) Rules 1961, in this regard.

About the Real Estate (Regulation and Development) Act, 2016:

Context: In an effort to tackle the delay in issuing adoption orders by courts, which are supposed to dispose such cases within two months from the date of filing, the Ministry of Women and Child Development is planning to amend the Juvenile Justice (JJ) Act, 2015.

Empower the executive magistrate, instead of the court, to issue orders under the adoption proceedings. Presently, according to the JJ Act, once an adoption order is issued by a court, the child becomes the son/daughter of the adoptive parents for all purposes from the date on which the adoption order takes effect. Further, all ties of the child and his or her biological family stand severed and are replaced by those created by the adoption order.

Need for an amendment:

Though Section 61 (2) of the JJ Act states that the ‘adoption proceedings shall be held in camera and the case shall be disposed of by the court within a period of two months from the date of filing’, a number of adoption proceedings are getting delayed, some even pending for more than two years.

While the intent is good, the execution of this order may not be in the best interest of the child. It is because a district magistrate is already overburdened with several responsibilities and may not be in a position to look at this in detail. Besides, s/he may not have the legal acumen for carrying out these proceedings.

About the Juveniles Justice Act, 2015:

With the launch of ‘The Meghalaya Community Participation and Public Services Social Audit Act, 2017’, Meghalaya has become the first state in India to operationalise a law that makes social audit of government programmes and schemes a part of government practice.

Significance of the Act:

First, it will make it easier to correct course as the scheme is rolling along; the audit is not after all the money has been spent. Two, it gives people a direct say in how money will be spent and fills an information gap for officers as they are directly in touch with the ground. Third, social audits have been civil society initiatives rather than government-mandated. They are now part of the system. Context: Alarmed over the growing antibiotic resistance that has made it difficult to treat many bacterial infections, the Indian Medical Association (IMA) has advised doctors to follow strictly guidelines while prescribing antibiotics. IMA has advised its members to mandatorily restrict the usage of antibiotics for treatment of proven bacterial infections. It has also come out with a policy on anti-microbial resistance.

Despite the Indian Council of Medical Research (ICMR) setting up the National Anti-Microbial Resistance Research and Surveillance Network (AMRRSN) to enable compilation of data of such resistance at different levels of healthcare and publishing of treatment guidelines for anti-microbial use in common syndromes, the problem of multi-drug resistance due to widespread and indiscriminate use of antimicrobial and antibiotic drugs continues unabated in the country.

What is antibiotic resistance? The programme is being organised by the National Disaster Management Authority (NDMA) in collaboration with the United Nations Office for Disaster Risk Reduction-Global Education and Training Institute (UNISDR-GETI).

This training programme will build the capacity of the participants to utilise defined indicators to monitor the progress of the Sendai targets. Training modules at the programme will also enable them to lead consultations and train others on the monitoring of the Sendai Framework Targets.

In June 2016, India became one of the first countries to align its National Disaster Management Plan (NDMP) with the SFDRR, which clearly identifies regional, national and local targets along with short, medium and long-term timelines. Various activities are being undertaken across the country to achieve the targets identified in the SFDRR.

About the Sendai Framework:

What is it? The Sendai Framework for Disaster Risk Reduction (SFDRR), 2015-2030, is the first major agreement of the post-2015 development agenda and identifies targets and priority actions towards reducing disaster risks and implementing development that is both resilient and sustainable. The Sendai Framework is a 15-year, voluntary, non-binding agreement which recognizes that the State has the primary role to reduce disaster risk but that responsibility should be shared with other stakeholders including local government, the private sector and other stakeholders.

The Four Priorities for Action under the Framework: 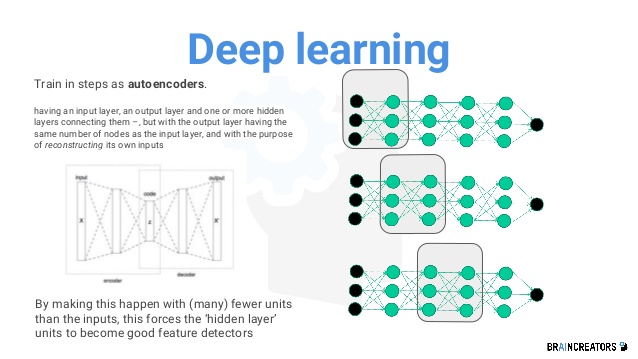 Context: Scientists have announced the discovery of two new exoplanets, Kepler-90i and Kepler-80g. With this discovery, it is now clear that there is another star besides the Sun that has eight planets orbiting it.

Use of Deep learning neural networks:

The new exoplanets have been discovered using a deep learning neural network — an artificial intelligence tool that mimics the workings of a human brain.

What is Deep Learning?

Deep learning is a machine learning technique that teaches computers to do what comes naturally to humans: learn by example. In deep learning, a computer model learns to perform classification tasks directly from images, text, or sound. Deep learning models can achieve state-of-the-art accuracy, sometimes exceeding human-level performance. Models are trained by using a large set of labeled data and neural network architectures that contain many layers.

Deep learning is a key technology behind driverless cars, enabling them to recognize a stop sign, or to distinguish a pedestrian from a lamppost. It is the key to voice control in consumer devices like phones, tablets, TVs, and hands-free speakers. Deep learning is getting lots of attention lately and for good reason. It’s achieving results that were not possible before.

What’s the Difference Between Machine Learning and Deep Learning?

Deep learning is a specialized form of machine learning. A machine learning workflow starts with relevant features being manually extracted from images. The features are then used to create a model that categorizes the objects in the image. With a deep learning workflow, relevant features are automatically extracted from images. In addition, deep learning performs “end-to-end learning” – where a network is given raw data and a task to perform, such as classification, and it learns how to do this automatically.

Another key difference is deep learning algorithms scale with data, whereas shallow learning converges. Shallow learning refers to machine learning methods that plateau at a certain level of performance when you add more examples and training data to the network.

A key advantage of deep learning networks is that they often continue to improve as the size of your data increases.

Context: The Zoological Survey of India (ZSI) has for the first time compiled a list of alien invasive animal species, totalling 157. Of the 157 species, 58 are found on land and in freshwater habitats, while 99 are in the marine ecosystem. This compilation was announced on the sidelines of the National Conference on the Status of Invasive Alien Species in India, organised by the ZSI and the Botanical Survey of India (BSI).

What are invasive animal species?

Alien species become ‘invasive’ when they are introduced deliberately or accidentally outside their natural areas, where they out-compete the native species and upset the ecological balance. Invasive animal species pose a threat to biodiversity and human well-being.

Common characteristics of invasive species include rapid reproduction and growth, high dispersal ability, phenotypic plasticity (ability to adapt physiologically to new conditions), and ability to survive on various food types and in a wide range of environmental conditions.

Why Does it Matter?

Invasive alien species have invaded and affected native biota in almost every ecosystem type on Earth, and have affected all major taxonomic groups. In economic terms, the costs of invasive alien species are significant. Total annual costs, including losses to crops, pastures and forests, as well as environmental damages and control costs, have been conservatively estimated to be in the hundreds of billions of dollars and possibly more than one trillion. This does not include valuation of species extinctions, losses in biodiversity, ecosystem services and aesthetics.

In 2010 almost all of the world’s governments adopted the Convention on Biological Diversity Strategic Plan for Biodiversity, which included 20 headline ‘targets’ referred to as the Aichi Targets. One of these targets (#9) is specifically related to IAS.

“Target 9: By 2020, invasive alien species and pathways are identified and prioritized, priority species are controlled or eradicated and measures are in place to manage pathways to prevent their introduction and establishment”.

This international commitment to addressing IAS was re-affirmed in 2015 through the 2030 Agenda for Sustainable Development which includes 17 goals (SDGs) each with specific targets. The SDGs have nature woven throughout acknowledging that nature is fundamental to human well-being. One of the SDGs #15 Life on land, has a target focusing specifically on IAS.

“By 2020, introduce measures to prevent the introduction and significantly reduce the impact of invasive alien species on land and water ecosystems and control or eradicate the priority species”

Context: The Soviet-era MI-8, also known as ‘Pratap’, the backbone of the Indian Air Force helicopter operations, was recently phased out, bringing an end to its glorious service career spanning 45 years.

Background: Formally inducted in 1972 and rechristened as “Pratap”, MI-8 took part in several major IAF operations, including Operation Meghdoot in the Siachen Glacier and the Indian Peace Keeping Force operation in Sri Lanka. The helicopter, inducted in 10 operational helicopter units, was also extensively used in Humanitarian and Disaster Relief operations, besides being associated with VIP/VVIP flying.

Context: President of India, Ram Nath Kovind, recently laid the foundation stone of the Nyaya Gram project of the High Court of Allahabad.

What is it? It is a model township of High Court in Allahabad. The township includes a judicial academy, an auditorium and residences for judges and staff.