Context: Observing that the Uniform Civil Code cannot be violative of any provision of the constitution, the Law Commission has said that it is planning to recommend religion-wise “piece meal” amendments to family laws if it finds it difficult to come out with a composite uniform civil code. The commission is in the process of segregating the nearly 45,000 suggestions it has received on its questionnaire on the uniform civil code.

Amid a raging debate on uniform civil code, the law panel had in October last year sought public views on the subject to revise and reform family laws, saying the aim is to address social injustice rather than to do away with the plurality of laws. In an appeal issued then, the commission had said the objective behind the endeavor is to address discrimination against vulnerable groups and harmonize various cultural practices.

Uniform civil Code is a proposal to have a generic set of governing laws for every citizen without taking into consideration the religion. 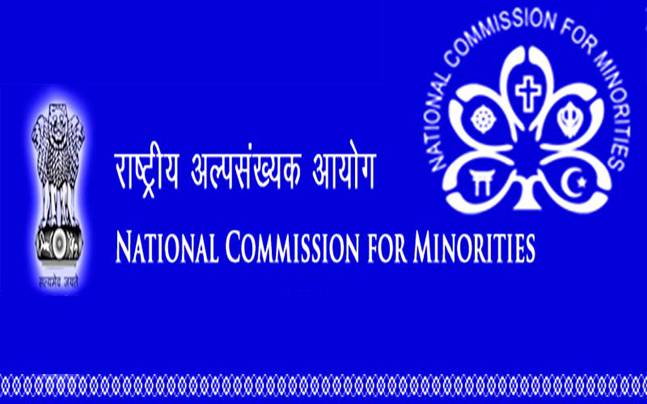 The National Commission for Minorities (NCM) has formed a three-member committee to look into whether Hindus should get minority status in eight states where they are not the dominant religious group. The committee will submit a report on this in three months.

The Union Government set up the National Commission for Minorities (NCM) under the National Commission for Minorities Act, 1992. Six religious communities, viz; Muslims, Christians, Sikhs, Buddhists, Zoroastrians (Parsis) and Jains have been notified in Gazette of India as minority communities by the Union Government all over India. Original notification of 1993 was for Five religious communities Sikhs, Buddhists, Parsis, Christians and Muslims.

The NCM adheres to the United Nations Declaration of 18 December 1992 which states that “States shall protect the existence of the National or Ethnic, Cultural, Religious and Linguistic identity of minorities within their respective territories and encourage conditions for the promotion of that identity.” A recent Supreme Court judgment has accorded courts in India unlimited discretion to determine which parent should have the custody of minor children involved in international parental child abduction. The verdict holds that Indian courts can decline the relief of repatriation of a child to the parent living abroad even if a foreign court, located in the country from where the child was removed, has already passed orders for the child’s repatriation.

The judgment observed that welfare of the child came first over the repatriation order of the foreign court as India was not a signatory to the Hague Convention of “The Civil Aspects of International Child Abduction”.

The judgment came in a case where the father took the younger of the two sons from his wife’s custody in the United States and came to India. The mother’s version was that he had taken the boy on the pretext of visiting the neighbourhood mall. A U.S. Court upheld her lawful custody and ordered the man to return his son to his wife.

What is Inter-country parental child abduction?

Inter-country parental child abduction is a situation that is attained when one parent takes a child or children to a foreign country to prevent the other parent from seeking custody of the child.

India’s case-load (regarding IPCA) is second largest in the United States which is followed by Mexico. At least 90 children from 80 Indian-American families were affected by separating parents and the legal problems involved. As more and more Indians are studying and working in the U.S, such cases are growing in number and it is necessary to get a better mechanism to deal with this.

The Hague Convention on the Civil Aspects of International Child Abduction or Hague Abduction Convention is a multilateral treaty developed by the Hague Conference on Private International Law (HCCH) that provides an expeditious method to return a child internationally abducted by a parent from one member country to another. The Convention entered into force between the signatories on 1 December 1983.

US recognizes Jerusalem as Israel’s capital In a major announcement, United States President Donald Trump has officially recognized Jerusalem as the capital of Israel night and has directed the State Department to initiate the process of moving the American embassy from Tel Aviv to Jerusalem, which many Arab leaders warn can trigger an upheaval in the already volatile Middle East. Israel considers the “complete and united Jerusalem” its capital, but Palestinians claim East Jerusalem for the capital of their future state.

What is the international status of Jerusalem?

The walled Old City of Jerusalem, at just one square kilometer, is home to sites that are among the holiest in Judaism, Christianity, and Islam. Because of its unique cultural and religious significance, the UN General Assembly set aside Jerusalem to be a corpus separatum, or separated body, under UN trusteeship when it voted in 1947 to divide the British mandate of Palestine into two states, an Arab one and a Jewish one.

That position remained the international consensus even after the partition plan itself was preempted by Israel’s declaration of independence in 1948 and the subsequent invasion by Arab powers. An armistice the following year divided the mandate along what has become known as the Green Line, which cuts through the middle of Jerusalem. Israel established its seat of government in the western half of the city, while, across a no man’s land lined with barbed wire, Jordan took control of the city’s eastern half, including the Old City.

Israel captured East Jerusalem in 1967 and subsequently annexed it, redrawing its municipal borders to include surrounding Arab villages. In 1980, Israel’s parliament, the Knesset, designated the united city as Israel’s capital. By contrast, the West Bank, also captured in 1967, was not annexed; it remains under military occupation and Palestinians have partial self-government there, through the Palestinian Authority (PA). While Israel controls the city, the Oslo Accords, signed by Israel and the Palestine Liberation Organization (PLO) in 1993, stipulated that Jerusalem’s disposition would only be decided on in permanent-status negotiations between the parties. Other major issues under negotiation concern refugees’ right of return, security arrangements, borders, and mutual recognition.

Who lives in Jerusalem?

Jerusalem is home to nearly one million residents. West Jerusalem’s population of some 330,000 is almost entirely Jewish. The eastern half of the city, which comprises the Old City, Palestinian neighborhoods, and refugee camps, along with some newer Jewish settlements, is home to about 320,000 Arabs and 212,000 Jews. Unlike Palestinians who live elsewhere in Israel, most Palestinian East Jerusalemites have permanent residency, but not citizenship, since they do not recognize Israeli sovereignty over the city.

How have other countries reacted?

The Islamic world is outraged. Palestinian President Mahmoud Abbas has warned of “dangerous consequences”, Jordan’s King Abdullah II and Saudi King Salman have cautioned the US, Turkey has threatened to cut ties with Israel, Iran has declared that “the Palestinian nation will achieve victory”, China has said it “could sharpen regional conflict”, Egypt, the Arab League and several European nations have expressed grave reservations, and the Pope has pleaded for status quo. Hamas has threatened an intifada, and Hezbollah could react aggressively. India, friends with both Palestine and Israel, could face a quandary.

Trump’s announcement is likely to compound a broader crisis of confidence among Palestinians that President Mahmoud Abbas, who has been in office for many years beyond his electoral mandate, can deliver statehood. Fatah and Hamas have called for protest. Even as China continues to stall India’s Nuclear Suppliers Group (NSG) membership, Russia has come out strongly in support of India saying that India’s application cannot be “interlinked” with that of Pakistan and that Moscow is discussing the issue with Beijing at different levels.

China has favoured a criteria-based approach for expansion of the 48-member group, which controls international nuclear commerce, instead of one based on merit, in what India sees an attempt to draw a false equivalence between India’s case and Pakistan’s.

Nuclear Suppliers Group (NSG) is a multinational body concerned with reducing nuclear proliferation by controlling the export and re-transfer of materials that may be applicable to nuclear weapon development and by improving safeguards and protection on existing materials. Interestingly, the NSG was set up in 1974 as a reaction to India’s nuclear tests to stop what it called the misuse of nuclear material meant for peaceful purposes.

Why India should be granted NSG membership?

In this game of developing nuclear weapons India has not indulged in any dubious/clandestine activity and its programme has been developed solely by years of hard work indigenously. By this single act India has shown that developing a credible nuclear weapons programme through honest and civilian means is possible for any country having high-level scientific manpower and materials.

Besides, by declaring a voluntary moratorium on further underground nuclear tests India has effectively acted in sense and spirit of NPT/CTBT provisions. By steering its programme only as a minimum deterrence and pledging NFU unless faced with an attack of weapons of mass destruction (WMD), India has established itself as a responsible nuclear state.

Benefits associated with NSG membership- Once admitted, an NSG member state gets: Solutions offered by the UNICEF:

What is it? It is an Indian Navy exercise for undertaking Search and Rescue (SAR) and providing Humanitarian Assistance and Disaster relief (HADR) material support, over Southeast Arabian Sea and L& M islands in the aftermath of Very Severe Cyclonic Storm ‘OCKHI’.