Features of the Green Habitat concept:

Significance of this concept:

Not only the danger posed by unscientific construction practices, but also the scarcity of conventional building materials is a reason to draw up an alternative green habitat concept.

Laws and legislation alone are not enough to implement the green habitat concept. A thorough grassroot level campaign is inevitable to create awareness about this among public and inculcate a green culture among them.

International Day of Persons with Disabilities

Context: International day of persons with disabilities was observed on December 3 to promote the rights and welfare of disabled individuals around the globe. 2017 Theme: “Transformation towards sustainable and resilient society for all”.

Various efforts in this regard:

Building on many decades of UN’s work in the field of disability, the Convention on the Rights of Persons with Disabilities, adopted in 2006, has further advanced the rights and well-being of persons with disabilities in the implementation of the 2030 Agenda for Sustainable Development and other international development frameworks, such as the Sendai Framework for Disaster Risk Reduction, the Charter on Inclusion of Persons with Disabilities in Humanitarian Action, the New Urban Agenda, and the Addis Ababa Action Agenda on Financing for Development.

People with disabilities are arguably the largest ‘invisible minority’ on the planet. WHO figures say that 15.3% of the world’s population lives with some kind of disability. But India’s 2011 census says that only 2.21% of the population have disabilities.

Context: Bangladesh and Myanmar recently signed a Memorandum of Agreement to begin the repatriation of more than 6,20,000 Rohingya refugees who have fled to Bangladesh in the past few months. Further, a joint working group including officials from Bangladesh, Myanmar and the United Nations High Commission for Refugees (UNHCR) will be set up in three weeks, and Myanmar would begin to repatriate the refugees within two months, by January 23, 2018. What had led to the exodus?

Since August, when the Myanmar military began a crackdown on Rohingya villages in Rakhine after a series of terror strikes on army camps, the numbers that have escaped burning homes and alleged atrocities by the authorities, have risen rapidly, with most seeking shelter across the border in Kutupalong camp of Bangladesh’s Cox’s Bazaar. The UN has condemned the violence as a case of “ethnic cleansing” and “genocide”, putting pressure on Myanmar’s leadership to end it.

How did China help?

Talks between Bangladesh and Myanmar appear to have been guided not by international agencies, but by China. China had announced that it favoured a “three-step” solution, comprising a ceasefire in Rakhine, a bilateral repatriation deal for the Rohingya to Myanmar and long-term solutions including the economic development of the Rohingya areas.

Beijing has deep interests in Rakhine, especially in the Kyaukpyu Port, with oil and energy pipelines to Yunnan province forming part of a $10 billion economic zone in its Belt and Road Initiative.

While on the one hand, China has protected the Myanmar regime from international sanctions at the UN thus far, it has tied itself to the success or failure of the repatriation agreement, on which the fate of the Rohingya now rest.

According to the deal, Myanmar has committed not to delay sending those repatriated back to their original homes, but this task will be made more difficult by the fact that that many of the Rohingya villages have been burnt down. Also of concern is the stipulation that those who will be accepted by Myanmar must show their Myanmar-issued identity cards, not just their Bangladesh-issued refugee cards. Finally, international human rights agencies have warned that refugees cannot be forced to return while threat of violence against them persists, even as they process the trauma borne of the atrocities they fled from.

Context: India has been re-elected to the Council of the International Maritime Organization [IMO] under Category “B” at the recently held 30th session of the Assembly of the IMO in London. With re-election in IMO, India will continue to engage with the international maritime community to further her maritime interests and promote the welfare of her citizens. 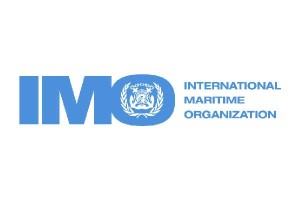 India has been one of the earliest members of the IMO, having ratified its Convention and joined it as a member-state in the year 1959. India has had the privilege of being elected to and serving the Council of the IMO, ever since it started functioning, and till date, except for two years for the period 1983-1984.

The International Maritime Organization – is the United Nations specialized agency with responsibility for the safety and security of shipping and the prevention of marine pollution by ships.

The IMO Council acts as the IMO’s Governing Body. It has a crucial role to play in deciding various matters in relation to the global shipping industry, including its work programme strategy and budget.

Context: Venezuelan has launched its own cryptocurrency, called the “Petro,” which will be backed by the country’s vast natural resource reserves. The country has also approved the creation of a BlockchainBase observatory to oversee the development and rollout of the new cryptocurrency. OPEC member Venezuela boasts the largest proven reserves of crude oil in the world, but has struggled against the plunge in oil prices which began in 2014.

The purpose of Petro will be to advance the country’s monetary sovereignty, to carry out financial transactions and to defeat the financial blockade against the country.

The value of the new cryptocurrency will be pegged to the country’s vast reserves of oil and gas as well as its mineral wealth, including gold.

With the new cryptocurrency, Venezuela hopes it can overcome the economic blockade which the U.S. has put on the country. The blockade has caused the country’s national currency, the Bolivar, to lose around 57% of its value in the last four weeks.

While it’s great to see yet another country deciding to set up a national cryptocurrency, Venezuela will likely garner some friction from the U.S. over the move. The Trump administration has already been railing against Venezuela and its socialist leadership in-between tirades against Iran and North Korea.

What you need to know about the cryptocurrencies?

Founded as a peer-to-peer electronic payment system, cryptocurrencies enable transfer of money between parties, without going through a banking system. These digital payment systems are based on cryptographic proof of the chain of transactions, deriving their name, Cryptocurrency. These employ cryptographic algorithms and functions to ensure anonymity (privacy) of the users (who are identified by an alphanumeric public key), security of the transactions and integrity of the payment systems. “Decentralised Digital Currency” or “Virtual Currency” is also interchangeably used for a cryptocurrency.

How are they used?

Cryptocurrency is fundamentally a decentralised digital currency transferred directly between peers and the transactions are confirmed in a public ledger, accessible to all the users. The process of maintaining this ledger and validating the transactions, better known as mining, is carried out in a decentralised manner. The underlying principle of the authenticity of the present to historical transactions is cryptographic proof, instead of trust; different from how it happens in the case of traditional banking systems.

Context: With a huge talent pool and growing demand for innovation in drugs and medical devices to address the rising disease burden, the demand for the creation of a favorable environment for clinical trials in the country has once again come to the fore. Epidemiological transition, in recent decades, compounded with the burgeoning population as well as widespread malnutrition and poverty, have resulted in the steep rise in both communicable and non-communicable diseases in the country, across all age groups. To counter this rising burden of disease, there is a compelling need for local clinical trials.

After a peak in 2009-2010, the clinical research sector in India is continually contracting. India represents 17.5% of the world’s population but conducts only 1.4% of global clinical research. This is unfortunate, considering we have all the requisite factors, such as English-speaking health-care professionals, a large number of experts, steady economic growth, access to world-class technologies, strong IT- and data-management infrastructure, access to ethnically diverse patient populations and competitive operational costs. All these factors present clear advantages for clinical research.

Recent push by the government:

Health research is not only crucial to the development of new diagnostic tools and treatments, it goes on to guiding the planning of health-care services in the appropriate direction, facilitating continuous evaluation and improvement of medical care, and allowing a thorough investigation of risk factors and disease associations. Therefore, Improvements in the overall policy environment can have a significant impact on attracting and securing greater investment and the associated economic gains.

To reap the benefits of clinical trials, our objective should be to bring about more clinical research in the country while maintaining high standards to ensure patient safety and accuracy of data.

On the eve of World Disability Day, the Telangana State government has entered into an agreement with Vindhya E-Infomedia Private Limited to set up the IT campus which will focus on creating employment exclusively for PWDs. With this Hyderabad is all set to be a home for world’s first Information Technology campus for persons with disabilities (PWDs).

The proposed campus spread over 10 acres, will come up in the IT Park developed by the State government near Hyderabad International Airport and will have all amenities like training, residential facility and delivery centers. The campus which will cater to various clients both domestic and international, is aimed to provide training and employment for 2,000 people in the next five years.

The Andhra Pradesh assembly has unanimously passed the Kapu reservation bill which will provide the community with a 5% quota in education and employment in the state.

The state government will now send this bill to the centre. As 5% of reservation to Kapus makes total reservation exceed 50%, central govt nod is compulsory. Kapus are primarily an agrarian community, forming a heterogeneous peasant caste.

What is it? It is the annual U.S.-South Korean aerial drill. It is their largest ever joint exercise. It is designed to enhance their readiness and operational capability and to ensure peace and security on Korean peninsula.