National drug pricing regulator NPPA has capped prices of 51 essential formulations, including those used for the treatment of cancer, pain, heart conditions and skin problems. The prices have been slashed in the range of 6 to 53%. 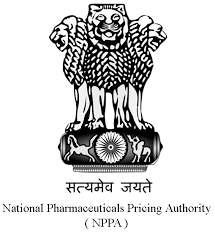 NPPA fixes ceiling price of essential medicines of Schedule I under the Drugs (Prices Control) Order (DPCO) 2013. In respect of medicines that are not under price control, manufacturers are allowed to increase the maximum retail price by 10 per cent annually. The calculation for essential drugs is based on the simple average of all medicines in a particular therapeutic segment with sales of more than 1%.

NPPA is an organization of the Government of India which was established, inter alia, to fix/ revise the prices of controlled bulk drugs and formulations and to enforce prices and availability of the medicines in the country, under the Drugs (Prices Control) Order, 1995. The organization is also entrusted with the task of recovering amounts overcharged by manufacturers for the controlled drugs from the consumers. It also monitors the prices of decontrolled drugs in order to keep them at reasonable levels. The National Foundation for Communal Harmony (NFCH) is an autonomous organisation with the Ministry of Home Affairs.

Under its Project ‘Assist’, the NFCH also provides financial assistance for relief and rehabilitation of children rendered orphan or destitute in communal, caste, ethnic or terrorist violence. State Bank of India, the country’s largest public sector bank, has launched a unified integrated app called YONO (You Need Only One) that would offer all kinds of financial and lifestyle products. In a significant step towards realisation of the Prime Minister’s vision for creation of a New India by 2022, Government has identified 115 backward districts for rapid transformation by 2022. For each of the Districts, a senior official in the rank of Additional secretary and Joint secretary has been nominated as Prabhari officer. The First meeting of the Prabhari Officers was recently held under the chairmanship of Cabinet Secretary. The meeting was attended by Secretaries of the important central Ministries.

Role of Prabhari officers in developing these districts:

For the program to succeed, third party validation of key performance indicators in the field of education, health and nutrition, basic infrastructure including roads, electricity, household toilets, agriculture and irrigation is necessary.

If these districts are transformed, there would be tremendous improvement in the internal security environment of the country. While 35 Districts have been selected on the basis of reported violence by Left Wing Extremism, 55 districts out of 115 are affected by Left Wing extremism and another 15, including districts in J&K and North East are affected by terrorism. If Prabhari officers can bring convergence in the development efforts of different Ministries and state Governments and the schemes specially launched by Home Ministry in these districts, it would serve as a great opportunity to ensure rapid development in the country. A high level delegation of the International Union of Geological Sciences (IUGS) recently visited India to discuss the preparatory aspects of the 36th International Geological Congress (IGC) to be held in Delhi, India in the year 2020.

Described as the Olympics of Geosciences, the IGCs are held quadrennially under the aegis of the IUGS through a process of global bidding. India won the bid in 2012 at Brisbane, Australia to host the Congress in 2020. The win is a remarkable achievement as the event makes a come back to the Indian soil after nearly 6 decades much to the excitement of the entire geoscientific community.

The event is being jointly funded by the Ministry of Mines and Ministry of Earth Sciences with the active support of the Indian National Science Academy (INSA), and the Science Academies of the other neighbouring co-host countries, Bangladesh, Nepal, Pakistan and Sri Lanka.

About the International Geological Congress (IGC):

International Geological Congress (IGC) is the prestigious global platform for advancement of Earth Science. The first session of IGC assembled in 1878 in France with an aim to provide the global geological community with an opportunity to create an organizational frame work for meeting at regular intervals.

It envisaged a spirit of fraternal cooperation that transcends boundaries, languages and has the ability to bring together the geo-scientific community across the continents and oceans.

Founded as a non-profit scientific and educational organization in 1878, IGC came under the aegis of International Union of Geological Sciences (IUGS) in 1961. Since then the meetings of IGC are held in collaboration and under scientific sponsorship of IUGS.

Since the inception of IGC, 33 Congresses have been hosted by 24 countries throughout the world at 3- to 5-year intervals. The 34th Session was held at Brisbane, Australia during August 2012 and the 35th IGC is scheduled to be held at Capetown, South Africa in 2016.

The government has doubled the incentive for exporters of garments and made-ups under the Merchandise Export from India Scheme (MEIS) to support declining textile exports. Incentive rates for the two sectors have been enhanced to 4% of value of exports from 2% with effect from November 1 to June 30, 2018.

Under the programme, exporters are given duty exemption scrips that are pegged at a certain percentage of total value of their exports. These scrips can be used to pay duties on inputs including customs.

Objective of Merchandise Exports from India Scheme (MEIS) as per Indian Foreign Trade Policy 2015-20 (FTP 2015-20) is to offset infrastructural inefficiencies and associated costs involved in export of goods/products, which are produced/manufactured in India, especially those having high export intensity, employment potential and thereby enhancing India’s export competitiveness. The exercise conducted under the aegis of Andaman and Nicobar Command, is India’s only operational tri-services command.

The main objective of the exercise is to practice & validate procedures and drills of all the Command forces aimed at defending Andaman & Nicobar Islands.