Constitution Bench’s historic decision, in October 2015, to strike down the government’s National Judicial Appointments Commission (NJAC) law. The NJAC law had given politicians an equal say in judicial appointments to constitutional courts.

In December 2015, Apex Court directed the centre to iron out the do’s and don’ts of judicial appointments to the Supreme Court and the high courts Transport sector is the biggest consumer of energy, especially railway as the single largest consumer with share of about 2% of National energy consumption. Rail being the most energy efficient mode of transport is further working to change the energy mix towards greener sources

Electrification is a powerful measure to achieve cost effectiveness.

It improves mobility by use of high power energy efficient Locomotives, facilitate shift of traffic from road to rail and also to reduce carbon footprints. In addition electrification will also reduce traction energy bill substantially

Phase 1 of Bharat Net project to be completed by December ‘i-Bharat 2017’ conference held in the New Delhi, based on the theme of ‘ICT Elucidations for Unserved and Unsolved’, organised by industry body FICCI in association with the ministry of electronics and information technology.

These companies will be the future ‘Monument Mitras’ who would associate pride with their CSR activities. The project primarily focuses on development and maintenance of world-class tourist infrastructure and amenities like Cleanliness, Public Conveniences, Ease of access, secure environment, illumination and night viewing facilities for an overall inclusive tourist experience that will result in more footfall from both domestic and foreign tourists.

Mandatory use of Public Finance Management System (PFMS) will help monitor the flow of funds to beneficiaries of different government welfare schemes.

Public Financial Management System (PFMS) initially started as a Plan scheme named CPSMS of the Planning Commission in 2008-09 as a pilot in four States of Madhya Pradesh, Bihar, Punjab and Mizoram for four Flagship schemes e.g. MGNREGS, NRHM, SSA and PMGSY. After the initial phase of establishing a network across Ministries / Departments, it has been decided to undertake National rollout of CPSMS (PFMS) to link the financial networks of Central, State Governments and the agencies of State Governments. The scheme was included in 12th Plan initiative of Planning Commission and Ministry of Finance. Small Industries Development Bank of India (SIDBI), set up on April 2, 1990 under an Act of Indian Parliament, acts as the Principal Financial Institution for the Promotion, Financing and Development of the Micro, Small and Medium Enterprise (MSME) sector and for Co-ordination of the functions of the institutions engaged in similar activities. Catalonia is one of Spain’s most prosperous regions and already has a high degree of autonomy. But it has a series of historic grievances, exacerbated during the 1939-1975 Franco dictatorship, when its culture and politics were suppressed.

Catalonia held an Independent referendum on Oct. 1, 2017 which was declared illegal by Madrid and marred by heavy-handed national police tactics to stop it. France is a major partner for India in developing various key military platforms including the Scorpene submarines. Parly attended foundation ceremony of an aerospace park being set up under a joint venture by French aircraft manufacturer Dassault Aviation and Anil Ambani-promoted Reliance Aerospace Ltd.

GS3 Topic: Science and Technology- developments and their applications and effects in everyday life

Parasite Leishmania donovani is believed to be responsible for the dreaded infection.

People get infected when bitten by an insect called the sandfly, which harbours the disease-causing parasite. of treatment regime and may aid attempts to eradicating the disease. United Nations Conference on Trade and Development (UNCTAD) was established in 1964. UNCTAD is the principal organ of the United Nations General Assembly dealing with trade, investment, and development issues. The primary objective of UNCTAD is to formulate policies relating to all aspects of development including trade, aid, transport, finance and technology. The conference ordinarily meets once in four years; the permanent secretariat is in Geneva. 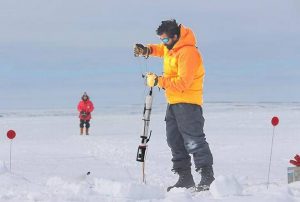