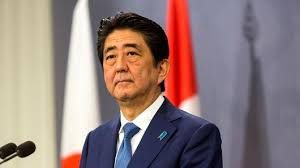 PM slammed Opposition that it has no right for questioning the Election Commission’s motives in delaying the announcement of the Assembly poll schedule for the Gujarat State. Articles 324 – 329 mention the Election Commission of India and contain all the relevant provisions.

Topic: Important aspects of governance transparency & accountability and institutional and other measures

A plea has been filed in the Supreme Court for an early hearing of a petition challenging a 2011 government notification, which includes the Central Bureau of Investigation (CBI) on the list of “intelligence and security organisations” exempted from disclosing information to the public under section 24 of the Right to Information Act. CBI is only an investigating agency and not a security or intelligence organisation. “Such an administrative decision has a profound impact on the citizens of India as it restricts their fundamental right to information. By this method the government could keep adding organisations to the Second Schedule, which do not meet the express criteria laid down in Section 24(2) of the RTI Act and ultimately render the RTI Act ineffective,” the application said.

Section 24 of the RTI act is titled ‘act not to apply to certain organizations’. it provides exception to obtaining information from intelligence and security organisations specified in the second schedule to the rti act or any information furnished by them to the government.

The Prime Minister, inaugurated Phase 1 of the RO RO (Roll on, Roll off) ferry service between Ghogha in Saurashtra, and Dahej in South Gujarat which shall reduce the travel time from eight hours to over an hour. 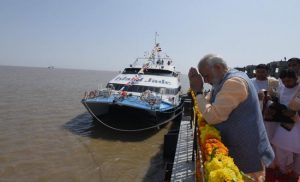 What is Blue Economy:

It is the sustainable use of ocean resources for economic growth, improved livelihoods and jobs, and ocean ecosystem health. It encompasses many activities

Topic : Science and Technology- developments and their applications and effects in everyday life 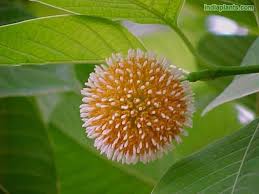